A Deadly Virus of Hate Infects the Globe

There is a deadly virus that is quickly spreading throughout the world. This scourge threatens the health and well being of millions of people. It’s a mortal infection that knows no borders and is challenging the stability of nations. It will fatally attack and shatter families across the globe. It will even threaten the security and future of the world as we know it.

What I’m talking about is the rising epidemic of ignorance, authoritarianism and hate.

Thanks to the ascendance of right wing demagogues and religious extremists – ugly behavior that was recently considered unspeakable and uncivilized – is being brazenly spoken and contaminating our civilization.

For example, a hideously offensive carnival celebration in Spain featured a float evoking Holocaust gas chambers. The procession included people wearing Nazi uniforms, as well as dancers dressed like Jews in striped concentration camp uniforms. Yes, this actually happened – and allegedly good, salt of the earth folks stood there and watched – and said nothing – like it was just another day at the carnival.

What the hell is wrong with people? Who in their right mind would think that’s OK?

Apparently, a lot more people than you think. Across the world stage – including the United States — dressing up and playing Nazi, while joyously reenacting the extermination of millions of people is in vogue.

Before you write this off as clueless individuals having fun, it seems the costumes are actually art imitating life. The Anti-Defamation League’s most recent audit of Anti-Semitic incidents in the United States recorded 1,879 acts in 2018, with a dramatic increase in physical assaults, including the deadliest attack on Jews in U.S. history. Assault, harassment and vandalism against Jews remain at near-historic levels in the U.S.

In Eastern Germany, they are actually electing barely disguised Nazis to political office. They must have short memories, it didn’t end so well last time they tried this.

The world has gone mad. The situation across the globe is so disturbing, that Holocaust survivors are desperately warning us to wake up and pay attention. They’ve lived through this psychotic movie before and they are sounding the alarm that it may happen again if we don’t fight back and reverse course.

Here’s the truth: When hate is enabled and encouraged by our leaders – violent, demented monsters become emboldened and goose step out of the closet.

Those of us living in the United States are well aware that hate is on the rise thanks to irresponsible politicians that seek to divide our country for political gain. A new joint study by scientists at Southern Methodist University and University of California Riverside found:

“…exposure to racially inflammatory statements by Trump caused those with high levels of prejudice to be more likely to perceive engagement in prejudiced behavior as socially acceptable. 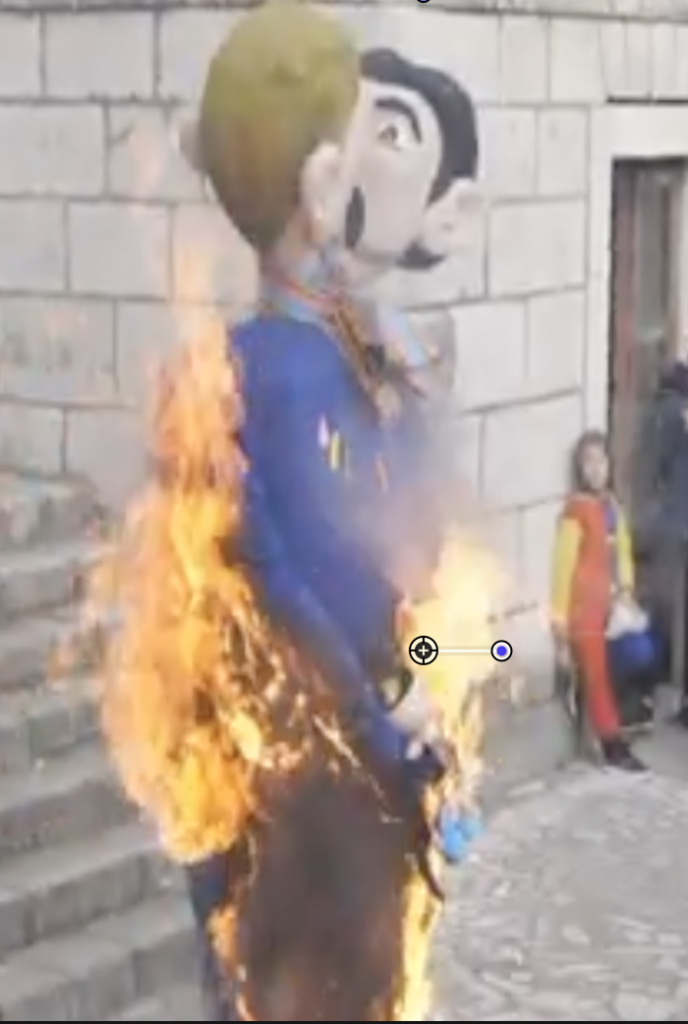 minorities and lead to actual attacks that maim and murder real people in the real world.

Pink News also reports that in Poland, a third of the country has declared itself to be an official “LGBT-free” zone as local municipalities sign a pledge adopting resolutions against “LGBT propaganda”. What they call propaganda, is actually truthful and accurate information about LGBT people. What these haters seek, is the ability to conduct dishonest smear campaigns to demonize our community – while limiting the LGBT population’s ability to organize, tell the truth and fight back.

This despicable campaign comes as no surprise, given that the far right wing government in Poland has even tried to whitewash history. The government had passed a law that criminalized references to Polish guilt in Nazi atrocities and was to be enforced with jail time. Poland backtracked after an international outcry. But clearly, there is a problem in the land of Auschwitz, where facts are being replaced by right wing fiction.

The entire country of Nigeria – much like Chechnya — has become a hunting ground to round up and persecute LGBT people. There are intrusive police raids on gay venues, including private parties. These police invasions grossly violate privacy and run roughshod human rights. They are cowardly actions that seek to publicly humiliate LGBT people and turn them into outcasts and pariahs. The sadistic goal is to deliberately destroy the lives of those caught in the oppressive dragnet and shatter any chance of a viable future.

In the past few years, there has been a growing hysteria about LGBT people in Indonesia, which is stigmatizing them and making life more difficult by the day.

A draconian bill has now been introduced that would put LGBT people in concentration camps – euphemistically called “rehabilitation centers.” The abusive proposed camps, which may be intended to “cure” homosexuals, or worse, could possibly be inspired by the Chinese government’s imprisoning of its Uighur Muslim minority in similar reeducation camps. Or, maybe Indonesia was encouraged to act with impunity after watching the world do virtually nothing while Myanmar persecuted the Rohingya.

These clear moral outrages and grotesque abuses of human rights are not happening in a vacuum. We can’t separate the barbarism from the cancerous growth of authoritarianism and outright fascism that is spreading its tentacles across the globe. Authoritarian strongmen like Putin, Trump, Modi, Bolsonaro, Duterte, Kim Jong un, Erdogan, Xi, Orban and others, are taking this planet in a sick, terrifying direction.

In India, the New York Times reports that rioters roamed the streets with iron rods and wooden sticks, demanding to know whether people were Hindus or Muslims. Two days of communal violence in the northeastern part of Delhi left at least 17 people dead and 150 injured in the worst such clashes in India’s capital in decades.

These totalitarian strongmen seek to create a dystopian world where truth is what they say it is – and international standards for human rights are non-existent. These tyrants elevate ignorance over education, sabotage the latest science and place personal loyalty above saving lives.

I’m afraid we may learn this lesson in the United States, with Trump’s handling of the coronavirus. At first, the president seemed primarily concerned with the stock market and how it would affect his chances at reelection. He stood on stage and contradicted his own scientists, while downplaying the possibility of a pandemic. He blamed the “fake news.” He blamed the “Democrats.” All the while praising himself for what a phenomenal job he was doing.

Donald Trump then put the worst possible person in America in charge of containing the virus: Vice President Mike Pence.

This is a backward religious zealot with a medieval mindset who has been at war with science for decades. At the beginning of his political career, Pence believed that smoking doesn’t kill people. He still believes that evolution is just a theory. As Indiana’s governor, Pence tried to pray away an HIV outbreak, while blocking a needle exchange program that could have saved lives.

What else would we have expected from the Trump administration, which drastically cut funds for the Centers for Disease Control and Prevention – including an 80 percent cut to the agency that fights global disease outbreaks. Trump also closed down the entire global health-security unit of the National Security Council.

For a self-professed germ-o-phobe, Trump certainly seems to be on the side of Team Germ.

But at least we have some of the best scientists in the world to give us the unvarnished truth. Whoops – not anymore. The Trump administration has put a gag order on scientists, forcing them to clear information with Mike Pence before they speak publicly. Unless we get lucky – and we could — we are so screwed.

What we need, is advice from medical doctors, and instead they are shoveling messages from spin-doctors. We need experts, and they are providing anti-science extremists. We need truth, and instead Trump and Pence want to spoon feed us politically convenient tales. Like any good authoritarian Banana Republic.

We also have to contend right wing propaganda media machine. New York Times columnist Paul Krugman pointed out today that radio blowhard Rush Limbaugh, who just received the Presidential Medal of Freedom from Donald Trump said: “It looks like the coronavirus is being weaponized as yet another element to bring down Donald Trump… Now, I want to tell you the truth about the coronavirus. … The coronavirus is the common cold, folks.”

Krugman pointed out that the early warning signs show that the virus may be as lethal as the 1918 Spanish Flu, which killed as many as 50 million people.

But aren’t we lucky – we have the thoughts and prayers of Republican leaders. Because, you know, it worked so well at stopping the epidemic of gun violence.

Fortunately, there is a vaccine to cure the illness of ignorance and hate that has spread to so much of the world. And that’s you. We must come together from all different backgrounds to fight the rise of hate, stupidity, greed, political violence and religious fanaticism. We can vote, volunteer, or give money to non-profit organizations that combat hate.

But most important, when you bear witness to bigotry – stand up and speak out. When you encounter evil – be the counterbalance. It’s not always easy, and sometimes it’s even dangerous, but if you don’t do your part, who will? If you don’t stand up for others, who is will be there to help you?

We are never safe in our silence. When we say nothing in the face of evil, we are simply postponing our own day of reckoning. Remember, the bullies and bigots are cowards who depend on good people being too scared to fight back.

It is up to each one of us to do our part to contain the deadly virus of hate and ensure we live in a world of democratic societies that is fair and free, where decency triumphs over the deranged ideas that are now infecting the globe.

Previous post:
William Barr’s Religious Extremism May Explain His Alarming Behavior Next Post:
What does the Black Plague Teach US About COVID-19?
about the author: Wayne Besen