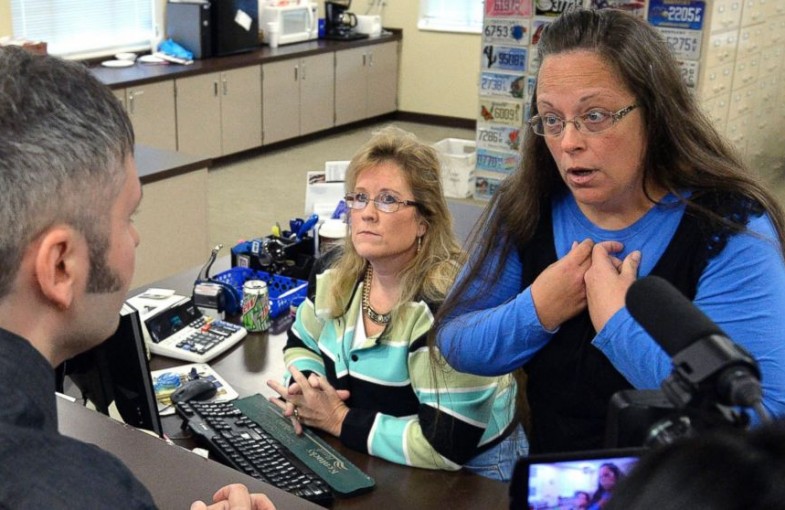 In the same way that the rise of Donald Trump is the logical conclusion of a Republican Party that has lost its way, it is only natural that the most notable faces on the Religious Right in 2015 are Josh Duggar and Kim Davis.

Duggar, one of the children on TLC’s canceled reality television show, “19 Sins and Counting,” is infamous for molesting his sisters, allegedly hiring prostitutes for rough sex, and creating an Ashley Madison account to cheat on his wife – all while acting as a paragon of moral virtue for the Washington, DC based racket, The Family Research Council.

Davis, the elected Clerk of Rowan Country Kentucky, refuses to give marriage licenses to gay couples because she is following “God’s Law.” As with Duggar, her holier-than-thou act is betrayed by her actual lifestyle. U.S. News has revealed “Davis divorced three times, first in 1994, then 2006, and again in 2008. She gave birth to twins five months after divorcing her first husband. They were fathered by her third husband but adopted by her second. Davis worked at the clerk’s office at the time of each divorce and has since remarried.

Far from a wholesome defender of the family, it would take Jerry Springer to sort out Davis’ unseemly maze of marriages. Adding to the “Springer Effect” is her fourth husband, Joe Davis, who sounds like he was cast for a new reality show, “The Biblical Beverly Hillbillies.” He told the Associated Press that his wayward wife is “standing for God.” He says that he believes in the Second Amendment and, “I’m an old redneck hillbilly, that’s all I’ve got to say. Don’t come knocking on my door.”

Given her tawdry track record Davis is not just a hypocrite she is an apostate. While Jesus never mentioned homosexuality, he was quite explicitly against divorce. Yet, Davis has cynically used her clerk’s office as a personal marriage license mill, while denying gay couples their constitutional right to marry.

It is an indictment of the modern conservative movement that they continue to recruit and promote right wing riff raff like Duggar and Davis, while spotlighting weirdoes like Duck Dynasty’s Phil Robertson and Ted Nugent. Thanks to the company so-called Christian conservatives keep, the faith they claim to cherish is becoming more associated with chicanery than charity.

For years, sleazy conservative organizations have relied on gay bashing as a cash cow. With this issue losing steam, they are desperate to create new wedge issues to fill their coffers. This is why the Liberty Counsel is facilitating Davis’ rebellion against the rule of law. They are egging Davis on, in her dead end quest, because they are in desperate need of fake victims and phony martyrs to fulfill their overheated, trumped-up, direct mail prophecies that predict marriage equality would lead to the “criminalization of Christianity.”

Both charlatan Davis and the shysters at Liberty Counsel are avaricious phonies and an affront to actual, principled Christianity. Their real God is greed and they bow at the altar of 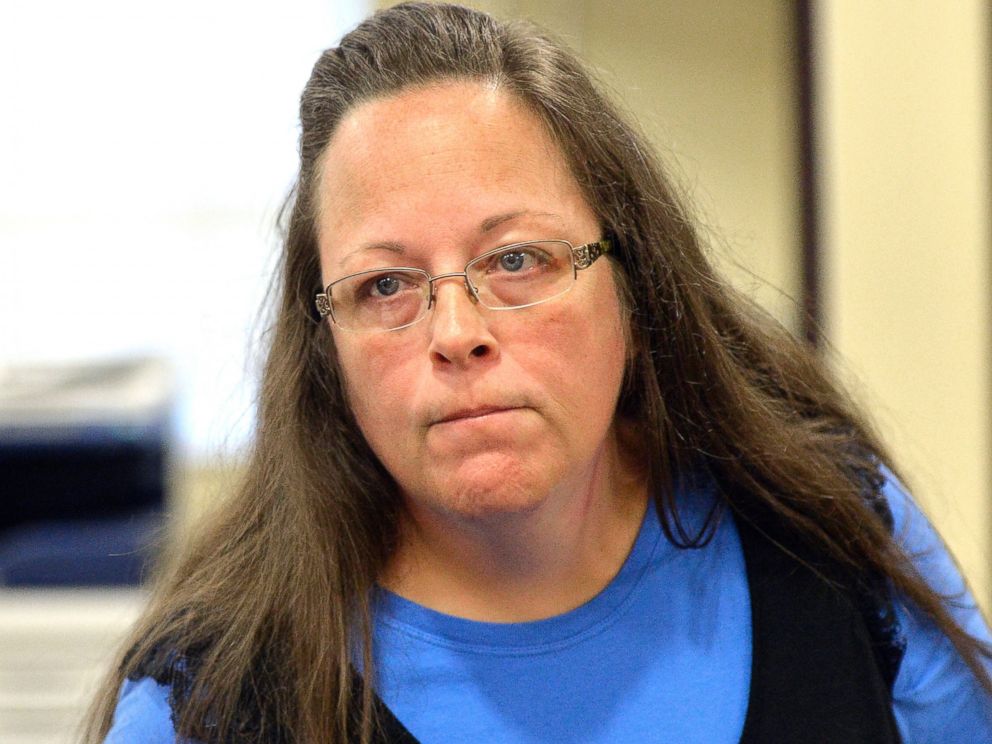 mammon. How else does one explain Liberty Counsel embracing a woman married four times to act as the great defender of traditional marriage?

Right wing talk show host Bryan Fischer tweeted: “Kim Davis is an American Hero. Standing on timeless truth against politically correct tyranny.” He then compared this bigot to a modern day Rosa Parks. At best this is a hilarious hoax, at worst it is a conniving con to bilk people of faith out of their hard earned money.

The ACLU has filed a federal motion asking that Kim Davis be cited for contempt of court. The motion declares that the ACLU is not seeking to have Davis arrested — because this entire case is really about the Religious Right strategically acquiring video, so they can market this footage for money. A Christian arrested for supposedly upholding the faith – even if it’s based on a lie — is as good as gold.

Indeed, prejudice pays dividends. Owners of an Indiana pizzeria that refused to cater gay marriages on religious freedom grounds exploited a Go Fund Me campaign that raked in $842,387. No doubt, Davis could surpass this number, perhaps riding her religion into a comfortable retirement. She is also likely to be handsomely paid on the right wing speaking circuit, as well as have numerous job offers from various family values groups and think tanks.

In terms of substance, what Davis is promoting is not religious conscience – but a slippery slope that would lead to anarchy and chaos. Of course, the slipperiest part of the slope is the oozing slime that emits from right wing spokespeople like Josh Duggar and Kim Davis. This is the inevitable result of a movement where wedge issues are created as wealth issues, money has substituted morality, and finances have replaced faith.

One Response to Anti-Gay Kentucky Marriage Clerk a Charlatan Shyster