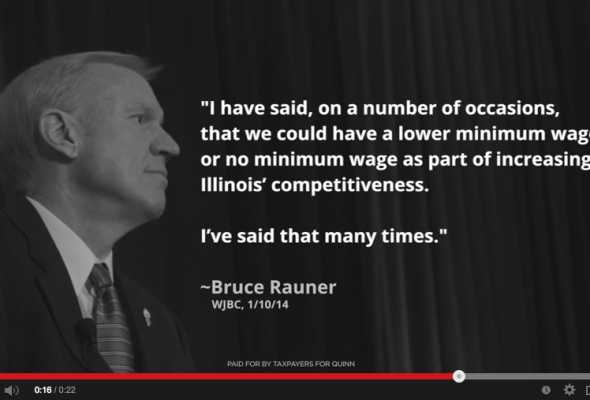 The United States Supreme Court’s “Citizens United” ruling is strangling democracy. With money passing as speech and corporations posing as people, a handful of ultra-wealthy right wing tycoons are hijacking America and remaking it in their image. There is nothing inherently wrong with being wealthy, with billionaires such as Bill Gates and Warren Buffett exemplifying a healthy and responsible engagement with American charity and politics. But a new breed of conservative millionaires has manipulated the system for the sake of greed, which includes championing policies that erode the middle class.

Ground Zero for this corporate coup is Illinois. A cabal of rapacious hedge fund mangers has hatched a plot to control state government. Their self-centered goals include decimating workman’s compensation, opposition to raising the minimum wage, cutting services to the needy while slashing their own taxes, and calling on working families to tighten their belts while they live high on the hog.

Their main obsession, however, is destroying unions. A union-free Illinois would have the dual benefit of allowing these avaricious titans to pay starvation wages, while eliminating one of the Democrat’s key sources of political support. If they can impoverish the opposition and defang unions, these Machiavellian moguls could rule virtually unchallenged.

They are aggressively rearranging political power, as such, that their handiwork is the modern equivalent of allowing only white male landowners to vote. Instead of basing political pedigree on race, sex, and land acquisition, the new caste system offers the moneyed elite enormous advantages and access to our leaders. Meanwhile, politicians ignore the average citizen while enriching their benefactors, which breeds despair.

This pathological dynamic helps explain record low voter turnout. Many people simply don’t believe their voice counts and feel powerless to fight against the profiteering puppet masters. After all, if money is speech, a few lucky people have massive political vocabularies, while the rest of us speak in a handful of monosyllabic utterances.

Billionaire hedge fund manager Ken Griffin (pictured) is orchestrating the political overthrow of Illinois. The New York Times reported this week that he kicked off his crusade two years ago in a speech to moneyed magnates at a 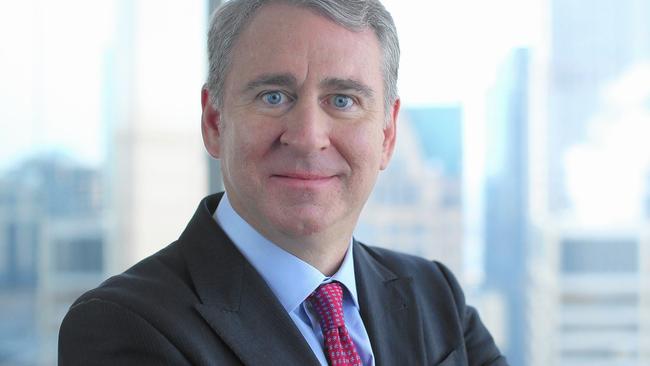 black tie dinner held by the Economic Club of Chicago. Ironically, the impetus for Griffin’s scheme is to make Illinois more business friendly, even though the state was somehow friendly enough to allow he and his business buddies to pocket billions of dollars.

Griffin’s conspiracy gained traction with the election of Republican governor Bruce Rauner, a hardcore ideologue worth $500 million whose main goal is crushing unions, even though most voters have no appetite for his fetish. Rauner essentially bought the election, spending $65 million dollars, half of which “came from his fortune ($27 million) and nine other individuals, families, or companies they control,” reported the Times. Griffin contributed $5.5 million to install his friend and lent Rauner his private plane to jet across the state. The incumbent, Pat Quinn, was only able to raise $32 million. Clearly, this was an unfair fight where cash was king.

Rauner has ruled like an arrogant emperor, unwilling to compromise and holding the state hostage. He has imperiously demanded that Democrats agree to his right wing “Turn Around Agenda” which includes weakening unions. This has led to six months without a budget. The state is limping by, paying its bills with a jerry-rigged system of duct tape and safety pins. The Chicago Tribune reports that the backlog of bills has grown to $7 billion, and may grow to $8.5 billion by the end of 2015.

The Paul Simon Policy Institute puts Rauner’s approval rating at 36-percent, which is dismal for a new governor. Unfortunately, due to Ken Griffin’s plot to steal Illinois, it will take more than poll numbers to unseat Rauner. The New York Times explains:

“A small group of rich supporters – not just from Chicago, but also from New York City, and Los Angeles, southern Florida and Texas – have poured tens of millions into the state, a concentration of political money without precedent….shortly before the inauguration, Rauner, Griffin, and Richard Uihlein poured an additional $20 million into Mr. Rauner’s campaign committee. The money was intended to help Rauner beat back union pressure on state lawmakers…As of early November, Rauner and the state’s new super PAC’s had a combined $36 million available to spend.”

This dishonorable abuse of power is a subversion of the Democratic process. The only way to defeat these interlopers is to turn their tainted money against them. Their contributions should be branded as the political poison they truly are. Voters should summarily dismiss any candidate backed by this faction. Any ad paid for should be rejected as an attempt by a toxic special interest to purchase the election.

The citizens must unite to battle the excesses spawned by Citizens United. If union-friendly Illinois succumbs to the gluttonous appetites and machinations of these co-conspirators, the rest of the nation won’t be far behind.

Previous post:
Time to Confront the Russian Menace Next Post:
Trump is not the Embarrassment, but Embodiment of GOP
about the author: Wayne Besen

One Response to Billionaire Cabal Stages Corporate Coup in Illinois