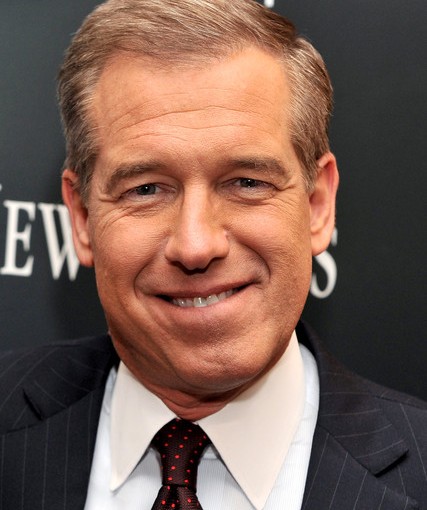 Brian Williams: If He’s Guilty He Must Go

The screws are tightening around NBC anchor Brian Williams. The network authorized a formal investigation over his now-retracted statement that he was in a helicopter in Iraq that was hit by enemy fire and forced to land.

Trouble may be on the horizon for Williams, as investigators pick trough his past statements. One in particular is already raising eyebrows.

During a 2006 interview with former Disney CEO Michael Eisner, Williams said he witnessed a body floating in the French Quarter. According to Williams:

“When you look out of your hotel window in the French Quarter and watch a man float by face down, when you see bodies that you last saw in Indonesia, and swore to yourself that you would never see in your country.”

However, Brobson Lutz, a former city health director for New Orleans, told USA TODAY, there is a problem with Williams’ tale. According to the Lutz:

“There were bodies in other parts (of the city), but there were no bodies in the Quarter,” adding that the only body he retrieved from the neighborhood at the time was a restaurateur who died of a heart attack.

Then this from the New York Post’s Page Six:

In October 2011, Williams waxed rhapsodic about how his dad took him to fires.

“I remember one such house fire . . . conducting a search on my hands and knees, when I felt something warm, squishy and furry on the floor of a closet,” Williams said.

“I instinctively tucked it in my coat. When I got outside, I saw two small eyes staring up at me, and I returned the 3-week-old and very scared puppy to its grateful owners,” he said.

But in July 2005, he told a different story, insisting he had saved not one but two pups from certain death.

“All I ever did as a volunteer fireman was once save two puppies,” he said, according to Esquire magazine.

This tendency to embellish and exaggerate is beginning to look like a disturbing pattern. NBC News President Deborah Turness said in a staff memo:

“This has been a difficult few days for all of us at NBC News. As you would expect, we have a team dedicated to gathering the facts to help us make sense of all that has transpired. We’re working on what the best next steps are – and when we have something to communicate we will of course share it with you.”

What is interesting is how so many conservatives are delighted by this controversy. They are pointing fingers and saying: “See, you liberals are liars too.”

Don’t they understand how ridiculous they look? They are basically admitting that they are truth challenged and are justifying their own dishonesty. It’s pathetic.

And let’s put aside the fact that Williams is a news anchor and not a politician or liberal talking head. Conservatives have done so much harm to this nation that they will look for any way to discredit liberals to show that they aren’t any worse than we are.

But what they are saying makes no sense. It’s bizarre.

Look, I hope Williams is found innocent, because he seems like a nice guy and he supposedly is nice to his staff. Although his voice is a little too nasal or my taste.

But, if he has a problem with serial exaggerations, he has to go. His daughter Allison is a very good actor – and apparently he may be too.

NBC doesn’t want this to happen because he is number one in the ratings with 9 million viewers per night. But, that shouldn’t matter if a gross pattern of deception emerges.

If the man lie – he gotta fly.