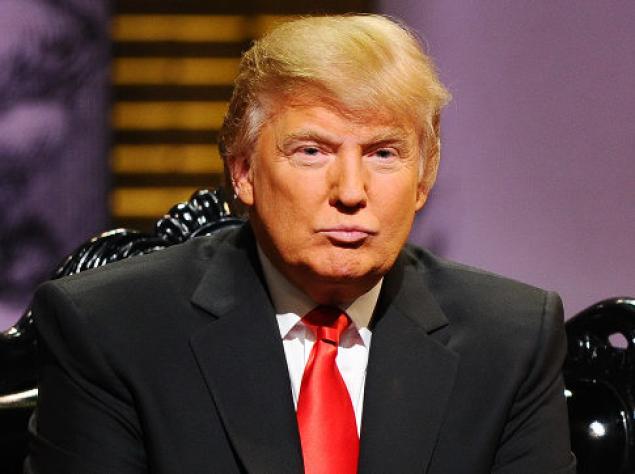 Establishment Republicans Should be Ashamed of What They Have Established

I had a heated conversation with a nice, but terribly misguided Republican last night. He said that Donald Trump and the presidential Bozo Bus embarrassed him. He was apologetic and trying to explain that he wasn’t “one of them.”

To which I replied, “Yes, you are like that. You are one of them. And, yes, Donald Trump does represent you. Ted Cruz is in politics because of you. Mike Huckabee and Ben Carson and Scott Walker and Bobbie Jindal are all running for president because you have indulged these outlandish zealots.

I am so sick of these establishment-type Republicans trying to separate themselves from the GOP candidates. If you have to constantly distance yourself from your own party, maybe they’ve moved away from you?

Dear Establishment Republicans: Look what you have established. Are you proud?

This is exactly the same nonsense I’ve heard for years from so-called mainstream Republicans repulsed by their party’s homophobia. They’d apologetically tell me, “I’m not a bigot.”

Oh, no – you just vote for people who are. You elevate people to public office to take away my rights. And then you tell me not to take the discrimination personally – because you just want your tax cut.

Sorry, but if you are a “mainstream” Republican in 2015 you are an enabler. You are an apologist. You are the very person who has allowed Donald Trump, George W. Bush, and Rick Perry – all clowns – to be the face of the your party.

Don’t sheepishly tell me that you don’t agree with them, because on some very disturbing, pathological level you do. Instead, just be yourself and have some Clown Pride. Take a day off work and find a neighborhood costume store, go inside, and buy some gigantic, glittery, floppy shoes and a big red nose, and put them on. If you go to Costco, maybe you can purchase the clown noses in bulk to hand out to your “liberal Republican” friends. Have a big old party and wear your clown suits in their full glory.

Because, I’ll repeat, if you are an Establishment Republican look at what you have established. Whether you admit it our not, it’s a funhouse mirror highlighting the darkest corners of your very soul.

This is why the Donald Trump story is not just about Donald Trump. It’s about how one of our two major political parties has become a brain-dead, war-mongering, belligerent, morally vacuous, shell of a party – and that this represents for America.

It is also about how we, as progressives, have to put all of our eggs in the Democratic Party’s imperfect basket, because the other party is full of basket cases.

Imagine the leverage progressives would have if the GOP were remotely sane. If one party did not adequately address our concerns, we would have the option to jump ship. Unfortunately, the idea of party hopping is unfathomable.

The implications of a GOP presidential victory begin with the Supreme Court. The damage men like Clarence Thomas and Antonin Scalia have wreaked on America is incalculable. From the ruinous Citizens United decision, which gutted campaign finance reform and magically transformed corporations into people, to the absurd Hobby Lobby decision that gave religion to these freshly minted people-companies.

Then there is the small matter of war and peace. While the Democrats are fully capable of bombing our enemies, it is not the option of first resort. Unlike the GOP presidential candidates, they don’t strut like John Travolta and sound like Dirty Harry. The Dems actually try diplomacy before destruction. While the Pentagon is an option, it is never the top number on the speed dial. This does not make them weak, as boastful Republicans suggest, but it does mean they are war-wary and wiser.

For example, Wisconsin Gov. Scott Walker said that he would blow up any deal with Iran on “Day 1” of his presidency.

Fearful of looking like a wuss and losing ground to Walker, Bush moved his Iran position to the right. According to Bush:

“As President I would begin immediately to responsibly get us out of this deal, with a comprehensive strategy that is responsive to the conditions at the time and confronts Iran’s continued pursuit of a nuclear weapons capability, its support for terrorism and instability, its ballistic missile proliferation, and its horrific human rights record.”

If you still identify as a Republican you are not moderate, but the supporter of madmen with delusional and dangerous ideas. So, don’t tell me you are ashamed. Step right up to the Bozo Bus and join the Clown Pride Parade. After all, they are your people.

Previous post:
The Wayne Besen Show to Debut Next Monday on Chicago’s WCPT Next Post:
Huckabee: From Happy-Go Lucky to Harpy-Go-Nutty
about the author: Wayne Besen