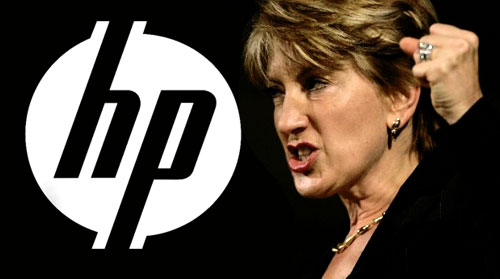 Carly Fiornia is doomed. Just as she was getting the once-over for her above mediocre debate performance, she committed double sedition in Republican politics. She did the unthinkable of praising both Islam and Hillary Clinton.

GASP! While she was at it, she might as well have burned a flag, called President Obama a real Christian, come out as a lesbian, and spit on Ronald Reagan’s photo.

On Sunday evening, former Rep. Michele Bachmann alerted her followers to a 14-year-old speech Fiorina had delivered in Minneapolis, in which she had the unmitigated gall not to label all Muslim’s the ‘Spawn of Bin Laden.”

In reality, Fiorina was acting in noble fashion, expressing her concern for the fate of her Muslim staff members at Hewlett-Packard.

“As a business leader, I experienced…concern for the security of our employees who are of Middle Eastern descent or who practice the Muslim religion here in the US and abroad.”

Fiorina continued by rightfully pointing out that before the faith was marred, in some cases, by religious extremism it was the most advanced society on earth:

“There was once a civilization that was the greatest in the world. It was able to create a continental super-state that stretched from ocean to ocean, and from northern climes to tropics and deserts. Within its dominion lived hundreds of millions of people, of different creeds and ethnic origins.

And this civilization was driven more than anything, by invention. Its architects designed buildings that defied gravity. Its mathematicians created the algebra and algorithms that would enable the building of computers, and the creation of encryption. Its doctors examined the human body, and found new cures for disease. Its astronomers looked into the heavens, named the stars, and paved the way for space travel and exploration.

Its writers created thousands of stories. Stories of courage, romance, and magic. Its poets wrote of love, when others before them were too steeped in fear to think of such things…the civilization I’m talking about was the Islamic world from the year 800 to 1600.”

For these historically accurate musings, Fiorina was excoriated. The right wing publication The American Thinker wrote:

“That’s right, Carly is romanticizing the old Islamic caliphate. Really. And not only is she waxing romantic about it, but she is doing so right after 9/11.”

If that weren’t bad enough, Mother Jones reports that in her 2006 book, Tough Choices, Fiorina described the soothing effect of listening to Muslim prayers when she was a teen and her family lived in Ghana. (Her father was a law professor then on a teaching sabbatical at the University of Ghana).

“I remember hearing, for the first time, Muslims pray, and how over time their sound evolved from being frightening in its strangeness to comforting in its cadence and repetition—I would feel the same peace when I listened to the sound of summer cicadas around my grandmother’s house,” Fiorina wrote. “I grew to love being awakened in the morning by the sound of the devout man who always came to pray under my bedroom window.”

It gets worse. In 2008 she gave an interview with BuzzFeed praising the ultimate Dragon Lady, Hillary Clinton.

“I have great admiration for her because I know what it takes in some small measure to do what she has done,” Fiorina said. “She is obviously incredibly intelligent, focused, tough, determined, empathetic of all the tens of millions of people that she was trying to represent in her quest to become the first woman president of the United States. Her run for the presidency was historic. She was a great candidate. She has helped millions of women all over this country. Women of any political party owe a debt of gratitude to Hillary Clinton and I will bet that every woman up here agrees with me.”

A Hillary Clinton loving secret Islamist sympathizer (sarcasm). That’s no way to win the GOP nomination. She might as well drop out of the race now and send her resume out so she can destroy another company.

Speaking of which, Andrew Ross Sorkin wrote a devastating critique in The New York Times of Fiorina’s horrific tenure at HP. He points out that she was canned “after the company’s stock dropped by half in 2005.”

“I know a little bit about Carly Fiorina, having watched her almost destroy the company my grandfather founded,” wrote Arianna Packard, in a 2010 letter released during Fiorina’s failed U.S. Senate campaign in California.

Like the stock in the corporation she nearly crashed, Fiorina’s value to the hate-filled know-nothing Republican Party just took a nosedive.

One Response to Fiorina Commits Treason: Commends Muslims and Hillary