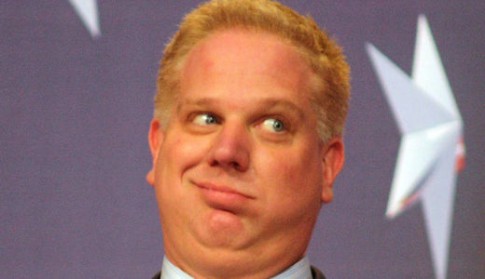 It is ironic that those who often pose as patriots and extol themselves as “real” or “traditional” Americans are the most likely to be a drag on our nation. There really are two America’s, forward and backward, and the Republican Party and its apparatchiks have a monopoly on the latter.

It is not that the Democrats are pure and beyond reproach. But the GOP has cast its lot with seedier special interests known as “the base.” Nefarious lobbies that are in favor of pollution, tax cuts for the greedy at the expense of the needy, perpetual war, intolerance and religious extremism, represent this coalition of crackpots. It ensures that the GOP is bound to backwardness, bigotry, and irrationality.

For example, Florida’s Republican governor, Rick Scott, has instituted a Soviet-like policy where the state’s environmental agencies are not allowed to use terms such as “global warming,” “climate change,” “sea level rise,” or “sustainability.” Scott’s Orwellian command is shortsighted and reckless, when one considers that a large swath of Florida may be swallowed by the rising sea.

Another example of “Backward America” is conservative views on gay marriage. A Wall Street Journal poll released this week showed record high support for same-sex couples marrying (59%). The only group that is stuck in the past is “core Republican voters,” with only 29% in favor of marriage equality. This antiquated mindset will be a terrible anchor on Republican presidential nominees, turning off Independents and young voters. And, no doubt, it will be exacerbated by moronic statements, like the one made by Ben Carson who claimed homosexuality is a choice because straight men often come out of prison as gay.

The anachronistic reputation of the Republican Party was cemented by the behavior of the Alabama Supreme Court Justice Roy Moore, who is defying the federal court on gay marriage. It is remarkably tone deaf for Moore to pull his George Wallace-like grand standing stunt on the 50th Anniversary of the Selma march for voting rights.

Making matters worse, the GOP leadership in Washington came across as allergic to appearing at the historic tribute in Selma. They did everything in their power to avoid the festivities. This demonstrates, once again, that the Republican Party still pathetically panders to race baiters and haters.

Indicative of the corrosive mindset of modern conservatism is Glenn Beck, who used his radio show on Monday to rant against Google. He was incensed because a team of computer scientists at this company had discovered a way to rank search results by a web page’s factual accuracy, rather than by popularity.

Beck actually said that this was a bad idea because people can’t agree on what the facts are on issues such as climate change. Like many conservatives – such as serial FOX fabulist Bill O’Reilly — Beck doesn’t comprehend the notion of “facts” and believes they are merely political opinions open to debate, spin, and make believe. Such foolishness represents the tragic dumbing down of the conservative movement. Critical thinking has been substituted for emotional exploitation, while the GOP scrapes the bottom of the barrel to attract America’s most gullible and easily manipulated voters.

Another conservative talk radio host, Michael Savage, may have hinted at the future direction of America’s right wing. He touted French reactionary Marine Le Pen’s party, The National Front, as a model for American conservatism. His warped vision was to have a nationalist party that was virulently anti-Muslim, socially conservative, and committed to deporting immigrants. On foreign policy he would align America with the fascist Russian police state and reflexively use military force to secure American interests.

His barbaric vision could become a reality if a perceived pro-immigration moderate, such as Jeb Bush, gets the GOP nomination. Having suffered through the alleged indignity of Bob Dole, John McCain, and Mitt Romney as nominees, it’s possible that conservatives may finally abandon the Republican ship and start a new party modeled on Europe’s growing totalitarian movements.

In some ways, Republicans are already charting a brazen new course. House Speaker John Boehner audaciously hosted a speech by Israeli Prime Minister Benjamin Netanyahu on Capitol Hill. This was followed by a 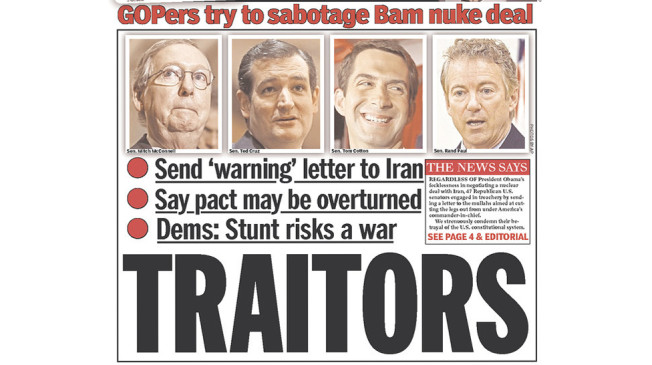 chutzpah-laden letter, signed by 47 Republican Senators this week, warning Iran against signing a deal to halt its nuclear program.

This unprecedented usurping of presidential power is beyond disrespectful. It attacks the very legitimacy of Obama, violates the separation of powers, confuses our allies, emboldens our enemies, and borders on treason.

Today’s radical GOP has no shame and is dragging America in a dangerous, unpredictable direction. Modern Conservatism has devolved into a pathological mutant movement of unstable, tantrum throwing contrarian extremists with no discernable philosophies other than self-centered opportunism and nihilistic obstruction.

To function properly, America needs two viable political parties, but one has ceased to be a reasonable alternative. The GOP proudly represents “Backward America” and in doing so may rob us of our future.