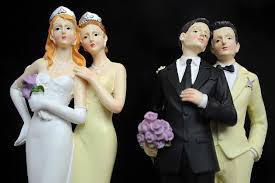 Gay Marriage in America: From Dream to Reality

The gay rights movement reached new heights this week with a cascade of new states offering marriage equality to same-sex couples. This happened after the Supreme Court refused to take up three federal appeals court cases that abolished marriage bans in Wisconsin, Virginia, Indiana, Oklahoma, and Utah. In a matter of days and weeks, same-sex marriage will likely be expanded to North Carolina, South Carolina, West Virginia, Colorado, Kansas and Wyoming.

The number of marriage equality states grew even further today, (soon to be thirty-six) after the Ninth Circuit unanimously ruled, adding Arizona, Nevada, Idaho, and Montana. This is a devastating blow to the anti-gay marriage movement, which has seen its noxious crusade dissipate before its eyes. The majority opinion on the Ninth Circuit was quite brutal towards the losing side:

“To allow same-sex couples to adopt children and then to label their families as second-class because the adoptive parents are of the same sex is cruel as well as unconstitutional. Classifying some families, and especially their children, as of lesser value should be repugnant to all those in this nation who profess to believe in ‘family values.’”

Even more devastating to gay marriage foes than the rulings – and the Supreme Court’s inaction – is that gay marriage laws will cover more than 60-percent of the population. When people see firsthand that gay marriage harms no one, it deflates the dire warnings of opponents. Residents will soon learn the sky won’t be falling, even in rural, conservative areas, like the Big Sky country of Montana.

This is not to say that everyone would suddenly be on board with same-sex couples marrying. But watching friends, family, co-workers, and neighbors share the joy of their unions is contagious and has a way of softening hearts. Experience teaches people that they won’t be harmed, so disagreements – aside from a shrinking cadre of angry wing nuts — are more nuanced, and often lack the panic and paranoia of years past. It is more like a debate over whether one prefers McDonalds or Burger King – not over whether gay marriage will lead to the downfall of civilization.

The main problem anti-gay marriage lawyers have had in court is their preposterous, flimsy arguments. In the Ninth Circuit, the lawyers laughably argued, “allowing same-sex marriage will lead to opposite-sex couples abusing alcohol and drugs, engage in extramarital affairs, take on demanding work schedules, and participate in time-consuming hobbies.”

The Ninth Circuit dismissively replied to this idiotic assertion by declaring: “We seriously doubt that allowing committed same-sex couples to settle down in legally recognized marriages will lead opposite-sex couples to sex, drugs, and rock-and-roll.”

This reaction was similar to the way Seventh Circuit Court of Appeals Judge Richard Posner made mincemeat out of the silly arguments the homophobes brought before the bench:

“The only rationale that the states put forth with any conviction – that same-sex couples can’t produce children, intended or unintended, is so full of holes that it cannot be taken seriously,” wrote Posner.

As expected, the extremists – who, no doubt, fear having to get real jobs — are apoplectic over the Supreme Court’s decision to let the lower court rulings stand. The Family Research Council’s Tony Perkins bellyached that, “rogue lower court judges” were redefining marriage and said, “This judicially led effort to force same-sex marriage on people will have negative consequences for our republic.”

Aside from the fact that voters or lawmakers recently embraced gay marriage in Maine, Maryland, Minnesota, and Washington State and polls put public support at 55% – Perkins has miserably failed at showing how marriage equality has harmed anyone. He seems to be confusing “negative consequences” with his own negative attitude.

It is amusing to watch these bigots squirm and attack the same judicial system they loved when it was ruling against marriage equality. Now they moan that these judges are “unelected” and thwarting the will of “The People.”

These anti-gay activists don’t seem to understand the role of the courts. They exist because “Some People,” who discriminate against “Other People,” are not “The People.” The courts are designed to step in and protect minorities from tyranny of the majority, so “All People” have equal rights – not just those who are popular, populous, or favored.

The fight is not over. Bitter troglodytes will desperately attempt to turn back the clock – but this week makes it is clear that time is not on their side.

Previous post:
Protecting Free Speech is Worth Fighting For Next Post:
October 4, 2014 – Upcoming Elections & The Obama Economy
about the author: Wayne Besen