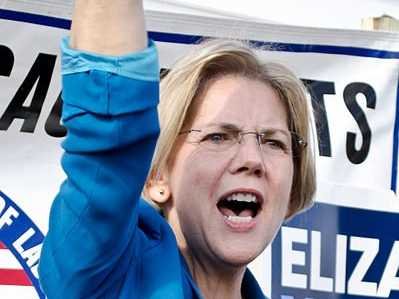 The past two weeks have defined the ugliness of the modern Republican Party. Other than John McCain and a precious few others, the party’s leaders were on the wrong side of the torture debate. They blindly shielded the Bush regime’s crimes against humanity. Conservative Supreme Court Justice Antonin Scalia even said that it’s “not clear” that torture is wrong and unconstitutional. Former Vice President Dick Cheney dismissed the landmark Senate report on torture as “full of crap.”

If anyone should know about being full of crap it’s Dick Cheney. He is truly the undisputed expert. Why people still listen to this repugnant fool is a mystery. He should be in jail, not on FOX news.

In the last election, Washington, DC residents voted to legalize marijuana. But the petty congressional dictators in the GOP used the budget process to defund the implementation of this law. In doing so, they stripped DC voters of their rights. If such a violation of sovereignty had happened in Texas, believe me, there would be calls for secession, probably led by Gov. Rick Perry.

The Republican Party used the budget process to ensure that rich donors could write seven figure checks to political parties. Right now, an individual can only give $32,400 to a single party committee, such as the Republican National Committee. Under the proposed new rules, a couple could contribute up to $3.1 million, according to the group Public Citizen.

These Republicans, and their buddies on the Supreme Court, have hijacked this democracy and essentially created a category of wealthy super citizens – who have unrivaled access and influence over our elections and laws. Members of Congress have become no more than puppets, where special interests pull the strings.

Apparently, Republicans also breathe different air than the rest of us. This might explain why the budget cuts funds to the Environmental Protection Agency. The budget prohibits the Army Corps of engineers from regulating farm ponds and irrigation ditches under the Clean Water Act. I guess Ted Cruz and Michelle Bachmann aren’t the only toxic cesspools embraced by Republicans.

The budget proposal also gives $64 billion for military excursions in Iraq, Syria, and Afghanistan. I guess we have fixed all our bridges and schools in America and provided people with working wages. Thus, we have spare billions lying around to funnel into the Middle East morass.

The most disturbing aspect of the budget, of course, is the GOP’s giveaway to Citigroup – where they inserted a measure in the $1.1 trillion spending bill that would gut a provision in Dodd/Frank that shielded taxpayers from having to bailout banks that gambled on risky derivatives. Thanks to the Republican Party it’s all gain for the banks – and all pain for the taxpayers.

This moment is a crucible for the Tea Baggers. They were allegedly created to oppose government bailouts and frivolous government handouts to banks – like the ones in this budget proposal. Yet, I’ve always said the supposed economic concerns of the Tea Party are nothing more than a ruse to conceal their anti-immigration and anti-gay religious right agenda. Their tepid opposition to the spending bill is proving my point.

Sen. Elizabeth Warren’s (D-Mass) historic speech opposing these regressive measures was a true coming out party. She elevated her status from liberal folk hero to a legitimate contender for president – that has the ability to woo Independents.

She came out swinging. She did something very rare in Washington. She named names and kicked butts — particularly the behind of Citigroup. Warren shredded them. She portrayed them as an octopus with tentacles sucking the life out of Washington – and she is right.

This was a public relations nightmare for Citigroup. Whatever they gain financially by this vulgar legislation, Citigroup lost significantly more in the hit their reputation endured. Believe me, as a former public relations worker, I can guarantee that Citigroup officials are spending late nights in conference calls or meetings with their high-priced DC public affairs teams.

Forget the Tea Baggers: Elizabeth Warren is now the voice of the middle class and those who feel they aren’t getting a fair shake in America. And judging by dissatisfaction in the polls – this frustrated group makes up the majority of voters.

I think Warren’s daring speech makes it a coin toss on who would win the Democratic nomination for president. I love Hillary Clinton and I love Elizabeth Warren. Each potential candidate has strengths and weaknesses.

But in a time when people are fed up with Washington – which candidate represents a break from the past? Particularly if Jeb Bush gets the Republican nomination – and it looks like he’s running.

This was a major political week in Washington, DC where the GOP showed they aren’t with the middle class – and Elizabeth Warren rose from the middle of the pack to the top of the class.