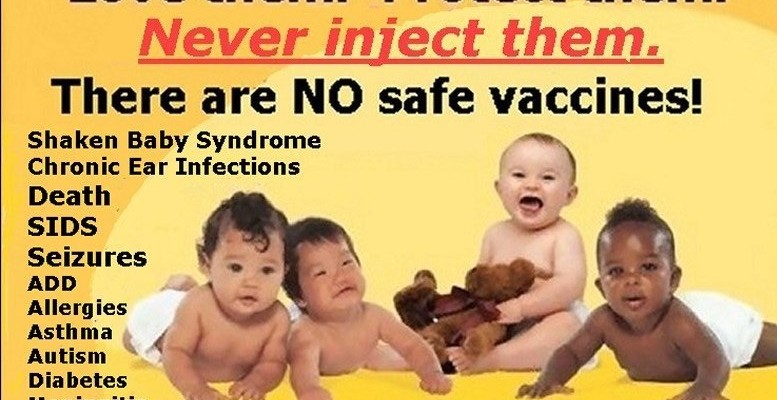 The California State Assembly passed a sweeping bill that mandates that schoolchildren be vaccinated. No longer can irresponsible parents opt out of vaccinating their kids and be exempted for personal or religious reasons. The only way you can now exempt your child is for a legitimate medical purpose.

California now joins the hardly forward thinking states of West Virginia and Mississippi, which have had similar laws for years.

The push to end religious and personal exemptions in California began after a measles outbreak last year that began at Disneyland. This is tragic. Parents took their children to See Mickey Mouse, and they came home with measles – all because of reckless, selfish parents who did not protect their children or the children of others from diseases, such as measles, mumps, and rubella.

Some of these parents feared that vaccinations could cause autism. But the autism link to vaccinations was based on false information and bogus studies that have been discredited or retracted. Yet, the mindless myths persist – sort of like measles at Disney.

Across the state of California, only about 3 percent of children have not had vaccinations, but in some schools about half of all students have not gotten the vaccines recommended by medical professionals. These pockets of profound ignorance are going to bring back diseases that we have stopped thinking about. This column should be unnecessary, but leave it to human beings to screw up even the best things in life – such as vaccinations that save lives.

Under the new law, families who do not want their children to receive vaccines would have to home-school them. But what happens when these poor, hapless, home-schooled hostages go to the mall or sign up for little league? Clearly, these kids will remain a threat and could potentially start outbreaks.

Opponents of the law are freaking out. They have promised legal challenges, including a claim that the legislation would violate children’s right to a free education. They have already begun several recall campaigns against lawmakers who sponsored the bill.

Christina Hildebrand, the founder of A Voice for Choice, a nonprofit organization that has lobbied against the bill, said, “Parental freedom is being taken away by this because the fear of contagion is trumping it.”

For example, the New York Times points to Karl Krawitt, who has a 7-year-old son, Rhett, who is in remission from leukemia. As a result, he is medically prohibited from receiving vaccines. So, when other kids don’t get vaccinated, they could pass along potentially deadly diseases to Rhett.

“The social impact of not having children vaccinated is truly life-threatening for some,” Krawitt told The New York Times. “We can take personal freedoms to such an extreme.”

How does Christina Hildebrand of A Voice for Choice morally, ethically, or spiritually justify putting the life of 7-year-old Rhett in harms way? Is her “choice” to endanger her children more important than Rhett’s choice to live?

I also resent this idea that parents own their children. They are raising their children. And the state should stay out of the relationship as much as possible. But, these children aren’t property or slaves. A child is an autonomous human being – who does not deserve to have his or her life put at risk because of the wacky beliefs of parents. You aren’t allowed to beat your children – and you should not be allowed to withhold vaccines.

Furthermore, social conservatives like to claim that their children are a “gift from God.” So, if a child is a gift – it can be returned to the state like an unwanted wedding present. If your beliefs make it so you can’t do what is in the best interest of your child, maybe you are unfit to be a parent?

It’s bad enough that right wing parents are placing kids in harm’s way. But way too many of the anti-vaccination parents are my fellow liberals. While they mean well, they are endangering the public and leaving their own kids open to deadly diseases. This vaccine debate shows that ignorance is not solely owned by fundamentalists. Sometimes a little information on the left is as dangerous as no information on the right. When our fellow progressives latch onto backward conspiracy theories, we must be equally vigilant in holding them accountable.

It is time to crush the anti-vaccination campaign once and for all. I’m sick and tired of such foolishness, because I don’t want to be rendered tired and sick by diseases that should be eradiated, if it weren’t for the hubris and arrogance of some parents who think they are smarter than the latest science.

Previous post:
The Tragedy of Charleston Should Be Politicized Next Post:
A Dutch Pussy Drinks Martini in Amsterdam
about the author: Wayne Besen