On this weeks show we will talk about the issues of Mitch McConnell and some of his colleagues taking full credit for the rebound of consumer confidence and the economy this week.  Amazing… they were able to make so much headway in a matter of hours, while at the same time claiming that all Obama and Democratic policies were the glacier that had sunk the ship.  Policies like stimulus packages, affordable healthcare and government assistance programs have done the heavy lifting of helping to pull the economy out of its own grave, and its these policies that many Republicans fought tooth and nail to stop, and repeal. 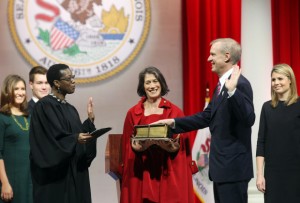 – New Illinois Governor Bruce Rauner has officially taken office and he will soon be forced to start answering the tough questions about things like: the budget, medical marijuana, proposed cuts in “non-essential” spending, and other issues facing the state.

– President Obama was not present at the march in France this week, which featured world leaders from all over the globe.  Do you think he should have attended?  Attorney General Eric Holder was in France at the time, but was also absent from the march.  Was it an issue of safety for the President or other U.S. Diplomats?  If Obama had gone, would it have seemed like Obama was just doing it for the photo op?   What do you think?

– Has Pope Francis taken one step forward and two steps back?  This week the Pope made the statement that journalists and media outlets shouldn’t criticize or insult religion or the beliefs of others.  This begs the question, is satire not protected speech.  When should one persons right to religious freedom, be allowed to infringe on another persons freedom of speech. 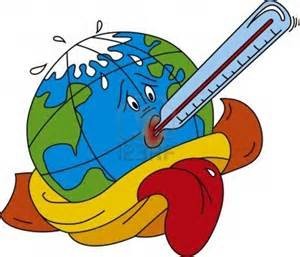 – And finally we could not do the show this week without talking about global warming, or climate change as some prefer to call it.  It is now being reported that 2014 was the hottest year on record for our third rock from the sun.  How did we get to where we are, and how can we improve?  We take your calls!

– I’ve Got Issues can be heard Live every Saturday at 4-6pm(CST) exclusively on WCPT AM & FM “Chicago’s Progressive Talk”.

Listen Live at www.ChicagosProgressiveTalk.com and on the TuneIn App on your smartphone.

Podcasts are always available at www.WayneBesen.com

Previous post:
The GOP’s Disastrous First Week in Washington Next Post:
When the Fish Are Gone and the Planet is Fried
about the author: Chris Schrage