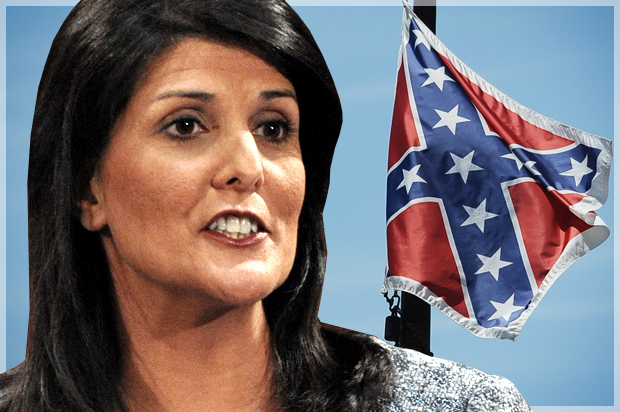 If there is one good thing about Donald Trump’s war on “political correctness”, it offers liberals the opportunity to offer their own honest assessments.

For example, it’s that time of year, when the GOP, a Paleolithic party of pale faces, trots out a token minority to a give a response to the President’s State of the Union address. In the past we have seen Bobby Jindal lamely undercut his career with an uninspiring response. We have witnessed Marco Rubio’s infamous water grab.

The latest minority to whitewash the Republican Party’s whiteness is South Carolina Governor Nikki Haley. I have nothing against her, but it’s a real character flaw when one allows themselves to be cynically exploited to cover up a year when the GOP has been defined by intolerance and hatred of “the other.” The party has debated banning all Muslim immigrants, and wants to build a wall to keep out Mexicans that the current frontrunner, Donald Trump, views as bandits and rapists. If Haley had one ounce of integrity, she’d politely decline the invitation until the Republican Party reversed course. But, hey, it’s 2016 and in this social media world, publicity is the price of shedding dignity.

Debbie Wasserman Schultz, Chair of the Democratic National Committee, echoed my view in a conference call. According to Politico, she told reporters: “It’s pretty clear that Nikki Haley is being chosen because the Republican Party has a diversity problem.”

That the GOP has reserved this annual role as “the minority slot” reveals a pandering Party that confuses condescension and platitudes with a genuine platform that elevates racial and ethnic justice.

If the Republican Party were honest, it would let William Daniel Johnson respond to Obama’s State of the Union Address. He is a Los Angeles-based lawyer and chairman of the white supremacist American Freedom Party. His goal is the creation of a white ethno-state within his lifetime.

“I think Trump’s candidacy is helping move us in that direction,” Johnson said in a Monday phone interview with Talking Points Memo. “Whether he is elected or not, his candidacy is a big factor in helpi 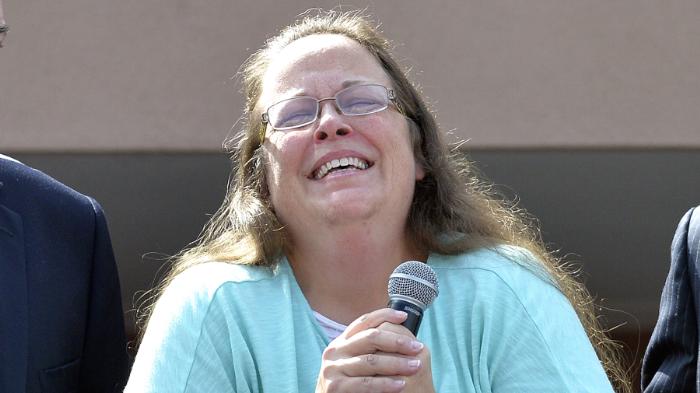 The American Freedom Party plans to blanket early voting states with robocalls encouraging voters to turn out for Donald Trump. Why isn’t Trump or the Republican National Committee denouncing this? Good luck with that happening, when RNC chairman Reince Priebus refused to tell TIME magazine whether he thought Republican presidential candidate Ted Cruz was eligible to be president.

“A topic in the news today: Ted Cruz was born in Canada,” TIME asked. “Is he constitutionally eligible to be President?”

But Priebus, obviously terrified of Trump’s wrath, responded. “Listen, I don’t get involved. I’m not going to get in the middle of all these candidate issues. It’s a bad place for me to be. I’ll let all these folks argue about this stuff, and I’m going to stay out of it.”

Of course Priebus won’t get involved. He might piss off William Daniel Johnson and his racist American Freedom Party, which is critical to the GOP’s success in a year when minorities are fleeing the GOP brand.

If the GOP were sincere, Kim Davis would replace Nikki Haley and deliver her speech. Davis, the bigoted and thrice married Kentucky clerk, who refused to obey the law and hand out marriage licenses to gay couples, will appear at the State of the Union address, where she will troll successful gay marriage plaintiff Jim Obergefell, whom President Obama invited. She is there at the request of the Family Research Council – the same group who just fired sex fiend and sister molester, Josh Duggar. I guess his seat was open and avail 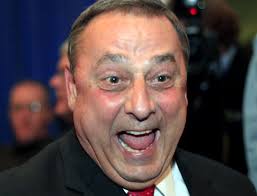 If the Republican Party were truthful, tea bagging Maine Gov. Paul LePage would respond to President Obama’s speech. In discussing the state’s heroin epidemic and dealers who come from out of town, LePage said:

“These are guys with the name D-Money, Smoothie, Shifty. These type of guys. They come from Connecticut and New York, they come up here, they sell their heroin, then they go back home. Incidentally, half the time they impregnate a young, white girl before they leave, which is a real sad thing because then we have another issue we’ve got to deal with down the road.”

In spite of its heinous record, the Republican Party will go ahead with the transparent folly of elevating their latest minority sellout, so they can pretend to care about diversity. The PR game is simple: The RNC wants us focusing on Nikki Haley, so we’ll forget comments about Shifty and D-Money. She will sincerely look into the camera, so we won’t notice the rabid neo-Nazis, skin heads, Klansmen, and white nationalists cheering for Donald Trump in the wings.

Previous post:
Good Guys With Guns? Next Post:
Income Inequality May Lead to Donald and Bernie 2.0
about the author: Wayne Besen