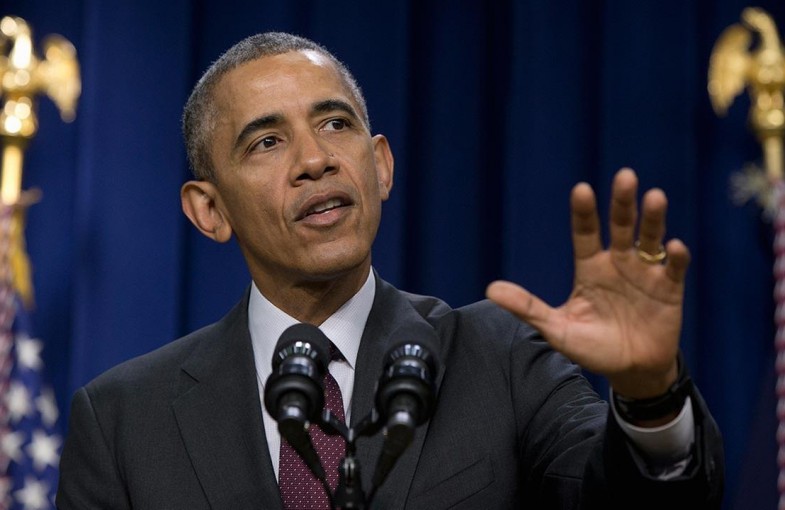 Obama: The Partisanship is Not Your Fault (Blame Newt)

Nine years after President Barack Obama launched his presidential bid in Springfield, he returned to offer wisdom and a bit of regret with former colleagues. The president spoke to warring political factions, bitterly divided over an epic eight-month budget stalemate in Springfield.

According to president’s speech: “We’ve always gone through periods when our democracy seems stuck, and when that happens we have to find a new way of doing business. We’re in one of those moments. We have to build a better politics. What’s different today is the nature and extent of the polarization.”

Then the president concluded: “One of my few regrets is my inability to reduce the polarization and meanness in our (nation’s) politics. I was able to be part of (reducing) that here and yet couldn’t translate it the way I wanted to into our politics in Washington.”

President Obama is correct to lament the lack of bipartisanship in Springfield and Washington. Always the gentleman, and a true statesman, he is still probing for ways to work with good Republicans. The problem is, there are so few.

Mr. President – you have tried mightily to find common ground – and all the Republicans have done is come after you with uncommon enmity and groundless assaults. It’s time that you take some advice from Robin William’s in the movie Good Will Hunting: “It’s not your fault.”

The truth is, we don’t have a partisan problem in America. The issue isn’t Washington. We have a Republican problem.

Beginning with the unseemly rise of Newt Gingrich as House Speaker, the embrace of the Religious Right, and the adoption of America’s most nefarious special interests – the Republican Party has deliberately embarked on “my-way-or-the-highway” slash and burn politics. The reason Illinois has gone eight months without a budget is because Gov. Bruce Rauner is reading from the Republican Playbook.

Here are the facts: Republicans and Democrats used to have genuine policy disagreements – but they were often friends outside of work. They hung out together, they socialized, they did not try to paint members of the other party as inherently evil human beings.

A mercurial congressional backbencher from Georgia changed this. He pioneered the idea of using the media to relentlessly tar his opponents to gain power and media attention. He told Newsweek in the late 80s, if you’re not in The Washington Post every day, you might as well not exist.”

His ticket to getting mentioned in The Washington Post was to exploit a new cable television channel – CSPAN, which first aired in 1979, a few months before he was sworn in as a House freshman. He organized a cabal of cantankerous troublemakers to continuously appear on CSPAN to slander then-Democratic Speaker Tip O’Neill and other Democratic members of Congress with nightly personal attacks. Mother Jones magazine, for instance points out the time Gingrich accused O’Neill of putting “communist propaganda” in the Speaker’s lobby.

O’Neill was so outraged by Gingrich’s demagogic broadsides that he once ordered the House cameras to pan across the empty House chamber to reveal that Gingrich was talking to no one but the cameras, and called Gingrich’s exploits “the lowest thing” he had seen in 32 years in Congress.

On the floor and in front of the cameras, Gingrich fired back that O’Neil was coming “all too close to resembling a McCarthyism of the Left.” A resulting two-hour exchange, which was covered by the broadcast news outlets, made Gingrich into a folk hero on the right.

Gingrich’s then hired cynical pollster Frank Luntz. He advised Republicans to “talk like Newt” by describing Democrats with terms like “corrupt,” “devour,” “greed,” “hypocrisy,” “liberal,” “sick,” and “traitors.” Luntz is also infamous for a 2003 memo on how Republicans could effectively negate concerns about climate change. According to the memo: “Should the public come to believe that the scientific issues are settled, their views about global warming will change accordingly. Therefore, you need to continue to make the lack of scientific certainty a primary issue.”

Maryland Democratic Congressman Steny Hoyer gave a 2009 speech at the Center for American Progress Action Fund, where he discussed Gingrich’s toxic style of politics. According to Hoyer: 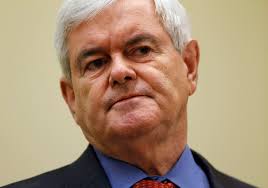 “There is the assumption—pioneered by Newt Gingrich himself, as early as the 1970s—that the minority wins when Congress accomplishes less. Gingrich’s proposition, and maybe accurately, was that as long as…our party cooperate[s] with Democrats and get[s] 20 or 30 percent of what we want and they get to say they solved the problem and had a bipartisan bill, there’s no incentive for the American people to change leadership,”

This is the unfortunate roadmap that explains how we got to where we are today. The so-called Gingrich Revolution was about personally demonizing Democrats though unfair smears, innuendo, and manufactured outrage. While politics were important, what defined this movement was its sneering attitude, unwillingness to compromise, and a nasty disposition. Gingrich was about elevating himself and grabbing power, rather than allegiance to serving the American people. He was about a new paradigm where loyal opposition was replaced by disloyal obstructionism. It was a take-no-prisoners strategy that caused a partisan rift that has infected the soul of our nation.

Mother Jones goes on to point out that Gingrich also “shortened” the Congressional workweek to three days in order to maximize fundraising opportunities and provide more contact with constituents. But this also limited the time lawmakers spent in Washington where they could make personal connections across the aisle.” Gingrich also cultivated major Republican donors who are now part of the Koch network.

Clearly, this overreliance on big corporate money has helped the polarization of our politics, because powerful donors often exert influence to control how politicians vote on issues. This leaves virtually no room for compromise.

In a pre-cursor today’s Freedom Caucus, in 1983 Gingrich organized firebrand conservatives to create the Conservative Opportunity Society. Gingrich was rewarded for his efforts by winning a narrow election as House minority whip in 1989 over more moderate Republican, Ed Madigan, from Illinois. As Gingrich put it, he would use his perch to “build a much more aggressive, activist party.” Within five years, Gingrich led a landslide of fifty-four new Republicans into the House and was elected Speaker.

But to get there, in May of 1988 Gingrich defied moderate Republicans and brought ethics charges against then-Democratic Speaker Jim Wright relating to a book deal. His partisanship reached it’s nadir when he led the change to impeach President Clinton for having an affair with Monica Lewinsky – even while he was engaging in his own extramarital affair with Callista, the most recent of his merry-go-round of revolving wife.

Gingrich, was the precursor and role model for Ted Cruz and other Republicans. He took the debt ceiling hostage fifteen years before Boehner did. Gingrich began the trend of refusing to approve disaster relief funds unless they were offset with spending cuts. Gingrich’s orchestrated the 1995 and 1996 government shutdowns. The government closed for five days in 1995 and for twenty-one days a year later—the longest shutdown in history.

Gingrich laid the dysfunctional foundation on which our modern politics is built. It is the reason that Barack Obama encountered the Caucus Room Conspiracy, where Republicans decided that their number one goal was to deny Barack Obama any achievements and make him a one-term president. It is the also reason why Illinois Gov. Bruce Rauner believes that he can shut down government services, even though he does not have the votes to enact his deeply unpopular Turn Around Agenda, which involves undercutting unions. The governor is the radical spawn of the Gingrich Revolution – where the rules of civility, decency, and compromise don’t apply.

So, to the Barack Obama and the Democrats in Springfield – don’t despair. It’s really not your fault.