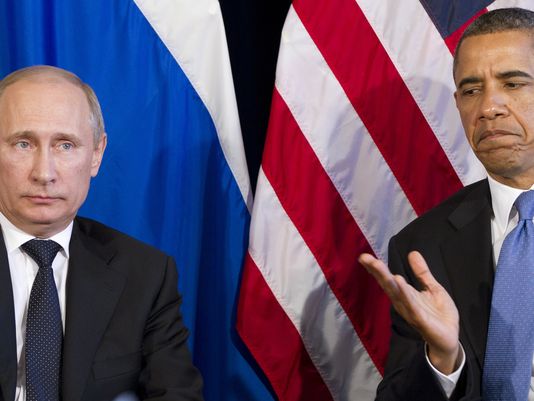 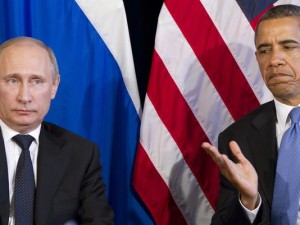 President Obama is under an irrational attack from Republicans for what they perceive as a weak foreign policy. To translate, “weak” means that America hasn’t invaded a new country in awhile or threatened to do so.

In the run-up to the Iraq fiasco, Secretary of State Colin Powell invoked the “Pottery Barn Rule,” warning President George W. Bush, “If you break it, you own it.” We still haven’t swept up the shattered pottery from first two wars. For example, the drawdown in Afghanistan is costing our nation $10 billion to $15 billion a month. Yet warmongers like Sen. John McCain have our dance card filled with all sorts of potential foreign adventures.

The most obvious broken pottery shard is the VA hospitals, which now have more injured veterans than can properly be cared for. This week, a true patriot, Gen. Eric Shinseki was the fall guy. He resigned from the Department of Veterans Affairs to take the heat off of the Obama administration. But Republicans who enthusiastically backed military adventures overseas also bear the blame. They sent our brave young men and women into harms way, only to underfund the critical care they would need when they returned home. Wealthy Cadillac conservatives, who now sip fancy martinis paid for with tax cuts, must understand that their greed is partially responsible for the disaster at Veteran’s Affairs.

In terms of foreign policy, Obama should receive high marks. One purpose of international affairs is to keep trades routes open – and during the Obama era there has been no threat to commerce. The second point of foreign policy is to protect the homeland. Last time I checked, terrorists crashed airplanes into two towers on George W. Bush’s watch. No similar act of terror has taken place during the Obama presidency – while terrorist kingpin Osama bin Laden was killed in a gutsy raid.

In a speech at West Point this week, Obama rightfully slammed his detractors by claiming they were “either misreading history or engaged in partisan politics.” His assessment was dead on and the president has consistently made wise choices that have saved this nation lives and treasure. This has strengthened the military by keeping soldiers alive, and solidified the home front by allowing us to begin focusing on fixing our domestic troubles.

Some Republicans begged President Obama to invade Syria, even though we can’t tell the good guys from the bad. For some reason, the McCain crowd still thinks it can pick the right mullah to represent American interests, even though history suggests we are clueless. Instead of committing us to war, Obama smartly secured a commitment from Syria to rid the nation of chemical weapons without firing a shot.

In Iran, there are few good outcomes. We can’t let a nation run by religious fanatics have a nuclear arsenal and set off an arms race in the Middle East. Yet, if we prematurely bomb Iran, the population will rally around the deeply unpopular mullahs and strengthen their hand. Before the bombs fly, it’s best that America exhaust all other options, which is precisely what the president is doing.

There are a few demented Republicans who want Obama to pick a fight with Vladimir Putin over Ukraine. My heart is sympathetic to such arguments and I’d like to see regime change in Russia. However, my head reminds me that Russia has a powerful military, a nuclear arsenal, and the ability to strike the United States with intercontinental ballistic missiles. A direct military clash would also be a home game for Russia, with the US forced to fight on their inhospitable turf. Ask the Nazi’s how that turned out.

Given this harsh reality, it seems that President Obama has played his hand reasonably well. We aren’t in a war with Russia and Putin seems to be retreating in the face of international sanctions and condemnation. There may be a time when we must fight Mother Russia and its vain dictator, but if possible it’s best to avoid World War III.

The one place I’ll disagree with President Obama is on his strategy to spend $5 billion to train foreign militaries to fight terrorists. It is insane to give weapons and military expertise to militias in countries where there is a thin, fuzzy line separating the terrorists from the terrorized. It makes little sense to funnel our tax dollars for military purposes to unstable regimes in countries like Mali, Rwanda, Libya, Kenya, Nigeria, Uganda, and Somalia.

This wasted money should stay at home and be used to fix our crumbling infrastructure, improve schools, create jobs, and invest in research and development. Our true strength lies in our ability to create, rather than destroy. The more we forget this lesson, the further we degrade our true military muscle and our future greatness.