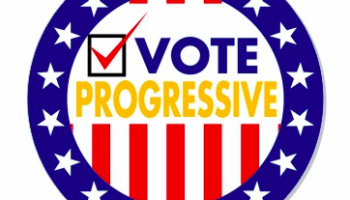 Progressives Only Lose Because They Don’t Vote

In the late 1970s, Rev. Jerry Falwell launched the Moral Majority, an ambitious project that created an evangelical political empire. This organization remade America in its angry, narrow-minded image. By energizing right wing citizens who vote religiously, Falwell ensured politicians from Ronald Reagan to modern day crusaders, such as Sens. Ted Cruz and Marco Rubio, danced to its intolerant tune.

So far, the progressive movement has miserably failed in creating an analogous structure to the Religious Right. So-called “Values Voters” reliably vote for conservative Republicans in elections big and small. Progressives too often show up at the voting booth for glamorous presidential elections, then lumber back into hibernation for the next four years.

As a result of progressive sloth, inspiring politicians, such as Barack Obama, can offer hope – but we don’t provide the Congress they need to make real and lasting change. It is a miracle that Obama has accomplished as much as he has, considering the obstacles he’s faced in Congress.

The Washington Post’s Jonathan Capehart explains how we, as Democrats, are failing ourselves through inconsistent voting:

Six million fewer Republicans voted for Senate candidates in 2014 than in 2008. But 14 million fewer Democrats went to the polls. That 42 percent drop in turnout allowed the GOP to take over the Senate. The 2014 election also saw the Republican majority increase in the House to its largest 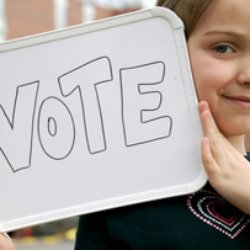 “Democrats did not lose the House in 2010 and the Senate in 2014 because working-class Whites fled the Party [for the GOP],” explained Steve Phillips, a senior fellow at the Center for American Progress and co-founder of PowerPAC.org. “They lost because voters of color and their progressive White allies stayed home.”

Phillips delivers this data in a chapter titled “Requiem for the White swing voter,” in which he argues that Democratic campaigns and candidates should shift their focus from trying to win over the ever-elusive white swing voter to what he calls the “New American Majority.” That is, a 51 percent coalition of all eligible voters in the United States that includes 23 percent of progressive people of color and 28 percent of progressive whites.

Democrats need to consistently hammer home the message that we can’t accomplish anything without consistent voting – and this includes off-year elections. To inspire voters, Democrats should steal a page from Newt Gingrich’s “Contract with America.”

Democrats should unveil a 20-point “Progressive Promise to America” to let voters know what we will deliver if they show up to vote in FOUR consecutive election cycles, giving us a Democratic president, a majority in the House, and a filibuster-proof majority in the Senate.

The plan, a “Progressive Promise to America”, would offer:

– Declare Election Day a national holiday, as well as roll back attempts at GOP voter suppression in the states

– Ensure a woman’s right to choose with minimal restrictions

– Equal opportunities for women including equal pay for equal work

– Affordable college for all

– Healthcare coverage for all Americans

– Raise the national minimum wage to $15 an hour

– Climate Change: Break our addiction to fossil fuels and lead the world in creating innovative solutions with a revolution in clean energy

– Commit to leading the world in science, technology, and innovation

– Ensure that America continues to have the strongest, most modern military in the world, as well as zealously defend our nation against terrorism. However, the military should avoid foreign adventurism that needlessly costs America in blood and treasure, while degrading our standing in the world

America is a center-left nation. Progressives only lose because we don’t consistently vote. Stop complaining and start contemplating how we are going to fundamentally alter our relationship with the voting booth, where the solutions to our problems can be found. 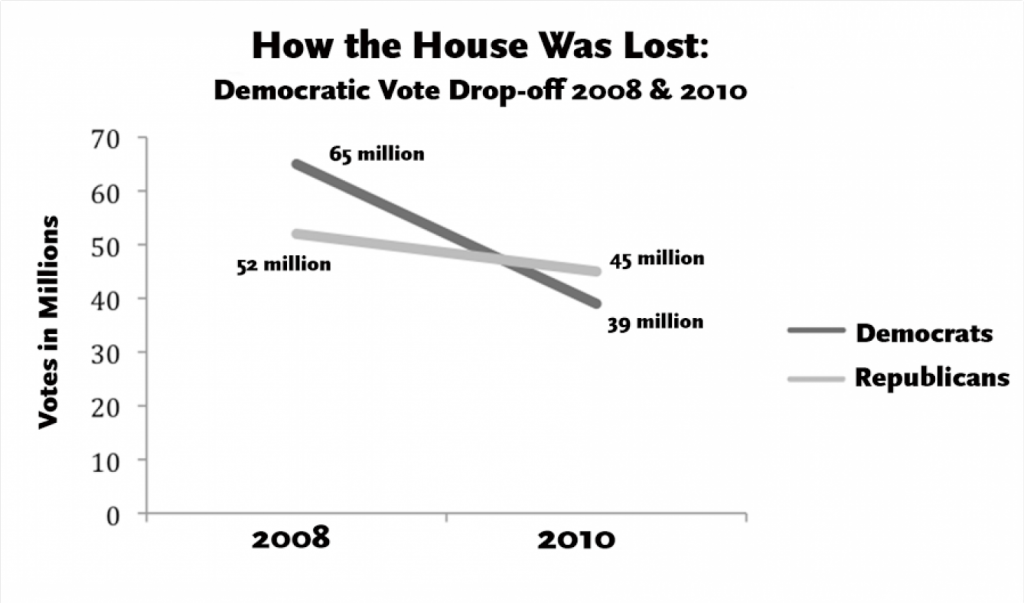 One Response to Progressives Only Lose Because They Don’t Vote