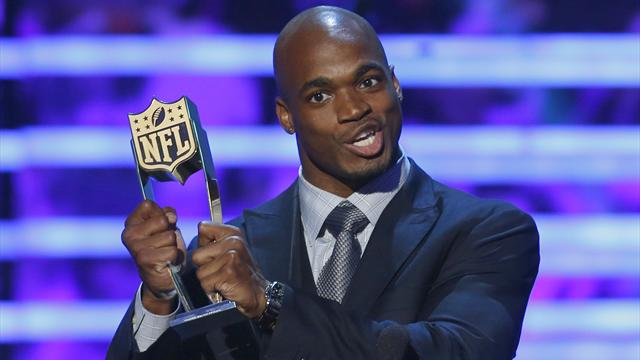 Last week, National Football League Commissioner Roger Goodell had a disastrous press conference where he said “nothing.” It was full of pandering and platitudes, with little substance. Given his lack of instinct for crisis management – it is difficult to believe he is worth $44.2 million a year. You could pluck a random child out of Middle School and he’d probably handle the situation better – for free.

USA Today’s Nancy Armour captured what many people were thinking when she wrote: “Roger Goodell would have been better off staying in hiding.”

Does the NFL really need teams of consultants to tell them what to do when a player like Baltimore Raven’s running back Ray Rice knocks his wife unconscious in an elevator? Does Goodell really need a PR firm to deal with Arizona Cardinal’s running back Jonathan Dwyer, who allegedly head-butted his wife after she refused a sexual advance in July. And then allegedly assaulted her again the next day, punching her in the head, throwing a shoe at their 1-year-old son, and trashing her cell phone as she tried to call 911?

If you need an expert to tell you how to hold players accountable for violent crimes – you don’t belong as commissioner of the NFL.

Then, of course, there is the troubling case of Minnesota Vikings star running back Adrian Peterson. He is accused of beating his son with a switch – which is a tree branch stripped of its leaves. When Peterson beat his son, he caused cuts and bruises to his legs, back, buttocks and scrotum.

Peterson’s mother defended him by saying: “When you whip those you love, it’s not about abuse, but love,”

Adrian Peterson himself tried to justify his behavior by saying that that’s how kids are disciplined in East Texas and that the fact he was abused there as a child was actually helpful. According to Peterson:

“I have always believed that the way my parents disciplined me has a great deal to do with the success I have enjoyed as a man.”

Let me make something crystal clear: Adrian Peterson is a child abuser and a monumental failure as a man. In fact, what kind of a so-called man tortures his own children in a “whooping room?”

Peterson is an incredible player. He’s the most dynamic runner since Barry Sanders. But a real man isn’t defined by how many yards he can carry the ball – but how he treats those closest to him. When it comes to his own children – Adrian Peterson is a despicable tyrant. Just because his father beat him, doesn’t give him an excuse to continue the sick cycle of abuse.

There is another spectacular running back that was a success on the field, but a glaring failure as a man: His name is O.J. Simpson. Peterson should understand that one could be a winner on the field and a loser in society.

The United Nations Committee on the Rights of the Child issued a directive in 2006 to call physical punishment “legalized violence against children,” and urging the practice be eliminated through legal and educational process. According to TIME magazine, thirty countries around the world have banned spanking in all settings.

The TIME article mentions the book The Primordial Violence, by Murray Straus that says spanking does correct behavior, but causes more problems than it cures:

“Research shows that spanking corrects misbehavior. But it also shows that spanking does not work better than other modes of correction, such as time out, explaining, and depriving a child of privileges. Moreover, the research clearly shows that the gains from spanking come at a big cost. These include weakening the tie between children and parents and increasing the probability that the child will hit other children and their parents, and as adults, hit a dating or marital partner. Spanking also slows down mental development and lowers the probability of a child doing well in school.”

Adrian Peterson is also a hypocrite. He spoke out against gay marriage when it was being debated in Minnesota. Well, we now know what his amazing Family Values look like in practice. It is infuriating that many loving gay parents can’t marry, but a child torturing straight father who can run with a football can.

Fundamentalist Christians have long advocated beating kids. They like to say “spare the rod, spoil the child,” which isn’t even in the Bible. Former Focus on the Family leader, James Dobson, was notorious for his books advocating corporal punishment for children.

Crooked NFL players and their blind enablers are rotten, nasty, individuals with a sadistic edge. Instead of feeling bad about their behavior, they try to turn their violence into a virtue. The NFL should fire Goodell, who has lorded over a league that has rapidly degenerated into a “field of screams.”

Previous post:
Join WCPT’s Wayne Besen and Dick Kay for a Get Out the Vote Rally on Oct. 18th at Paisans Pizzaria in Berwyn Next Post:
Protecting Free Speech is Worth Fighting For
about the author: Wayne Besen