Students Walk Out of Pence Commencement Speech at Notre Dame

Some of the Irish were in a fighting mood on Sunday – when 100 students walked out on Vice President Mike Pence’s commencement address at Notre Dame.

The student-led group, We-Sand-For, cited his anti-gay activism as Indiana’s governor. Pence’s cruel rejection of desperate Syrian refugees, his hostility toward Sanctuary Cities, and his support for Trump’s bigoted and unconstitutional Muslim Ban.

Congratulations to these students for making a powerful statement. They spoke truth to power – to an administration that believes — having power, means you never have to tell the truth. 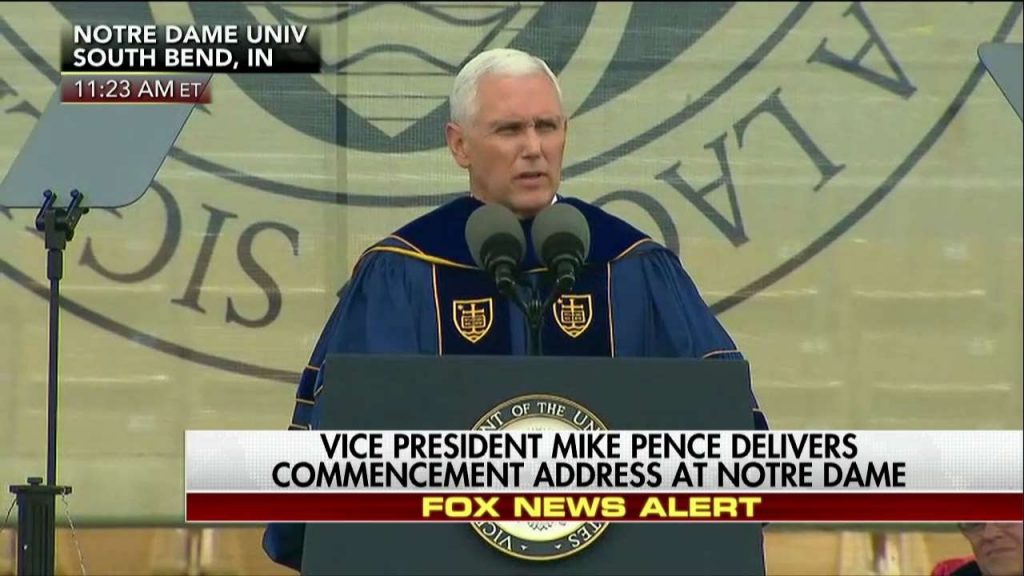 In his speech, Pence whined about free speech. Yes, it is true that some campuses have gone way too far banning controversial speakers. The First Amendment even protects douche bags.

But that doesn’t answer the questions: “Why do campus conservatives keep dredging the bottom of the barrel to invite offensive, intellectually inferior dregs of society to speak at colleges?

It seems they stand for no higher intellectual pursuit or worthy principle than pissing off liberals.

While, I’m sure it’s fun, it does expose the shallowness of campus conservatives and the intellectual rot that has gripped their movement – culminating in the election of a fool like Donald Trump.

Speaking of intellectual decay – I’m am so sick and tired of the corporate media portraying Mike Pence as smart and serious. He only looks intelligent because he’s compared to Donald Trump – in the same way we all look serious when standing next to a circus clown.

Or – when Donald tried to show his mastery of policy during the campaign by standing next to Sarah Palin.

Truth be told, the only reason Pence is the Vice President, is because all remaining credible Republicans did not want to job.

People forget — Pence’s political career had been destroyed over his disastrous, incompetent, and supremely dumb handling of the anti-LGBT “license to discriminate” fiasco in Indiana. That’s the only reason he was available and willing to take the VP job.

In office, Pence has consistently been made the fool — and left in the dark. He’s been trotted out repeatedly to lie on behalf of the president or Michael Flynn, further eroding his credibility. 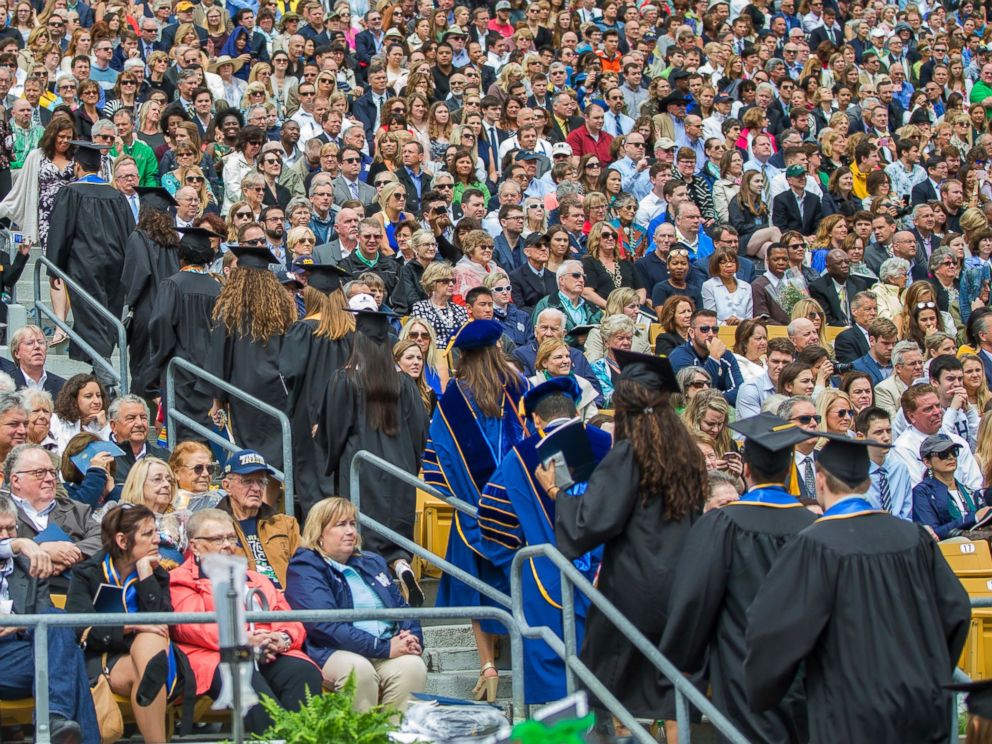 Obama’s political guru, David Axelrod, nailed it when he Tweeted: “What is it about Mike Pence that no one tells him anything”?

Republican strategist John Weaver tweeted: “Pence’s choices – Out of the Loop dupe is better than in the loop conspirator.”

If Trump is impeached or quits, Pence should also step aside. He was part of Trump’s corrupt campaign and is irredeemably tainted by Trump’s various scandals.

It’s hard to help the nation heal when you’re a part of the harm.

Of course, don’t expect Dense Pence to have any integrity, do what’s right for America or even ask What Would Jesus Do.

I’m not calling Pence a hypocrite, but I have noticed that Jesus always does what’s right for Pence’s political career.

Last week, Pence created a Political Action Committee – showing his ambition to be president if his boss continues to falter.

Yes, Pence is significantly better than Trump – the same way it’s better if a nuclear bomb lands on your house, rather than suffering from the fallout.

This is Wayne Besen’s  daily “Reality Check,”  for the Progressive Broadcasting Network – where we are independent, not owned.

Sign up for my YouTube page at YouTube/Wayne Besen. Please also consider supporting my work, by making a tax-deductible contribution at TruthWinsOut.org. Go to the site and please donate today.

Previous post:
Trump Jets to Saudi Arabia to Forget Trouble at Home Next Post:
Reality Check: Non-Compete Clauses Should Be Illegal
about the author: Wayne Besen