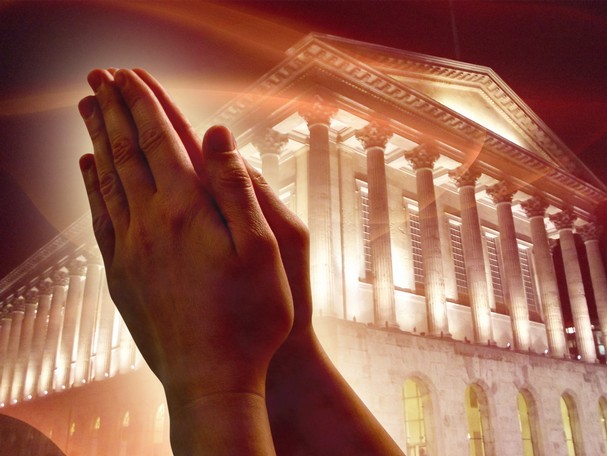 The United States Supreme Court blundered supremely this week when it ruled 5-4 that the Constitution allows town boards to begin their meetings with sectarian prayers. The decision gave free rein to obnoxious zealots to shove their personal religious flavors down the throats of other citizens in what should be neutral government settings.

It has always been rude, un-Christian behavior to recite prayers in “Jesus’ name” in venues with non-Christians. Now, unfortunately, such boorishness was given the Supreme Court’s imprimatur and opened the fundamentalist floodgates to aggressive proselytizing at government events. 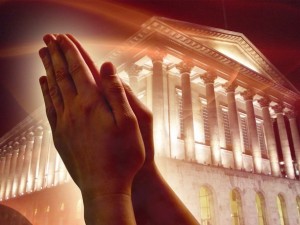 I know the ramifications of this decision from personal experience. As a Jewish teenager who had lived in suburban Texas, I had to suffer through many such prayers, which were intended to isolate those who did not share the fundie faith. The frequent purpose of such intolerant invocations was to send a message to non-Christians, moderate Christians and non-believers: “This is a fundamentalist Christian nation. Our religion is superior, yours is inferior, and we have the right to absolute dominion. You may live here, but never forget who is in charge.”

That the US Supreme Court thought this form of serial religious harassment was acceptable, shows how extreme, insensitive, and out of touch with of reality a majority of the justices truly are. Those who voted to enshrine prejudiced prayer in government spaces were the usual suspects: Chief Justice John G. Roberts Jr., Justice Samuel A. Alito Jr., Justices Antonin Scalia and Clarence Thomas. It particularly was disappointing, however, that Justice Anthony Kennedy used his swing vote to codify such craziness.

Indeed, Kennedy’s reasoning was downright bizarre: “Adults often encounter speech they find disagreeable. Legislative bodies do not engage in impermissible coercion merely by exposing constituents to prayer they would rather not hear and in which they need not participate.”

Does Kennedy live in the real world?

Clearly, a court or legislative chamber that parades a consistent drumbeat of preachers who deliver fundamentalist prayers is promoting a viewpoint that screams “bias.” It tells petitioners of government, or those who face state sanctions, that they may not get a fair shake if they don’t hold “conservatively correct” beliefs. This scenario is particularly dangerous in rural settings where Christian extremists will feel no compunction about turning government into tent revivals.

There is also the potential for Biblical boondoggles where taxpayers are forced to sponsor what amounts to free advertising for a municipalities favored religion. This represents more than a chip at the wall separating church and state – it is a defacement of this wall with graffiti, followed by steroidal muscleman repeatedly slamming it with a sledgehammer.

Furthermore, this monstrosity of a ruling further revealed the irrationality and radicalism of Justice Clarence Thomas. Thomas actually disputed the very notion that the 1st Amendment’s ban on the “establishment” of religion even applies to state and local governments.

Does this man actually want America to become a patchwork of divisive religious municipalities? Where one town is known as “Catholicville” and the next one over “Pentecostal Land” and the next one “Muslim Town?” Is this really his perverted vision for our nation?

This pathological drive to divide Americans by faith – sort of like Bosnia, Ireland, or Iraq — is truly mind-boggling. It’s as if Thomas doesn’t read newspapers and is completely oblivious to the strife and violence caused by pitting religious believers against each other.

All government entities should be completely neutral and devoid of religious content that seems to favor certain faiths. This is the only way to ensure fairness and not exclude people in this in this increasingly diverse nation that is becoming less religious.

If people want a prayer there are churches, synagogues, temples, and mosques specifically designed for that function. Having prayer to open a city council meeting is as ridiculous as opening a Sunday church sermon by discussing potholes or municipal bonds. It is crystal clear that prayer in government settings is a slippery way for religious groups to proselytize on the taxpayer’s dime.

Of course, America is getting what it deserves. Despite the fact that Republicans reliably crash the economy and insert religious demagogues into positions of power – the people don’t consistently vote for politicians that support rational, non-sectarian policies. For all the damage George W. Bush and obstinate Tea Bag members of Congress did to this country, America is poised to reward this odious party by potentially handing them the keys to the Senate, to go with their set to the House of Representatives.

If a Republican wins the White House in 2016 and has a GOP Senate to confirm court nominees – we can expect more Justices like Scalia and Thomas to be confirmed. This would set back this country for generations. In such a dire scenario, we can kiss gay marriage goodbye, as well as a woman’s right to choose.

This week’s absurd court decision on prayer reminds us that elections matter and Supreme Court Justices can degrade this nation and drag it down for decades after they are confirmed.