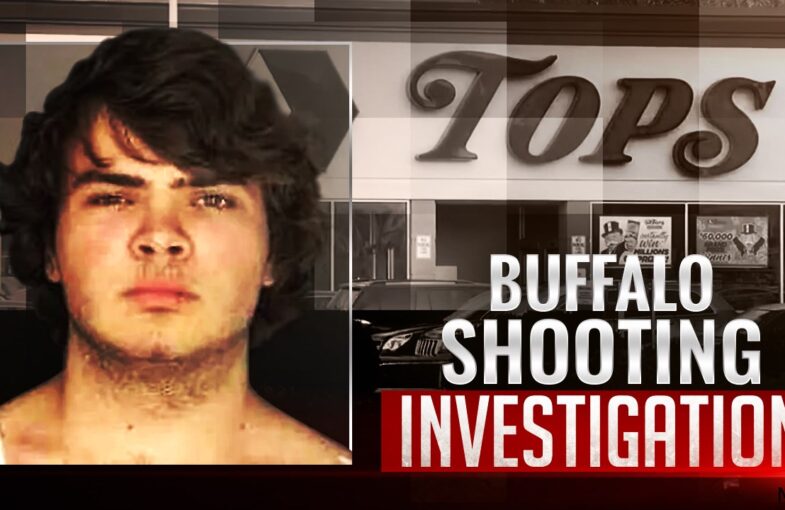 The GOP has Transformed America into a Soul-Sick Society

A racially motivated slaughter that killed ten people and injured three at a Buffalo supermarket is a horrific tragedy, but it can hardly be considered “news”. I say this with frustration and anger because there is nothing particularly novel in today’s America about a white supremacist opening fire on defenseless families with assault weapons. Such attacks are outrageous and terrifying, but they are no longer surprising or shocking. America has undeniably become a soul-sick society where mass shootings, hate-based attacks and political psychosis are so common that they are mere background noise.

After each occurrence, we engage in performance art by offering “thoughts and prayers” and resolutely declaring “Never Again”! Of course, our prayers never help, and it happens all over again in a matter of hours or days. These appalling tragedies are as much a part of the American landscape as wheat and cornfields.

After these ritual slaughters we always say, “this is not who we are”. But the consistent carnage and deadly love affair with guns says otherwise. “Gun deaths reached the highest number ever recorded in the United States in 2020, the first year of the pandemic, surging by 35 percent,” the Centers for Disease Control and Prevention reported on Tuesday.

The root of most of our problem is simple, though the solution is not. The mainstream Republican Party decided that their path to power was kowtowing to crackpots and cranks. They coopted conspiracy theorists, regaled religious nuts, played footsie with fascists, glorified gun-toting goons and winked at white supremacists. To amplify these ignoble efforts, conservative media networks were created to serve as permanent outrage machines. If the people in the right-wing base could be riled, they would come out to vote.

If you think I’m exaggerating on the pathology of this degenerate party, consider a candidate’s forum sponsored by the extremist John Birch Society in Idaho. According to The New York Times:

They clapped as one candidate advocated “machine guns for everyone” and another called for the state to take control of federal lands. A militia activist, who was once prosecuted for his role in an infamous 2014 standoff with federal agents in Nevada, promised to be a true representative of the people. A local pastor began the meeting with an invocation, asking for God to bless the American Redoubt — a movement to create a refuge anchored in northern Idaho for conservative Christians who are ready to abandon the rest of the country.

Establishment Republicans had always intended to control these crazies and exploit them for votes to win tax cuts for the wealthy and business deregulation. But the inmates took over the asylum and Republican politicians had to decide whether to beat the bigots or join them.

The GOP leadership concluded that the future was surrendering their senses and selling their souls. As a result, we find ourselves in an endless loop of looniness and lies. Rep. Paul Gosar (R-AZ), for example, is trying to portray the Jan. 6 insurrectionists as persecuted heroes. In a tweet this week he ominously warned:

“When we take power, and we will, never forget how these monsters treated the January 6th political prisoners.”

Also, this week, Elise Stefanik (R-NY), chair of the House Republican Conference, attacked Democrats in a Tweet with demagoguery worthy of a dictatorship:

The truth is, the Republican Party is morphing into the party of Nazi-sympathizers and nuts, fascists and fanatics, and Rep. Stefanik is one of their enablers. Payton Gendron, the 18-year-old shooting suspect in Buffalo, was motivated by the “Great Replacement” conspiracy theory. This idea postulates that Jews are exploiting immigration loopholes to replace white people with minorities who are eager to vote for the Democratic Party. To stop this alleged nefarious plot, white Christians are justified in using violence to preserve their cultural dominance and way of life.

Mirroring the ideas that inspired the killer in Buffalo, Stefanik released a series of Facebook ads in September 2021 that ludicrously claimed Democrats were importing immigrants as a ruse to swell Democratic voter rolls and replace Republicans.

“Radical Democrats are planning their most aggressive move yet: a PERMANENT ELECTION INSURRECTION”, screamed one of the ads. “Their plan to grant amnesty to 11 million illegal immigrants will overthrow our current electorate and create a permanent liberal majority in Washington.”

Such fear-mongering is also a staple of FOX News, with host Tucker Carlson regularly pushing the “Great Replacement”. The result is that an Associated Press-NORC Center for Public Affairs Research poll from December found that 1 in 3 U.S. adults believed there was “an effort to replace U.S. citizens with immigrants for electoral gains.”

A quick solution would be for Republican leaders to purge white supremacists from their ranks. However, the GOP leadership is comprised of cowardly clowns and gutless worms like Stefanik and House Minority Leader Kevin McCarthy, who backtracked on condemning Trump’s coup. The GOP taking a stand against Nazis is about as likely as Vladimir Putin joining the Board of Human Rights Watch. All the modern Republican Party has to offer America is death, delusion, destruction and denial.

Democrats need to stop playing nice with Republicans. We must admit that these aren’t the same country club conservatives of our parent’s generation. These extremists are part of a radical movement that is at war with America.

If it were Muslims, or another minority, encouraging violence, advocating armed conflict, working to destroy our norms and institutions, trying to impose their religion and promulgating insane conspiracy theories, everyone would wise up to realty. But the fact that those trying to wreck this country are mostly white, rural church going folks, has anesthetized too many people from recognizing the imminent threat we face.

One person who understands the gravity of the moment is Rep. Liz Cheney (R-WY). She took the proper tone and lambasted the Republican leadership for their key role in advancing extremism.

“The House GOP leadership has enabled white nationalism, white supremacy, and anti-Semitism. History has taught us that what begins with words ends in far worse. @GOP leaders must renounce and reject these views and those who hold them,” Cheney wrote in a tweet.

Cheney’s message should be repeated as often as possible by Democrats between now and Election Day. The GOP is a party that is too radical, too risky and too reckless to be trusted with power. We must inspire ourselves to save democracy now or be ruled by the party that inspired Payton Gendron to go on a shooting spree in Buffalo. If we allow a “Great Replacement” in Congress in November, our nation’s future as a liberal democracy is in serious doubt.