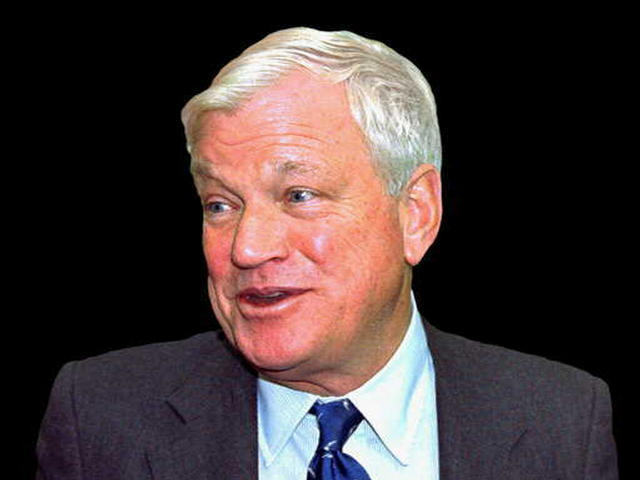 You know, I hate to harp on the recently dead. I like to pay my respects to those who have passed away, at least for the sake of their family. But, today we are going to have to make an exception. I will try to be as delicate as I can – however, the record must be set straight.

I’m sure he had a couple of good qualities and there are people who loved him. However, there are few villains who have been more destructive and done more damage to the cohesion of America than Richard Mellon Scaife. He used his vast billion-dollar fortune to dismantle our heritage, degrade our political unity, and destabilize America.

His initial waste of money was spent on politics. In 1964, Scaife supported Senator Barry M. Goldwater, who set the ugly direction for the GOP and cemented its radical creed when he proclaimed:

“Extremism in the defense of liberty is no vice. And moderation in the pursuit of justice is no virtue.”

Conservatives took this quote quite literally and ran with it – never looking back. The result is today’s crazy Republican Party and stubborn Tea Baggers who refuse to compromise. Thanks, Richard Mellon Scaife, for using your money to give Barry Goldwater and his intransigent heirs a platform.

In 1972, Scaife gave $1 million to President Richard Nixon’s reelection campaign. This included $45,000 to a clandestine fund that was tied to Watergate. Thanks, Richard Mellon Scaife, for bringing us the corrupt Nixon, as well as his divisive Southern strategy, which used racial code words to incite people in Dixie.

In the 1980s, Scaife supported Ronald Reagan who brought us disastrous deregulation, elevated the Moral Majority, ignored AIDS, and gave us voodoo economics. (No offense to voodoo)

The philanthropist went on to strategically build a right wing infrastructure that became known as the “conservative movement.” Unlike normal advocacy that worked to improve America, this strange, peculiar offshoot, created an alternative, fictitious  universe that abhorred facts and fractured national consensus. It forged a parallel narrative and a dangerous vision for this nation. One that was exclusionary, bigoted, divisive, and reactionary. Scaife money was used to found controversial institutions like the Heritage Foundation — that provide blueprints  for a conservative takeover over of America.

This right wing Daddy Warbucks also bankrolled the rise of neo-conservatism. Thanks, Mr. Scaife, for the $3 trillion dollar Iraq war that has broken the bank and shattered the Middle East.

Scaife, however, was most notorious for his single-minded effort to destroy Bill Clinton – no matter how much money it took to do so. In the process, he brought the nation to the brink and set us on a partisan collision course that we are still on. His maniacal campaign to bring down a sitting  president – showed how one troubled rich guy with low morals, no regard for truth, and an axe to grind could nearly topple the most powerful man in the world.

Remember when Hillary Clinton got on national television and spoke of a “vast right wing conspiracy”? She was talking about the campaign waged by Richard Mellon Scaife.

During the Clinton presidency, he dumped millions of dollars into the Arkansas Project, financing bogus investigations against the Clintons in conservative publications such as the American Spectator and his own Pittsburgh Tribune-Review. The mainstream media, hungry to fill time on cable news and appear fair and balanced, picked up these stories and helped spread the blatant misinformation. This unseemly attack on President Clinton consumed the nation’s energies and kept us from moving forward. We have yet to fully recover.

This well-oiled campaign finally struck gold when it indirectly led to Monica Lewinsky. Thanks to Scaife, the nation’s business was put on hold, as we were treated to a parade of clownish characters like the back stabber, Linda Tripp, and the prurient prosecutor Ken Starr.

The end result of this puritanical charade was the president’s impeachment by the House on perjury and obstruction of justice charges and his acquittal by the Senate. As a side note, the impeachment brought down several Republican hypocrites – such as Rep. Bob Livingston and Newt Gingrich, who also had extramarital affairs of their own. Bill Clinton emerged from this witch-hunt more popular than ever.

Speaking of hypocrites, Scaife, who funded many intrusive Family Values crusades, was reported to be a raging drunkard and was divorced twice. Such incongruous behavior is par for the course, with this crowd of phonies.

Again, I don’t mean to besmirch the dead, but Richard Mellon Scaife nearly ruined this country – and still may yet. He set the template for the Koch brothers and other foundations, such as Coors, Bradley, the National Christian Foundation, and Howard Ahmanson.

If you want to know why Congressional Republicans are inflexible and allergic to compromise, think Richard Mellon Scaife.

If you want to know why America is politically polarized as never before? Think Richard Mellon Scaife.

If you are sickened by the ugly politics of personal destruction – you can thank Richard Mellon Scaife.

While he may or may not  rest in peace, America hasn’t had a moment of peace since the moment he opened his wallet to catapult conservative crackpots into the mainstream. His legacy lives on, and we have yet to emerge from the surreal world and political nightmare he foisted on this country.

Previous post:
The Absurd and Dangerous Hobby Lobby Ruling Next Post:
July 12, 2014 – Wayne Covers The NRA, Marijuana Legalization, and the Economy
about the author: Wayne Besen