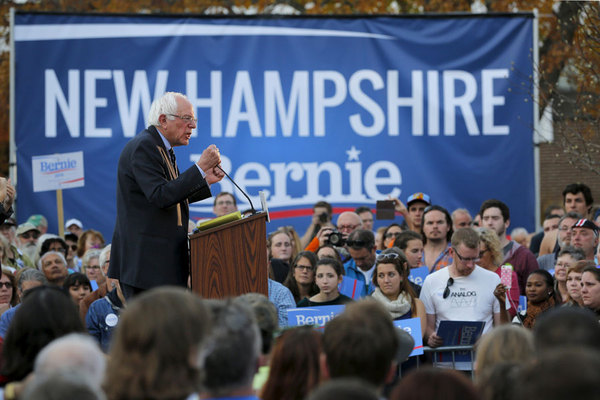 One year ago, would you have laughed in my face had I told you that the winners of the New Hampshire primary would be Bernie Sanders in a landslide and Donald Trump with a commanding victory?

Bernie Sanders is a Democratic Socialist from a small state best known for skiing and maple syrup. He had cultivated a small, but fervent following, appearing on progressive media like Thom Hartmann and Real Time with Bill Maher. Donald Trump is a brash casino operator and magnetic reality TV star. With Trump, it’s always a competition to see which is larger: his ego or his bank account.

These two men are radically different. One is a narcissist and a bigot with borderline fascist tendencies. The other is an old school FDR liberal with big dreams. The appeal of both is that they have vision and inspire hope – and the flip side of hope, which is loathing from their foes. Trump and Sanders are men of Big Ideas, while their opponents are playing small ball.

The marketing genius of Trump is seen in his pitch perfect slogan: “Make America Great Again.” The optimism in this refrain is so gigantic it has overshadowed and overwhelmed the negative mudslinging that the candidate has displayed on Twitter and at his boisterous allies.

Bernie Sanders is also a marketing phenomenon. He has his pulse on the American Dream. He intuitively understands the mounting concerns and deep anxieties of everyday Americans. Sanders wants to also make America great again – or more succinctly, remake America so it is better than ever.

There is a feeling that America is falling behind – unless you are one of the lucky few. There is a growing consensus that the game is rigged. There is mounting frustration that we are told we must accept the debilitating and infuriating status quo. The lucky ones tell us – that’s the way it is – and in order for the economy to prosper – we must accept the preeminence and permanence of the gilded society and the graft that built it.

People are beginning to say “NO.” Or, in the words of Bernie Sanders – “Enough is enough.”

I guess they thought we were blind and would not see our pathetic airports, in comparison with the beautiful terminals in other countries. Or, the crappy Internet service we offer compared with other modern nations. They thought we weren’t paying attention to inferior trains in America, while other nations have bullet trains. Or the fact we are falling behind in education.

They thought we’d put up with deteriorating infrastructure – the unsightly potholes and the dilapidated, dangerous bridges. The lead in water pipes in too many big cities, including Chicago.

I guess, they thought we were sleeping when the too big to fail banks stripped our dignity and robbed our future – while no one paid a price.

I guess they thought we never crossed the border into Canada and saw a largely happy, safer society with a broad social safety net.

I guess they didn’t think we were watching this year – as 107 people or groups – many with ties to the oil or pollution lobby — gave $1 million or more to try to buy the elections.

And, I guess they assumed it was okay that the 100 largest U.S. CEO retirement packages are worth a combined $4.9 billion, equal to the entire retirement account savings of 41% of American families.
Or that a shocking 95-percent of income growth since the recovery started has gone to the super-wealthy. Or that a new Oxfam report said that 62 people own as much wealth as the 3.5 billion people in the bottom half of the world’s income scale.

I guess they thought we forgave the American companies and cheats who tried to manipulate their way out of paying taxes. The United States has already imposed more than $1.3 billion in penalties on 80 Swiss banks in settlements involving upward of 34,000 accounts that held as much as $48 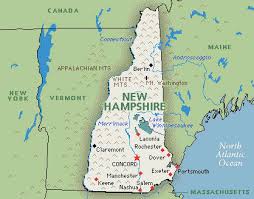 billion dollars. These sneaky criminals with their Swiss Banks are the ones telling us that we can’t afford Medicare for all or free college.

The political elite keeps trying to slide though trade deals that put American workers at a competitive disadvantage. Steve Ratner wrote in the New York Times: “Last year our nation added 2.65 million new jobs. Just 30,000 of them were in manufacturing…At first glance, the automobile industry looks to be in batter shape. From the depths of the crisis in 2009 through 2013, employment in the auto manufacturing sector in the United States rose by 23 percent, to 690,000 from 560,000….That sounds pretty good, except that employment in the Mexican auto sector rose to 589,000 from 368,000 during the same period. I’m happy that 221,000 more Mexicans got jobs, but let’s be honest: Absent open borders, many of those jobs would have been in America.”

Bernie Sanders and Donald Trump are the ones who are saying – there are special interests and corporate fiefdoms that are blocking progress. We are going to remove these unfair barriers, so America can move forward.

Their opponents of the other hand, are making the uninspiring cases that they are the most experienced to negotiate with the special interests or pay cheaper tolls to the trolls at the fiefdom bridges.

In the early 1970’s corporate America decided that they would exert financial muscle to rewrite the rules to their favor. The number of corporate lobbying offices leapfrogged from 170 in 1971 to 2,445 a decade later. By 1978, these 2,000-plus corporate interests in Washington had a total staff of 50,000 employees, 9,000 lobbyists, and 8,000 public relations executives. In fact, these business interests outnumbered Congress 130 to 1.

People are fed up with being outnumbered by lobbyists and want leaders that respond to their interests rather than special interests. And this is the reason why Bernie Sanders and Donald Trump won New Hampshire.

Both Bernie Sanders and Donald Trump are attacked by those who say: What are your specifics and how are you going to pay for it?

They don’t seem to understand that in this particular election, specifics are secondary to leadership qualities, vision, and most important of all imagination. Trump and Sanders may not always have a visible trail. But voters trust them to beat a new trail though the thicket – because they come across as trailblazers. Their subliminal message: “We will forge a path where one does not exist. When there is a will – there is a way.

The two men diverge on their method at forging a new path. Sanders tells his supporters, join me on this journey and we will build a movement, and together we will navigate until a new trail is forged. Trump, on the other hand tells his woefully misguided followers, “I’m smarter than everyone, so leave it to me to find solutions to your problems.”

Sanders is a potential statesman, while Trump is a charlatan. During his victory speech last night, Trump promised to scrap Obamacare and come up with TrumpCare. He would magically end the heroin crisis in New Hampshire. If that weren’t enough on his plate, he would wave his wand and Mexico pay for a wall on the border, and to boot he would eliminate ISIS. That’s a tall order, or, more likely, a tall tale.

Nonetheless, this election is about unshackling the American Dream – and Trump and Sanders are the ones who have allowed Americans to imagine an exciting, invigorating future.

Previous post:
The 2016 Elections: No More Foxes in the Hen-house Next Post:
Obama: The Partisanship is Not Your Fault (Blame Newt)
about the author: Wayne Besen