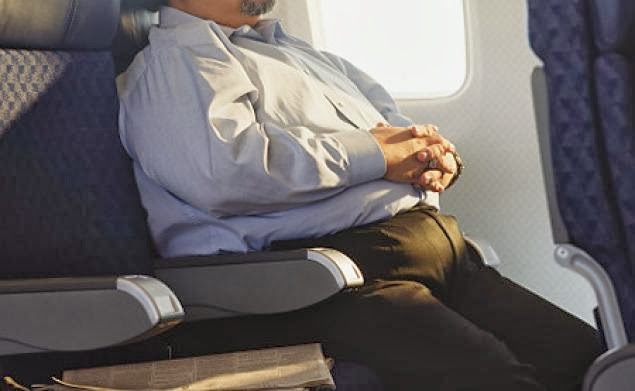 I don’t know about you, but I am so sick of the airlines. They keep getting worse and worse.

First, they came for your free snacks. Remember those? Complimentary peanuts and cookies. Gone.

Now, when you sit on the runway forever and you get hungry, you have to buy snacks. That’s more money out of your pocket.

Next, they started charging for every bag, so you have to under pack or get slammed with exorbitant charges. This might boost airline profits, but it is terrible for the economy. Tourists used bring empty suitcases to fill with souvenirs – now they don’t, which harms retail outlets.

Have you looked at airline prices lately? They are through the roof and unaffordable to normal, working people. What the airlines have done is merge, which killed competition, cut down the number of flights and raised the prices. So now they have fewer planes, but the ones they do have are packed with people who can afford the spike in prices. The rest of America is shut out from what used to be a relatively inexpensive way to travel.

If that’s not enough, the airlines have gotten brazen in their abuse of passengers. They shrunk the size of second-class seats at a time when America’s butts are the biggest they have been in our nation’s history. So, aside from your own uncomfortable seat, you have love handles spilling over into your seat from the chunky person sitting next to you.

They shrunk the seats in second class, to add more in first class. And these first class seats keep getting larger and more luxurious – because thanks to huge tax cuts, the wealthiest Americans have more disposable income. They sure as hell aren’t going to ride in steerage with the rest of us, so they upgrade – because they can.

Now, many of the seats don’t even recline, which means riding is downright uncomfortable. I would argue, it can cause back pain and harm customers. The way it’s going, we are soon going to fly subway-style, where we stand up and grab onto a handgrip. Really, isn’t that the direction we are going in?

If you are going to pack working people like sardines into a levitating tin can, after you’ve already placed them in long lines, and made them strip half naked to make sure they aren’t terrorists — tempers are going to flare.

You know what really pisses me off? Instead of taking responsibility for upsetting fliers, the airlines are blaming the customers. The airlines recently met in Doha, Qatar to figure out ways to spank the misbehaving fliers. They offered intense training for flight attendants and encouraged airlines to go after problem passengers for the cost of these disruptions — as much as $200,000 each instance for diverted flights, covering passengers who miss connections, extra fuel and ground crew costs.

If a person flying is an idiot, they deserve to pay consequences. But, the sharp rise in incidents either means we – the public – are a 63 percent crazier than we were in 2012, or the airlines are doing something to drive us insane. I think it’s the latter.

The nightmare of flying today is a mirror of our society and reflects a Koch Brothers world in the modern gilded age. You are either well-to-do or “screw you.” There is not much in between.

If we had a real Congress that actually worked for the American people, they would step in and create competition. This would bring down prices, and the airlines would begin competing again for the business of ALL Americans, not just the upscale market. Suddenly, we’d have our cookies back and have leg room.

Wouldn’t that be nice?

What we don’t want is to live in an airline-style world where a few lucky ones have all the amenities, and the rest are crammed into a floating metal tube – and then the kings and queens in front of the plane wonder why the rabble seems disturbed. (I also feel bad for the flight attendants. They had nothing to do with the changes impacting consumers, but they get the brunt of the blame, because they are the ones who fliers interact with)

Now, I don’t have a problem with having a First Class section. But, the gap between flying first class and economy class shouldn’t be widening — like our incomes. To treat customers like caged animals is wrong, and shows that these airlines have no class.

Previous post:
The GOP’s Most Unpatriotic Attack On a Soldier Next Post:
Vladimir Putin Insults Hillary Clinton With Sexist Rant
about the author: Wayne Besen