Trump’s new chief of staff, General John Kelly, swept in to the Oval Office and immediately fired Communications Director Anthony Scaramucci. This was supposed to professionalize the communications department.

So who does Trump trot out to unveil his new immigration fiasco? None other than Stephen Miller, the one dude in the entire world that makes Scaramucci look good at his job. Yesterday, America marveled at bizarre exchange with CNN’s Jim Acosta.

The White House deliberately put forth the insufferable Miller as a dog whistle, as he crouches in a bunker with his right wing base.

• The latest Quinnipiac Poll shows that only 33-percent of Americans approve of the job Trump’s doing. If he were a first round draft pick in the NFL, they’d be calling Trump a bust.

• But, even as Trump’s approval plummets, he is still embraced by his hardcore supporters. Nationally, conservative Republicans still approve of Trump’s performance by a whopping 89-percent. And, let’s not forget that 81-percent of white Evangelicals voted for Trump.

To solidify the support of these extremists, Trump has recently attacked the environment, urged police to use excessive force, banned transgender service members in a Tweet, and instructed the Department of Justice to focus on reverse discrimination against white people.

The proposed plan would cut legal immigration in half within a decade. It is clearly an attack on America’s core values and is a bigoted bone to the base, which wants to keep non-whites from immigrating to America. This twisted proposal mocks the Statue of Liberty’s call to welcome the poor and huddled masses.

The twisted idea that new immigrants should only be well-to-do or speak English before they arrive is reminiscent of Trump’s golf resorts: Snobbish, exclusive, and available only to the global, mostly white, elite.

Aside from offending our core values, Trump’s policy is bad for the economy – especially in the agricultural and tourist friendly states that voted for the president. South Carolina Republican Sen. Lindsey Graham said, “If this proposal were to become law, it would be devastating to our state’s economy.

The National Immigration Forum says the United States is already facing a gap of 7.5 million jobs by 2020, and that cutting legal immigration would cause “irreparable harm to the American worker and their family.”

But why concern yourself with facts if your goal is to peddle fiction to a rabid base, eagerly searching for scapegoats.This is Wayne Besen with your daily Reality Check. Until we meet again, have an amazing day. 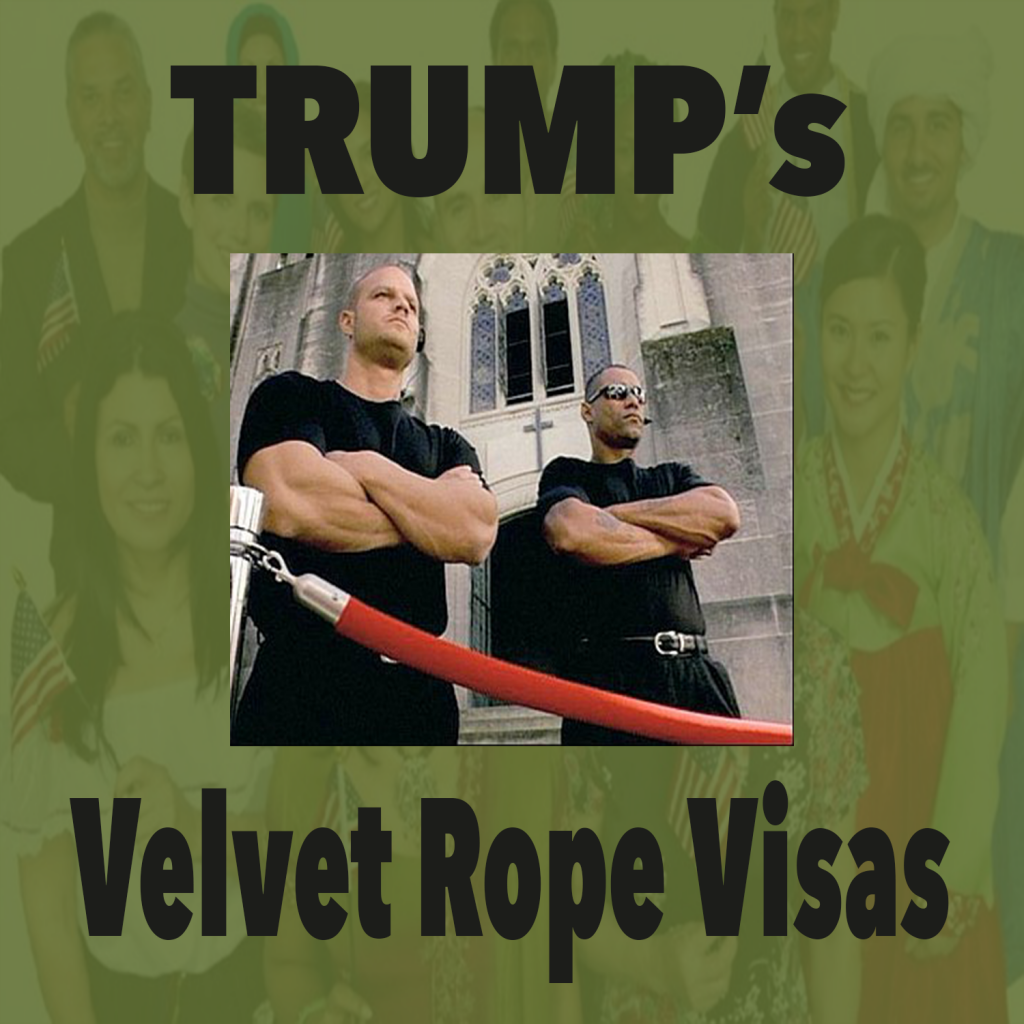 Previous post:
Wayne Smacks Down Gay Republicans for Inflicting Trump on America Next Post:
Trump Dupes West Virginians into Hurting Their Own Families
about the author: Wayne Besen