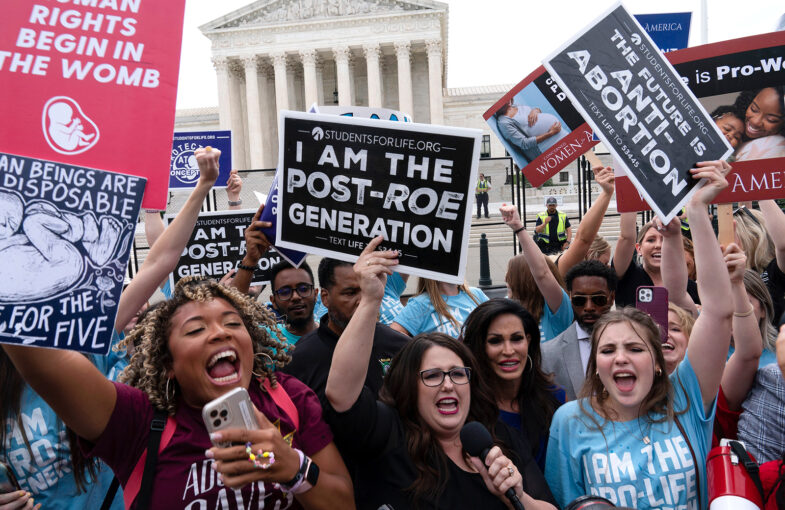 DELRAY BEACH, FL- Truth Wins Out harshly condemned the politically compromised, wholly radicalized Supreme Court for overturning Roe v Wade today and making forced births the law of the land. This extremist action, that overrides the will of the American people, must not stand. The arguably illegitimate court, packed with partisan actors, and empowered through bad faith power grabs executed by Sen. Mitch McConnell, must be vigorously opposed. This includes expanding the Supreme Court, and ensuring reproductive choice for women, including underground distribution of abortion-inducing pills in states where abortion is suddenly illegal, and women’s health jeopardized.

“The United States took a major leap into the dark ages today by making forced births the law of the land,” said Truth Wins Out Executive Director Wayne Besen. “This compromised Supreme Court forced archaic church views, held by its radicalized members, onto all Americans. They violated the separation of church and state, ignored precedent and settled law, sabotaged the rights of women, and stampeded the will of the American majority. This is nothing short of tyranny and the vulgar imposition of personal religious belief into the public square. Under no circumstances must this ruling be respected or allowed to stand.”

Our view of this ruling as illegitimate does not stem from the fact we disagree with the outcome. It comes from the incontrovertible fact that right wing conservative Republicans deliberately purloined the Supreme Court and acted in remarkably bad faith. They denied Democratic presidential administrations their rightful turn to appoint Justices, while stacking the court with movement loyalists, including a fanatical cult member who once served as a handmaid. Let’s also not forget Clarence Thomas, whose “treason wife”, Ginni, was a lead cheerleader for the insurrection. It is no mistake that all three of Donald Trump’s appointees were in the majority in the 6-to-3 ruling.

“This is one of the darkest days of American history and a dire warning that a radicalized minority of religious zealots, who don’t believe in democracy, are feverishly working to rule America,” added Besen. “It’s time we fight back and reclaim our nation from these extremists who seek to end democracy, deplete minority rights and force all Americans to adhere to their fundamentalist religious beliefs.  This is just the beginning and we suspect the court will come for LGBTQ rights next.”

Truth Wins Out educates the world on the harm caused by destructive “ex-gay” conversion programs, while fighting to eliminate anti-LGBTQ prejudice and discrimination. We believe that genuine freedom and contentment derive from authenticity and living one’s truth.

LISTEN NOW: Imagining life in a post-democracy America. We examine what life in the United State would be like if Trump’s coup succeeds.

Previous post:
Podcast: Imagining life in a post-democracy America Next Post:
A Terrifying Time Machine: Republicans are Turning Back the Clock
about the author: Wayne Besen