Decades of white flight from political reality is having devastating health effects.

A new study by two Princeton economists showed the mortality rate for whites 45 to 54 years old with no more than a high school education increased by 134 deaths per 100,000 people from 1999 to 2014. According to the New York Times, the researchers concluded that “rising annual death rates among this group are being driven not by the big killers like heart disease and diabetes but by an epidemic of suicides and afflictions stemming from substance abuse.”

I have a theory about what is causing this demographic demolition of white people in the prime of their lives.

Elections matter and have consequences. In the self-defeating political quest to keep minorities from getting “free stuff”, too many white voters have cut off their nose to spite their face. They vote Republican to hurt “those people” but end up harming their own family in the process. They are so interested in punishing black families they vote against their own interests. Sure, they may have harmed that poor black family down the street by electing officials who cut food stamps, but these same politicians cut education grants and now their own children can’t afford a college education without incurring massive debt. Was the tradeoff worth it?

The self-inflicted destruction of white middle-aged people has political origins that date back to the 1960’s. After President Lyndon B. Johnson signed the Civil Rights Act of 1964, he reportedly told an aide: “We have lost the South for a generation.”

His words were prophetic. Instead of showing leadership and joining the Democrats in rejecting racism, Republicans filled the vacuum and exploited race to politically realign the South. Richard Nixon was one of the first to employ this cynical plan with his notorious Southern Strategy.

The late Republican strategist Lee Atwater explained how Republicans could appeal to prejudice using code words and dog whistles. According to Atwater:

“You start out in 1954 by saying, ‘Nigger, nigger, nigger.’ By 1968 you can’t say ‘nigger’—that hurts you, backfires. So you say stuff like, uh, forced busing, states’ rights, and all that stuff, and you’re getting so abstract. Now, you’re talking about cutting taxes, and all these things you’re talking about are totally economic things and a byproduct of them is, blacks get hurt worse than whites.’”

As the latest health statistics reveal – the abstraction of tax and program cutting has also had a deleterious effect on whites too. Decades of voting for conservatives has led to lower paying jobs as unions have been weakened and jobs shipped overseas. Millions of white voters chose politicians who support “right to work for less.” Republicans have embraced the hospital industrial complex and insurance companies, which has created a healthcare system that caters to the rich and crucifies the working poor. Education funding has been axed, even as millionaires and bil 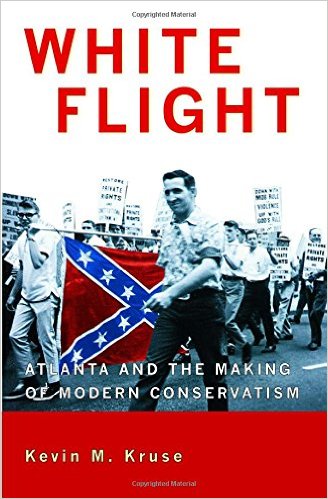 lionaires receive huge tax cuts. The white working class has voted for lawmakers who cut regulations and have allowed mega-mergers – which has led to less competition and higher prices. (A monopoly is not a free market)

Republican politicians have duped many white people by saying that America can no longer afford a social safety net, including Medicare and Social Security. But this is far from the truth. USA Today published a story that pointed out “the 100 largest U.S. CEO retirement packages are worth a combined $4.9 billion, equal to the entire retirement account savings of 41% of American families.”

No wonder why middle age white Americans are depressed and drinking and drugging themselves to death. They have sold out the American dream of a comfortable retirement so 100 pampered CEO’s can live like kings.

Unfortunately, white middle-aged people are slow learners. In Kentucky, they just elected Teabagger Matt Bevin as governor. He won because he ran against Obama’s record in a state where the president is wildly unpopular. Bevin is against Obamacare and has vowed to stop new people from enrolling. No doubt, this will send more white Kentuckians to an early grave – but at least they showed that black guy in the Oval Office.

States led by hardcore conservatives have failed miserably – most notably Louisiana, Kansas, and Wisconsin. Republican voodoo economics does not work and will backfire in Kentucky too.

New York Times columnist Paul Krugman pointed out that since 1947, under Democrats, the economy grew, on average, 4.35 percent per year. Under Republicans, it grew only 2.54 percent. Over the whole period, the economy was in recession for 49 quarters; Democrats held the White House during only eight of those quarters. Yet, white middle aged fools will vote for Republicans who undermine the economy.

The health statistics show that middle-aged whites need to go to the doctor for checkups. But they ought to get their heads examined too. Their self-defeating voting patterns are creating hopelessness that is literally killing them.