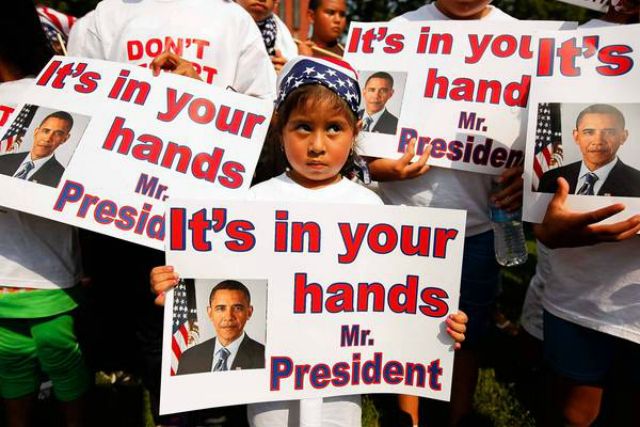 Obama Should Use The Element of Surprise on Immigration Reform

During his 2008 campaign Barack Obama liked to say, “We are the ones we have been waiting for.” Thank God he’s finally taking his own advice. No more timid Obama. Since the Democrats lost big in the midterm elections – the president seems to have found his voice.

Nowhere is this more evident than on the issue of immigration reform. He is standing up to belligerent Republicans and promising to take executive action to fix the broken system. Needless to say, the Republican leadership is throwing tantrums of epic proportions. They are making all sorts of threats, including:

• Shutting down the government. Idaho Tea Bagger Raul Labrador said this week, “I think we need to go all the way. What I think is a mistake is for any Republican to take any option off the table. House Speaker John Boehner hinted at a government shutdown and said he would “fight the president tooth and nail.” Senate Majority Leader Mitch McConnell said Obama’s action would be “like waving a red flag in front of a bull.”

• There are calls from some, including Washington Post columnist Charles Krauthhammer, to impeach Obama. Of course, this would destabilize the country in scary and unpredictable ways. Millions of American, including myself, would consider impeachment a coup against the first African American president, who many on the extreme right have never accepted as legitimate.

These childish actions would cement the image of the GOP as a bigoted, intolerant party that has no agenda other than divisiveness and obstruction. It’s the party of grievance. The party of extremism. The Party of “No.” If the Republicans follow-through on their reactionary rhetoric, it would, no doubt, mobilize Democratic base voters in 2016. It is absolutely amazing – even astounding — that the Republican Party is stupidly painting itself into a corner and digging a hole it can’t get out of.

They have absolutely no legal case against the president and their arguments are laughable:

• Number 1: The Senate has passed an immigration bill. The Republican House has had more than a year to act and not lifted a finger. It is not Obama’s problem that John Boehner doesn’t have control of his caucus and can’t get a vote.

• Number 2: Under John Boehner’s failed so-called leadership they have voted 54 times to repeal ObamaCare – which they knew had no chance of happening. The Boehner House has voted nine times – including last week — to ram through the environmentally destructive XL pipeline. If they can find time to vote repeatedly on these pet issues – they most certainly can find the time to vote once on immigration. 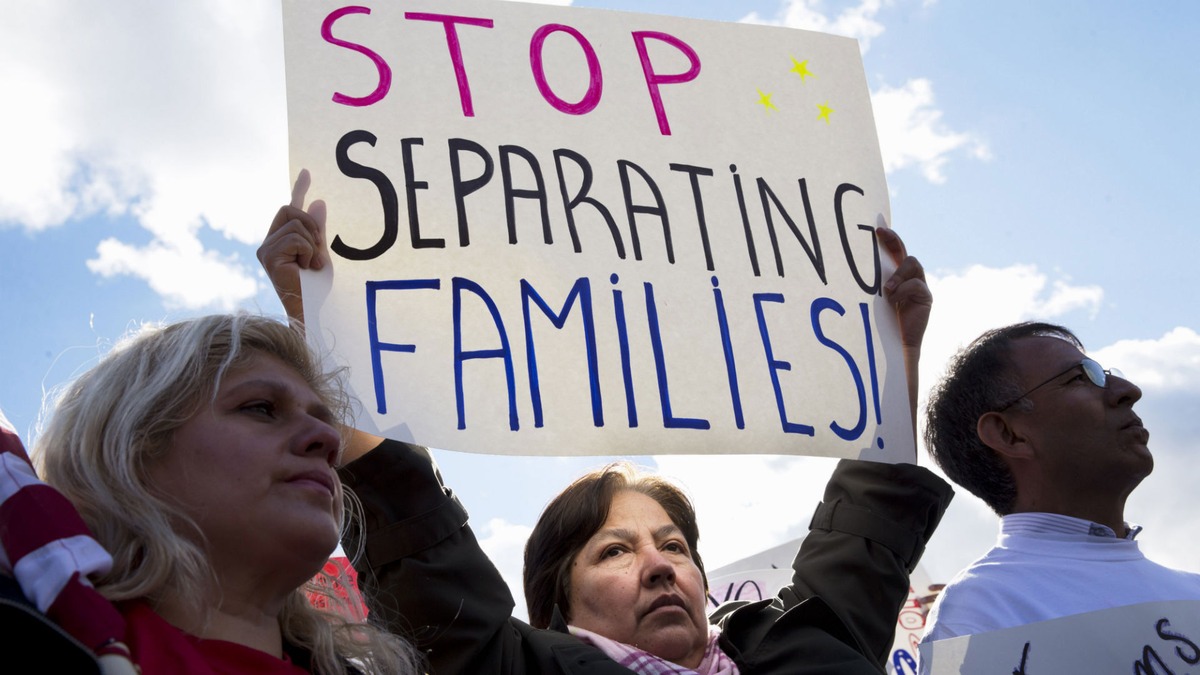 • Number 3: Obama’s executive regulations would be temporary. They expire when he leaves office. So, the Republicans should stop freaking out and stirring up their rabid, red-meat base. If Obama’s actions prove unpopular, this should give the GOP a campaign issue to win the presidency in 2016.

• Number 4: The president has bent over backwards to say that the moment the House passes immigration reform it would supersede his executive orders. So, why don’t the Republicans just shut up and vote? They can undo Obama’s action at any time simply by doing their jobs. But, let’s not beat around the bush. John Boehner never, not for one nanosecond, intended for a House vote on immigration. He is apoplectic because Obama is forcing his hand and creating pressure for a vote that will reveal the Republican House is deeply anti-Hispanic, which will doom the GOP in 2016.

• Number 5: Someone has to be the adult in the room. If John Boehner won’t act to deal with this festering problem – Obama has the legal right to fill the leadership vacuum.

Finally, the Democrats should stop acting like Democrats. Obama should use the element of surprise and sign his Executive Orders this week. Do not give the Republicans time to organize, energize, and regroup – like we did during the healthcare debate. Get them off guard when they are in a state of chaos – and then exploit their disorganization and internal divisions to our advantage.

The day Obama signs these measures, he should go directly to Capitol Hill to demand that the House vote to override his actions. This is the moment to call the GOP’s bluff. It is time to take control and stand for something. And, more importantly, the President must lucidly articulate our position and sell it to the American people. If we do this – we win. If we act like Democrats usually do – all bets are off.

But I am encouraged by the president’s new chutzpah. Barack Obama may find that “he is the one, he has been waiting for.”