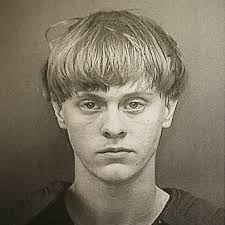 The Tragedy of Charleston Should Be Politicized

The New York Times reports that the leader of a white supremacist group linked to Dylann Roof, the suspect in the murder of nine African-Americans in a Charleston, S.C., has donated tens of thousands of dollars the presidential candidates of one political party.

Which party do you think it is?

Texas donor, Earl Holt III, is the president of the Aryan group, the Council of Conservative Citizens. It turns out that he has an affinity for the GOP. He gave big money to the 2016 presidential campaigns of Ted Cruz, Rick Santorum, and Rand Paul.

Are you surprised? Did you really think that I was going to say that Holt gave money to Hillary Clinton or Bernie Sanders?

Not all Republicans are racists or homophobes. But the vast majority of racists and homophobes are Republicans. Republicans go nuts when you say this. But it’s the truth.

Dylann Roof was inspired by the Council of Conservative Citizens – which was an offshoot of the overtly racist Citizens Councils of the south, set up to preserve Jim Crow, fight the civil rights movement and make life as difficult as possible for African Americans. Even today, the Council of Conservative Citizens opposes “race mixing” as a religious offense and demonizes African Americans as an inferior race.

In Roof’s online manifesto he claimed that he had first learned of “brutal black-on-white murders” from the Council of Conservative Citizens’ website. In other words, his young, impressionable mind was infected by the plague of deep-seated racism by the website of GOP donor Earl Holt.

All these Republicans are going to say that they had no idea of Holt’s race-baiting affiliation. Don’t believe them for a second. I worked in public relations and politics Washington, DC for nearly a decade and before I moved to DC I worked on a United States Senate race in Maine.

From experience I know that every dollar in a campaign is accounted for. Every major donor is well vetted. In the campaign I worked on, we knew exactly who the major donors were, what they stood for, and how they made their money. This Earl Holt character proudly and defiantly listed on some his donation forms that he was a “slumlord.” This didn’t raise red flags? Come on, if you believe that, Chris Christie has a closed down bridge to sell you.

The Democrats don’t consider bigots a constituency to be courted and the Republicans do. There entire party has been built around pitting Americans against each other. For decades, their plan has been to sow division and when that doesn’t work suppress the minority vote.

The moderate business wing has silently gone along with this revolting election model because they need votes from yahoos to get tax cuts, kill unions, and deregulate.

To pull off this despicable little scheme, they have to shut down or shout down the national conversation on race. Every time a tragedy occurs, whether on the race issue or the gun issue, they scream – “we can’t talk about it now, it’s too soon.” Or they go through contortions to deny the problem has anything to do with race, as we saw with the murders in Charleston. Sometimes they disingenuously whine, “don’t politicize tragedy.”

Sadly, a spineless media that is terrified of the right calling it liberal often cowers. And as a result, our society runs on a treadmill and calls it a marathon. We are stuck in place on the festering issue of race.

Do not allow this tragic farce to continue. When a right-winger accuses you of “politicizing tragedy,” don’t run away. Instead, say “damn right we are politicizing racism in America.” Politics is the manner in which Americans seek change, and clearly changes are desperately needed. Politics are the path to altering the status quo. Politics are the way to raise consciousness. Politics are the route to bettering society.

A tragedy is the perfect time for politics, because the real tragedy would be to let nine innocent people murdered in Charleston die in vain.