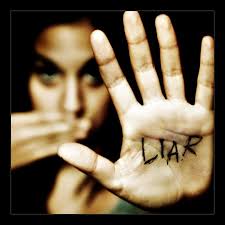 The great paradox of modern politics: The more pious the candidate, the more likely he or she resembles Pinocchio. In the 2016 campaign, talk of morals equals mendacity and professed faith equals falsehoods. The Republican Party, in particular, has become an assembly line of lies, where a stunning array of fabrications competes with outright fraudulent statements.

PolitiFact rated the candidates, and other key politicians, on the percentage of the time they made true or false statements. Republicans took the honors of the top 10 biggest fibbers. Strikingly, Christian conservatives topped the list, with a special penchant to lie for the Lord.

Seventh-day Adventist, Ben Carson, who has a painting on his wall of he and Jesus in robes, was the biggest fabricator. PolitiFact lists eighty-four percent of Carson’s statements as “Mostly False and Worse”. He was closely trailed by Donald Trump at 76%, although, Trump bested Carson in the worst “Pants on Fire” category. I’m sure this excited Trump, who likes to be number 1 at everything.

Ted Cruz, the born again candidate with a father who is a fiery End Times preacher, was number three for the ignominious list with 66% of his statements listed as false. Other family values politicians who topped the 50% whopper mark were Dick Cheney (59%) and Carly Fiorina 50%. Marco Rubio had a disreputable 40%.

In the myth of George Washington, he once chopped down his father’s favorite cherry tree with a hatchet. When his father confronted him, the six-year-old George confessed, “I cannot tell a lie…I did cut it with my hatchet.” If this were little Ted Cruz, he not only would lie about hacking down the tree, he’d earnestly say, with a straight face, “that a tree never existed,” even though there would be the evidence of a tree stump.

The bottom 5 politicians – meaning the least likely to lie – were all Democrats. Ironically, Bill Clinton, whose name Republicans habitually use as a synonym for dishonesty was the most honest politician of all, with only 24% of his statements “mostly false or worse,” and he topped the list of “mostly true or true” statements at 50%. Next time a smug Republican gives their patented smirk and cackle, while throwing around the term “Clintonian,” remind them of this information – not that facts matter anymore to conservatives.

While the democrats could fib a little less, they are positively “Honest Abe Lincoln” compared to their GOP counterparts. Here is where they rank on “mostly false or worse statements”: Bernie Sanders (28%), Hillary 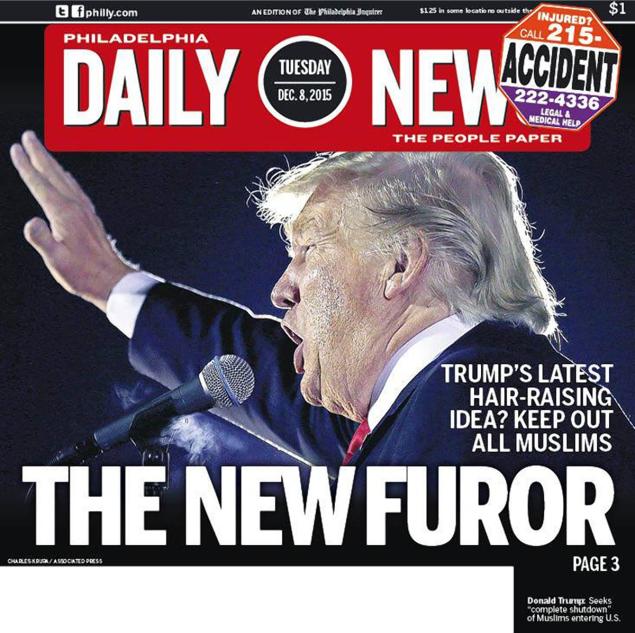 Clinton (28%), Barack Obama (26%), and Martin O’Malley (25%). Paradoxically, while O’Malley is the least likely to lie, he is the most likely to tell half-truths, with only 19% of his statements rated as “true or mostly true.”

So, while all politicians lie, the Republicans are significantly worse, which is strange given that their primary appeal is based upon a sales pitch that they are good Christians who have unimpeachable character – as opposed to the hedonistic liberals.

Christian conservatives have a lot to answer for. Aside from supporting the sleaziest, most dishonest candidates, they also appear to be the most intolerant part of the electorate.

For example, a new Washington Post/ABC News Poll reports that sixty-percent of Americans say Trump’s proposed ban on Muslims who are not U.S. citizens is the wrong thing to do, while 36 percent support it. Less than one-quarter of Americans with no religious affiliation support a ban on Muslims, 24 percent, compared with 40 percent of all Christians and 54 percent of white evangelical Protestants. Isn’t it time these holier than thou hypocrites repent for not loving thy neighbor and supporting dishonest candidates?

The larger problem with Republicans is their lies are more insidious. Carly Fiorina, for instance, offered lurid imagery of an imaginary video where Planned Parenthood allegedly peddled baby parts. Only a few months later Robert Lewis Dear stormed a Planned Parenthood clinic in Colorado Springs, killing a police officer and two civilians, while injuring five police officers and four civilians. When he was arrested he parroted Fiorina and mentioned “baby parts” to investigators. Of course, Fiorina denies any connection, but as I pointed out earlier, half of everything that leaves her lips is false.

Donald Trump’s lies are also particularly egregious. His nonsensical assertion that thousands of Muslims celebrated in New Jersey as the World Trade Center burned on 9-11, has led to a spike in vitriolic speech and hate crimes against innocent Muslims.

The intense focus on countering lies should intensify at tonight’s debate. NBC News is teaming up with PolitiFact, to “vet the assertions” of the various candidates. The added resources of a major network will help right chronic wrongs. This, obviously, spells trouble for Republican candidates who eschew facts for fiction and rely on fables to feed the escalating fears of their rabid base.

Previous post:
Trump is not the Embarrassment, but Embodiment of GOP Next Post:
Miami Beach Sinks as Marco Rubio Sells Out
about the author: Wayne Besen

One Response to A Truth Challenged Republican Party