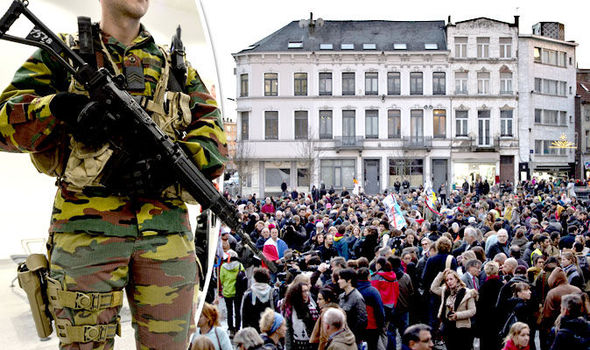 How to Deal with Islamic Terrorism After Belgium

Unspeakable attacks by Islamic extremists are so frequent that they are losing their shock value while maintaining their horror. It’s convenient to invoke the sterile word “terrorism” to describe this phenomenon – but it’s more accurately described as “asymmetrical strategic ideological warfare.” The terror is carried out by those with very specific beliefs who share the aim of using violence to coerce societies into adopting their political ideas and austere way of life.

It’s worked in the Middle East, so why not Europe, they reason? Indeed, the most prominent organization that is promoting Jihad in Brussels is Sharia4Belgium, a salafist Muslim entity listed as a terrorist group by a Belgian judge in February 2015. According to The Financial Times, the country has “a poor record on integrating Muslim communities — the rundown district of Molenbeek, which has dispatched dozens of foreign fighters to the Middle East, has an unemployment rate of 30 percent, triple the national average.”

Jihadists have also exploited a unique cultural loophole in Belgium. The small nation is comprised of two ethnic groups, the Dutch-speaking Flemish population, which represents 59% of the country, and the French-speaking Walloons, which comprise 41% of the people. The result is 19 different police districts in Brussels, and language barriers, which can inhibit the sharing of intelligence.

Today, we try to wrap our minds around this mind-numbing madness that has occurred at the bloody hands if ISIL – which has claimed responsibility for the massacre, in retaliation for the arrest of Salah Abdeslam, the sole survivor of the Paris attacks on Nov 13 that slaughtered 130 people. There were two explosions at the Belgium airport, one of which was set off by a suicide bomber – and another blast at a centrally located subway station. At least 34 people were killed — 14 at the airport and 20 at the subway station — and many more were wounded, including 92 at the airport and 106 at the subway station. These are heinous attacks on our civilization and way of life. They are treacherous butchers who murdered innocent civilians and epitomize cowardliness. This latest massacre of unarmed men, women, and children is terrible and tragic, and must be stopped. The question is –how?

First, we must not panic and overreact. That is exactly what these barbarians want us to do. Even as smoke fills the Belgian airport and subway system – we can’t let it cloud our vision. We saw the disastrous results of oversimplification and overreaction after 9-11. The result was temporary national insanity that led us into a catastrophic bout of foreign adventurism that cost us dearly in blood and treasure.

Second, we can’t demonize all Muslims, who are actually the biggest victims of pseudo-Islamic tyranny. If we turn this into a war of civilizations narrative, we play into the hands of the extremists. Furthermore, we encourage hate crimes against Muslims and those perceived as Muslims, such as Sikhs. We must be mindful of our friends and neighbors who are Muslim, and protect them from the overheated passions of ignorant people inflamed by self-serving politicians.

Third, we must not allow demagogues like Donald Trump and Ted Cruz to scare people into voting for them. Trump wasted no time exploiting the mass murder in Belgium. 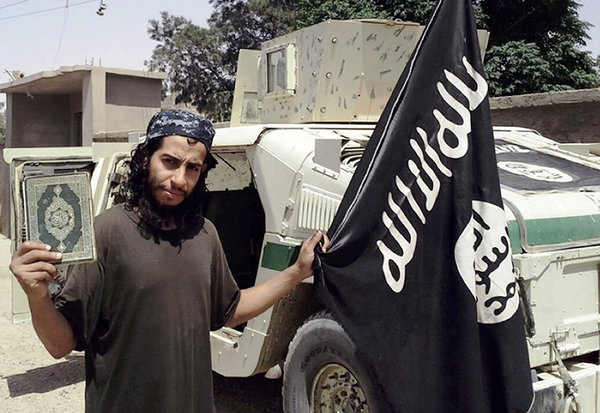 “I’ve been talking about this for a long time. Brussels was a beautiful place,” Trump said to Fox’s Steve Doocy, Ainsley Earhardt, and Brian Kilmeade. “Zero crime, and now it’s a disaster city. It’s a total disaster and we have to be very careful… as to who we allow into this country.”

All Trump’s rhetoric is going to do is marginalize American Muslims and have the opposite affect intended by Republicans. Instead of cooperating with law enforcement to arrest radicals – as many now do – a beleaguered Muslim community unfairly targeted as “the other” will be more likely to hunker down and disengage.

Fourth, while we can’t single out all Muslims, we also can’t be naïve. The suicide bombers are shouting “Allahu Akbar” when they blow themselves up. We must directly confront with specificity those sects within Islam, which offer vile teachings, and evil interpretations of the Koran. In the early 20th Century, Saudi Arabia cut a deal with its religious radicals. In this bargain, the Saudi royal family could rule, as long as the harsh Wahabbi faction controlled the state’s cultural affairs.

This has worked out wonderfully – so far – for the House of Saud, which became fabulously wealthy. It has not worked out so well for the rest of us. Wahabbi clerics are responsible for pumping out hate speech and funding brainwashing centers that radicalize Muslims worldwide.
This hideous Saudi deal with the Devil must end. When we teach people to hate and kill – we should not be surprised when they blow themselves up in train stations and airports.

Fifth, we must adjust our foreign policy to leave as small of a footprint in the Middle East as possible. And, finally, we have to work with our allies — particularly Muslim nations — to militarily pound ISIS into oblivion. They must never be allowed to rest and operate in the open. It’s difficult to establish a functioning state when you have to live in a bunker.

This is a long term fight and there are no easy solutions. But we must be smart and strategic — not bombastic and capricious — if we are truly serious about defeating this formidable foe.