January 24th 2015 – I’ve Got Issues: Ernie Banks passes at age 83, President Obama & The State of the Union, and Darrell West joins us to talk about wealth disparity in America.

Sadly, we mourn the passing of MLB Hall of Famer, Mr. Cub: Ernie Banks.  Ernie had a 19 year career in the majors, all of which came with the Chicago Cubs, and included great accomplishments on the field, as well as off.  In 1953, Banks had been playing in the negro leagues successfully and served 2 years of military service when the Chicago Cubs approached him to be the first black player to join their ball club.  Ernie became one of the biggest stars not only in Chicago but in all of baseball. The numbers don’t lie: A 12 time all-star with a career 407 doubles, 512 homers 2,583 hits and 1,305 runs… much of this during a time in America when he was not allowed to eat in certain restaurants or stay in some hotels just because of the color of his skin.  Banks was truly one of the Greats.  Off the field, Banks served Chicago on the board of the Chicago Transit Authority in the late 60’s and early 70’s and had a number of businesses, including the first black owned Ford dealership, and his own sports marketing firm. Ernie Banks has passed away at the age of 83.

Dogs on the Chicago Metra:

Many Chicago commuters get around the city and to and from the suburbs using The Metra, but there is a problem for some travelers…They can’t bring their 4 legged friends with them on the trip. A new petition(seen here) is circulating on the web this week, seeking to allow small dogs, those that can fit in carriers, to be allowed to ride on The Metra.  What do you think?  I know Doinkers is in favor of it! 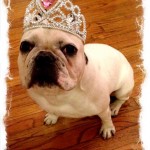 President Obama & The State of The Union: 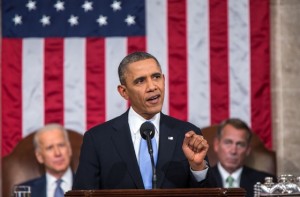 President Obama gave us The State of the Union this week, and assured Republicans that he won’t be running again.  Their moment of joy was cut short when the President informed them he wouldn’t be running because he won the last 2 times. Obama gave an awesome speech covering topics including the economy, equal rights issues, healthcare and education.  Did you like the speech? Would you have said things differently? Let us know on Facebook.  We take your calls on the President, Congress and The State of the Union.

Darrell West joins us to talk about Obama’s State of the Union and The GOP’s new found interest in the issue of income inequality. 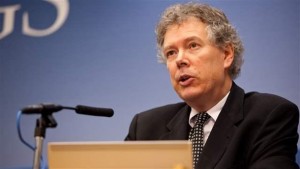 Darrell West is the author of “Billionaires: Reflections on the Upper Crust”,  and President and Director of Governance Studies at The  Bookings Institute in Washington D.C.  We talk about the distribution of wealth in America, or lack there of.  Have we come to a      tipping    point where the wealthy begin to actually stunt their own potential by not paying their fair share of societies financial  burdens?  We talk  about the problems facing our economy and get Darrell’s thoughts on the State of the Union.

Netanyahu Coming to America to Push on Iran

Israeli Prime Minister Benjamin Netanyahu has been invited to address a joint session of Congress on February 11 to discuss a push for war with Iran.  He received the invitation from none other House Majority Leader John Boehner, in what appears to be an attempt to push for war and create a divide in diplomatic relations between many in Congress and abroad who differ on how to handle the possibility of Iran achieving nuclear weapons capabilities.  Republicans seem to only be able to solve problems through division, they only seem to be able to add to the discussion when they are adding stacks of cash to the wallet of Defense Contractors.  That’s what Chris thinks.  What do you think? Let us know on Facebook

I’ve Got Issues w/ Wayne Besen airs Live every Saturday from 4-6p(CST) only on WCPT AM & FM “Chicago’s Progressive Talk.”

Stream the show live from your smartphone using the TuneIn App or by visiting WCPT820.com

Previous post:
When the Fish Are Gone and the Planet is Fried Next Post:
Obama: The Lame Duck is Soaring Like an Eagle
about the author: Chris Schrage