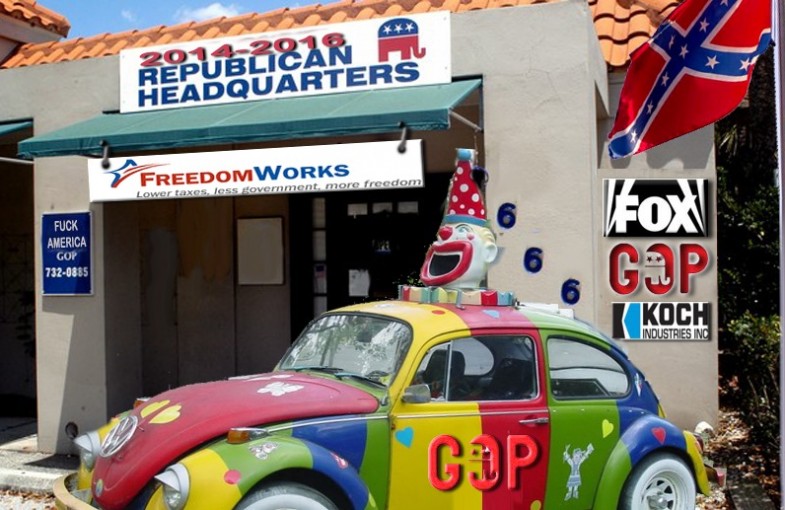 Isn’t it great to be an American? Apparently we have special powers – like X-Men or Super Friends.

Iraq is a country of 32 million people, which is comparable to California’s 38 million residents. Yet, the government in Baghdad can’t defend itself against an estimated 5 thousand Sunni insurgents?

To put this in perspective, United Center has 20,500 seats. It is astounding to me that a small force of angry Jihadis, that couldn’t fill the cheap seats in our basketball stadium, are on the verge of taking over a country with the landmass of Texas and the population of California.

We trained the Iraqi forces for years and supplied their elite forces with modern weapons. Yet, it seems they don’t know how to use them. When confronted in battle, they run away.

Once again, it is Captain America to the rescue. We are sending in 300 magic American military advisors, who will put on capes and use their x-ray vision, invisible planes, and Bat belts to combat the Sunni extremists.

I don’t mean to be impertinent, but what the hell is wrong with these Iraqi troops? There are 5 thousand marauding psychopaths, known for beheading people, rolling towards them and their families, yet they don’t want to fight. They prefer Uncle Sam, who many consider the Great Satan, to pick up arms and do the dirty work.

Iraq is like that sand trap on the golf course that you just can’t swing your way out of. The harder you swing the deeper the ball gets buried. There is simply no way out and no way to win the game.

So far, Barack Obama has handled this crisis well. He has smartly avoided calls by John McCain and the “War Caucus” to hastily invade. Yet, we find ourselves sending in Navy SEALs and Army Rangers to clean up George W. Bush’s mess in Iraq. We are calling them advisers, but they are warriors. Retired Marine Sgt. Adam Banotai puts this in perspective, when he says:

“It is political semantics. We are calling them advisers now, instead of combat troops or boots on the ground. They are the most elite fighters we have, so, if they aren’t going to be combat troops, I’m not quite sure who the President is going to refer to as combat troops.”

So, any way you slice it we are back in Iraq. What are the chances this is going to end well? Don’t get me wrong, I’d personally like to see these Sunni extremists dealt with. They are against everything that I stand for and believe in. However, if we are in this precarious situation after spending more than a decade in Iraq, what makes anyone think we can make a difference in this civil war? 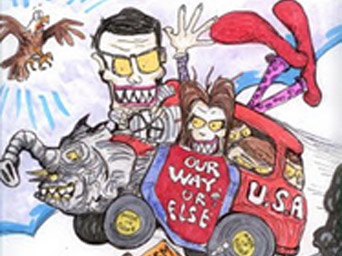 The moment our 300 Super Friends fly Wonder Woman’s invisible airplane back to the aircraft carrier, the Sunnis and Shiites will be at each other’s throats. They will resume their 7th century battle about who was the rightful successor to Mohammed. Do we really want to be the golf ball in this sand trap? I don’t think so.

The pressure from the right to reengage in Iraq is certainly intensifying. Dick and Liz Cheney, otherwise known as the Dynamic Douches, attacked President Barack Obama in a blistering op-ed in Rupert Murdoch’s crown jewel, The Wall Street Journal. (Speaking of Rupert Murdoch, if the Tea Baggers are so fervently against immigration, they should begin their efforts by deporting Rupert Murdoch back to Australia. Here is a foreigner who has inserted himself into our politics and caused grave harm to our system with his propaganda network FOX News. When was the last time any right-winger suggested we send his ass back on a boat?)

Anyway, back to Dick and Liz Cheney’s reprehensible op-ed in the Weird Street Journal. These Dynamic Douches had the chutzpah to actually write, “Rarely has a U.S. president been so wrong about so much at the expense of so many.”

You’ve got to be kidding me. The chief architect of the disastrous war in Iraq that has cost us trillions of dollars, made us less safe, crippled our infrastructure, divided our nation, and left 4,400 Americans dead has the nerve to offer a critique of Obama from the peanut gallery?

Dick Cheney is a diabolical war criminal with zero credibility. As Vice President, he duped an inexperienced, and intellectually incurious, George W. Bush into waging an unnecessary war of choice. That poor decision backfired and continues to boomerang, which is why the Untied States is sending in Special Forces to Iraq. Cheney has inflicted great harm on the Untied States of America. He lied, and cajoled, and manipulated intelligence, and used fear to cow reporters and sell the trusting American people a false bill of goods.

There were supposed to be weapons of mass destruction, but all we found were Cheney’s words of mass deception. Then, the former Vice President told us that our troops would be greeted as liberators. Instead, they were greeted with bullets and bombs. And the cherry on top of this sour Sundae was that the Bush administration refused to raise taxes to appease his wealthy base. So, America put this war on the nation’s credit card, which exploded the debt. Thanks to this fiscal fiasco, we can’t pay for things like hiring enough doctors at the VA to take care of service members injured in this dumbass war of choice.

We don’t have money for education. We don’t have the funds for infrastructure projects to put America back to work. But, we had a decade-long our war in Iraq. Which, apparently still isn’t over.

If this weren’t bad enough, the corporate media that was used and exploited to sell us Bush and Cheney’s pet project in Iraq, are now inviting the very Neo Cons responsible for this nightmare to bloviate on the current situation. All week, the media has opened the clown car and given new life to Paul Bremer, Dick Cheney, Paul Wolfowitz, and William Kristol.

Who cares what these buffoons have to say? What on earth does it take these days, to lose credibility and respectability in the media? How dead wrong does a pundit have to be, before he’s finally considered a putz? There seems to be no limit and no consequences for absolute folly and failure.

Someone, pack these neo-con bozos back in the clown car, weld it shut, and drive it into Lake Michigan. Given the severity of their failures and gravity of their screw-ups, it is unconscionable and irresponsible for the media to put cameras in their faces, microphones in their hands, and offer platforms for them to rewrite and revise history.