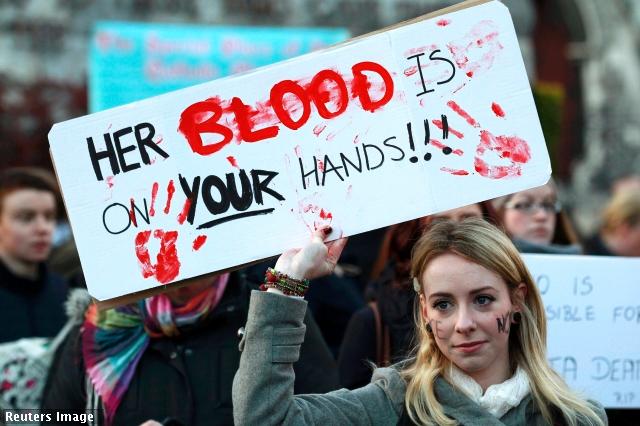 The Conservative Love Affair With Abortion

In a grotesque ode to Big Government, several Republican presidential candidates bowed before the National Right to Life Committee, to vow that they planned to put Uncle Sam in charge of women’s reproductive choices.

GOP hopeful Jeb Bush praised the “extraordinary work” of the National Right to Life Committee and boasted of his efforts to undermine women as governor of Florida.

Florida Sen. Marco Rubio made his pitch too, by referring to Roe v. Wade as an “egregiously flawed” Supreme Court decision in 1973. He told the crowd,

“The White House needs an occupant who values and prioritizes life. And so my pledge to you is this: if you help send me to that place, I will never forget this place. And I will bring advocacy to the White House, and we will get things done.”

Meanwhile, in Wisconsin, Gov. Scott Walker joined the Republican presidential Bozo Bus. Walker will sign a bill that would ban abortion after 20 weeks of pregnancy and includes no provisions exempting women who were victims of rape or incest. 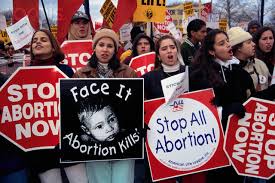 The dirty little secret of Republicans is that while they pose as anti-abortion crusaders, they are actually infatuated with abortions. Perhaps the only other group in America more in love with discarding fetuses is Evangelical Christians. While they talk a good game and throw colorful and sometimes violent protests, they actually promote policies that lead directly to more “dead babies” (their words).

Here is a fact: About half of the 6.6 million pregnancies a year in the United States are unintended. If you want to limit abortions, the answer is clearly to stop unwanted pregnancies. It’s common sense and indisputable.

The New York Times reports that over the past six years, “Colorado has conducted one of the largest experiments with long-acting birth control. Teenagers and poor women were offered free intrauterine devices and implants that prevent pregnancy for years.”

The results were amazing. Teenagers giving birth in Colorado fell a remarkable 40 percent from 2009 to 2013, with a 42% decline in abortions, according to the Colorado Department of Public Health and Environment. The Times points out that “there was a similar decline in births for another group particularly vulnerable to unplanned pregnancies: unmarried women under 25 who have not finished high school.”

The state health department estimated that every dollar spent on the long-acting birth control initiative saved $5.85 for the state’s Medicaid program, which covers more than three-quarters of teenage pregnancies and births. About one-fifth of women ages 18 to 44 in Colorado now use the implants.

If Republicans and Evangelicals really gave a damn about fetuses they would scramble to ensure that every teenage girl and woman who wanted free intrauterine devices and implants would have them. Not only would this mean less abortions, it is also cost effective. You would think that this would be a conservative wet dream. But apparently, these hypocritical phonies would rather see babies murdered (their words) than teenage girls and women have access to birth control.

This is a smoking gun that exposes the true motivation of the anti-abortion industry. “Saving” fetuses is just a convenient smoke screen for exerting power over women’s sexual freedom. If they truly believed abortion was “murder” or “genocide” the number one priority of National Right to Life would be having every state follow Colorado’s lead.

But I guess limiting actual abortions is boring – when the exciting alternative is presenting yourself as leading a moral crusade while cashing the checks of supporters and having your backside kissed by some of America’s most powerful politicians.

Finally, as a result of the conservative Supreme Court, the Obama administration was forced last week to issue new rules that allow companies that have religious objections to providing birth control, such as Hobby Lobby, to opt out of providing care.

Again, the irony is astounding. The leading companies that don’t want to provide birth control fancy themselves to be religious and allegedly oppose abortions. Yet, such two-faced companies are some of the nation’s greatest promoters of abortions, because they make it more difficult for women to have reproductive rights and healthcare.

Next time a protesting anti-abortion extremist shoves a plastic fetus in your face – respond by holding up a plastic implant. By doing so you will have won the argument.

Previous post:
A Dutch Pussy Drinks Martini in Amsterdam Next Post:
The Wayne Besen Show to Debut Next Monday on Chicago’s WCPT
about the author: Wayne Besen

One Response to The Conservative Love Affair With Abortion