Trump Dupes West Virginians into Hurting Their Own Families

In today’s full podcast (Friday, Aug. 4, 2017), Wayne questions how West Virginians could support Trump when his policies devastate their state. Wayne also discusses Trump and Russia, legalizing pot, the cruelty and uselessness of health insurance companies, and he interviews Bob Reiter, Secretary Treasurer for the Chicago Federation of Labor about unions in the Age of Trump.

Donald Trump is the most unpopular president in modern times – with his approval rating at a paltry 33%. Trump failed on healthcare reform, and was humiliated with leaked transcripts from his private calls with the leaders of Mexico and Australia.

Yesterday, the Russia investigation took an ominous turn with Special Counsel Robert Mueller turning to a grand jury in Washington.

So, if you’re Trump, what do you do to lift your spirits? You stage a raucous rally in West Virginia, a state where he beat Hillary Clinton by 42-points.

Justice is famous for bringing a plate of cow manure into the state Capitol to express what he thought about a Republican-passed budget proposal. Well, at least he got something right.

In fine Trumpian tradition, Gov. Justice also appears to be a deadbeat. The Post reports that state tax department has filed four liens this year against of one of Justice’s companies, citing nearly $1 million in unpaid taxes, interest and penalties related to his coalmines.

Trump used the rally to push back against the Russia investigation:

“Most people know there were no Russians in our campaign; there never were. We didn’t win because of Russia; we won because of you. Are there any Russians here tonight? Any Russians?”

Probably not. The Russians are likely waiting where we usually find them — in the White House, or back at Trump Tower, palling around Don Trump Jr. 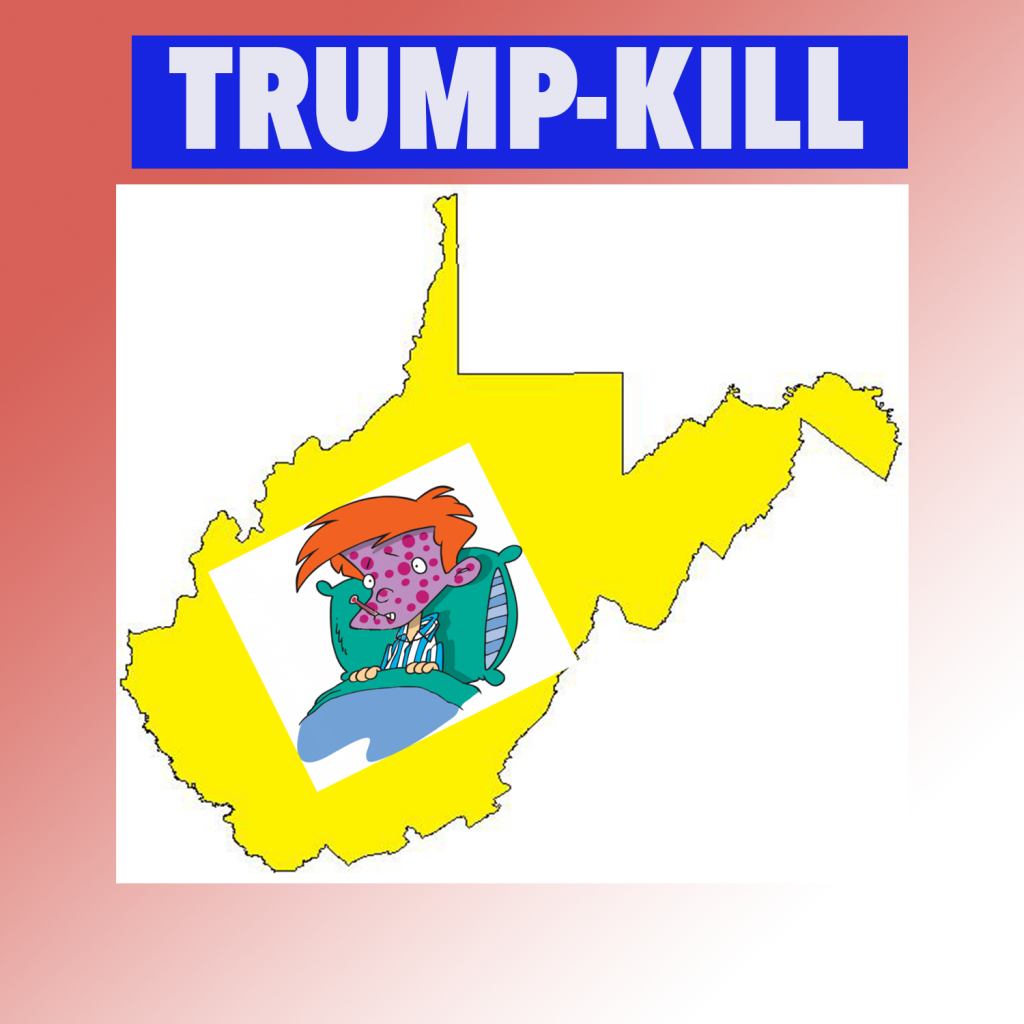 While Trump says, “we won because of you,” he is breezily dismissing the incontrovertible fact that the people at his rally were surely victims of Vladimir Putin’s influence campaign, which flooded the Internet with conspiracies and lies about Hillary Clinton.

At the rally, the president forcefully called for the repeal of the Affordable Care Act. How would this affect West Virginians?

• According to Forbes, West Virginia is the nation’s second poorest state.

• 34-percent of non-elderly West Virginians are on Medicaid.

• A study by the New England Journal of Medicine found that for every 455 people who gained coverage one life was saved. That translates into 409 dead West Virginias each year.

• Nearly $350 million would be lost in tax revenue over five years.

• The Urban Institute estimates West Virginia would lose $14 billion in federal funds between 2019-2028, including $12 billion supporting Medicaid/CHIP. CHIP, by the way, stands for the Children’s Health Insurance Program. You know, protection for their own children.

Given these numbers, the majority of people in West Virginia are either nihilistic masochists, who put party before the health of their own families. Or, they simply aren’t aware that replacing ObamaCare with TrumpKill – will ensure they can’t go to the doctor when they’re ill. Which is kind of sick, if you think about it.

The lyrics in John Denver’s famous song about West Virginia, “Take Me Home, Country Roads”, are “Life is old there, older than the trees.” If ObamaCare is repealed, don’t bet on it.

This is Wayne Besen’s daily Reality Check. Until we meet again, have a great day.