If Donald Trump has cause to fire anyone in his administration, it’s Mike Pence. The Vice President is an ambitious, two-faced serpent, who is serving his own oversized ego and aspirations – far more than the president’s agenda or the American people.

The New York Times reports that Pence is, “creating an independent powerbase” and “promoting himself as the main conduit between the Republican donor class and the administration.”

A mere six months into Trump’s regime, the V.P. has his own political fundraising apparatus – the Great America Committee. The Times reports that it has “overshadowed” Trump’s America First group, raising more money in disclosed donations.

Most Vice Presidents hire a chief of staff with government experience, so they can help achieve the president’s goals – for better, or in this case, worse. Much worse.

But Pence took the unprecedented step of hiring Nick Ayers as his chief of staff, a man who has never worked for the federal government, but is an experienced campaign operative. Hmm, I wonder why Pence made that move?

Pence has been able to get away with sabotaging his boss because he realized that as long as he publically kissed the ring of the Boy King, Trump wouldn’t notice the V.P’s skulldu 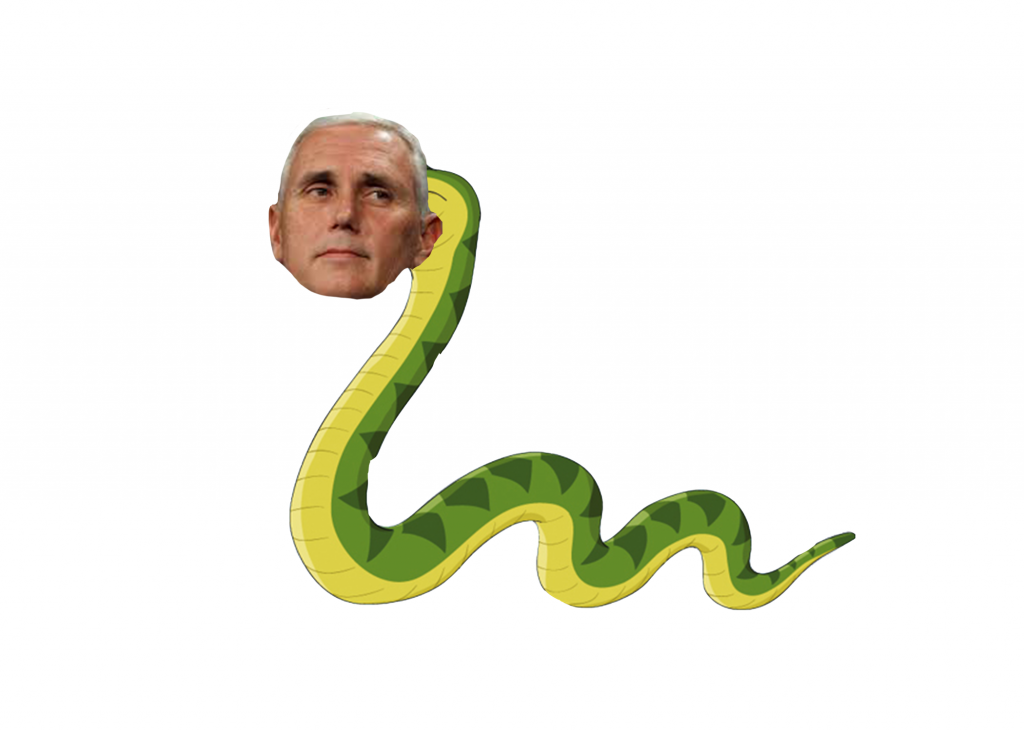 But Pence’s early game of chess has severely undermined Trump because, as the Times writes, “other Republicans eying the White House have taken note.” This has led to an early arms race for 2020, with Senators Ben Sasse of Nebraska and Tom Cotton of Arkansas, and Gov. John Kasich of Ohio, ramping up their campaigns and visiting early primary states, such as Iowa and New Hampshire. To distinguish themselves, they will have added incentive to criticize the president, which will undermine his goals.

Mike Pence is a disloyal and untrustworthy aide. He’s like the child who gets caught unwrapping the Christmas gifts the week before Christmas. He’s the child who opens up the Cracker Jack box from the bottom so he can get the prize first, instead of patiently waiting.

The “V” in vice president stands for vulture, with Pence impatiently circling overhead, while taxpayers fund his scheming and dreaming.

President Trump has already fired many people. Some deserved the ax, such as Communications Director Anthony Scaramucci. Others were unfairly targeted, such as former FBI director James Comey.

But, Donald Trump has every right to fire Pence for insubordination. It’s time to lower the curtain on Mike Pence’s ambitions, before Pence starts measuring the Oval Office drapes.

Previous post:
Trump Dupes West Virginians into Hurting Their Own Families Next Post:
Newsweek: Trump is a Lazy, Low Energy, Loser
about the author: Wayne Besen