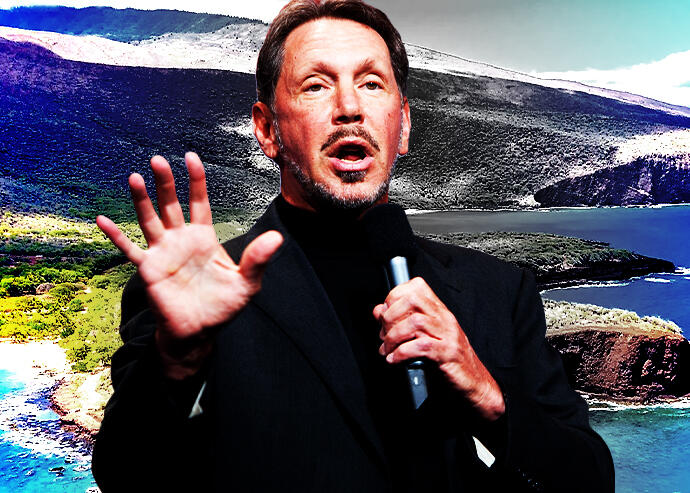 A Republican Island Highlights the Cruelty of GOP Policies

History proves that Republicans are bad for the economy

One of the greatest political con jobs in contemporary history is Republicans convincing Americans that their Party is better at handling the economy. Through pure chutzpah, the GOP has presented itself as the Big Daddy Party of sensible spending, while the Democrats are maddeningly shy about promoting their superior record. But let’s make no mistake, one Party is reckless, and the other is responsible and it’s the opposite of what most Americans think.

Since 1933, the economy has grown at an annual average rate of 4.6 percent under Democratic presidents and 2.4 percent under Republicans. In more concrete terms: The average income of Americans would be more than double its current level if the economy had somehow grown at the Democratic rate for all of the past nine decades. If anything, that period (which is based on data availability) is too kind to Republicans, because it excludes the portion of the Great Depression that happened on Herbert Hoover’s watch.

Additionally, over the last four decades Republican presidents have run up larger deficits than Democrats. Much of this has to do with their cult-like embrace of supply-side economics, which George H.W. Bush once famously described as “voodoo economics.” The concept, also known as “trickledown”, embraces the unsupported idea that tax cuts for billionaires spurs economic activity, thus increases tax receipts. Yes, it does lead to increased spending on yachts and private airplanes, but few voters or small businesses are benefited by this fiscally failed fantasy.

The Times analyses points out:

The evidence now overwhelmingly suggests that recent tax cuts have had only a modest effect on the economy. G.D.P. grew at virtually the same rate after the 2017 Trump tax cut as before it. If anything, the Clinton tax increase of 1993 has a better claim on starting a boom than any tax cut since.

The Republican Party is also behind the hollowing out of the middle class. In the late 1960’s and early 1970’s, American workers thrived as corporations were forced to make concessions to treat employees with dignity and respect. Political scientist David Vogel described the balance of power during that time. “From 1969 to 1972, virtually the entire American business community experienced a series of political setbacks without parallel in the postwar period.”

To reverse this trend, in 1971 future Supreme Court Justice Lewis Powell created a shrewd plan. He penned what is now known as the “Powell Memo”, a blueprint on how corporate America could leverage its wealth to legally bribe Washington politicians into doing their bidding, at the expense of the poor and middle class. Bill Moyers explained how corporate America began gravitating towards Washington to exert its influence.

In 1971, only 175 firms had registered lobbyists in Washington, but by 1982, nearly 2,500 did. The number of corporate PACs increased from under 300 in 1976 to over 1,200 by the middle of 1980. On every dimension of corporate political activity, the numbers reveal a dramatic, rapid mobilization of business resources in the mid-1970s.

Ronald Reagan’s demonization and demoralization of the labor movement sped up America’s economic decline. Most notably, he fired 11,359 air-traffic controllers who were on strike seeking higher wages and shorter hours. The end result of Republican economic malpractice is a nation where 58% of Americans live paycheck-to-paycheck – and those are the lucky ones. The rest survive by running up credit card debt, with balances reaching $841 billion in the first three months of 2022.

Republicans would be quick to blame President Joe Biden for inflation and high gas prices. However, he’s cleaning up the mess caused by Trump’s tax cuts. He was also handicapped, at least initially, by supply chain difficulties, which were greatly exacerbated by Trump’s abysmal handling of COVID-19.

Furthermore, there isn’t much Biden can do to control fuel prices, considering they are set by world markets. Inflation is also a global phenomenon, so to blame the Democrats is ludicrous. If Biden is the primary cause of inflation, as Republicans cynically claim, then why is Turkey experiencing a 78% rise in inflation, Argentina 60%, The European Union 8.6% and the United Kingdom 9.1% — all equal or greater than the United States at 8.6%. Obviously, something more is going on than Biden and the Democrats policies. But asking Republicans to think rationally or engage in critical thinking is a bridge too far.

The GOP’s trifling macroeconomic performance has historically been tempered, at least at the national level, by Democrats. They have fought for labor, tried to roll back reckless GOP tax cuts and raise the minimum wage. The Democrats, working with labor unions, have historically improved safety, helped end child labor, instituted the 40-hour workweek and created our beloved weekends.

One wonders what conditions would be like if the Republican Party had no constraints and could assert full control over the lives of working people. Fortunately, we no longer have to speculate. There is a real-world example of a Republican-owned island where their cruel and draconian policies have been put into action.

Lanai is a former pineapple plantation and one of the Hawaiian islands. In 2012, it was bought by Larry Ellison, the founder of Oracle Corp, the 11th wealthiest person in the world and a GOP mega-donor. With his $300 million purchase, Ellison controls roughly 90% of Lanai.

Instead of using his money and clout to improve the lives of Lanai’s 3,000 residents, he behaved like a quintessential “Cadillac Conservative”, catering to the ultra-wealthy at the expense of everyone else. He brought in Nobu, a posh restaurant that few residents could afford to dine at. According to a must-read article by Bloomberg titled, The Lord of Lanai, Ellison’s takeover of the island has given him extraordinary power over the island’s citizens:

So it goes on Lanai, where Ellison is a modern American king—incomprehensibly wealthy and powerful. Many residents both rent from him and work for him, and a provision in his residential leases states that if you’re terminated from a job with any of his companies, you can be kicked out of your home, too. Under Ellison, 30-day leases have become the norm for Lanai’s small businesses, as opposed to the five-year terms some were used to before.

This is Exhibit A of Republican economics. They don’t want to pay workers what they are worth, provide benefits or share power. Instead, they create a toxic, top-down ecosystem that keeps workers habitually insecure and perpetually dependent. If conservatives can force their employees to live hand to mouth, they’ll hesitate to open their mouths to ask for higher salaries or safer working conditions. With the power to make one homeless or lose their business within 30-days, Ellison is essentially a nobleman lording over a peasant class toiling in his fields. They have virtually no options, few rights and their lives could collapse in an instant if they so much as look sideways at a manager.

Ellison, it seems, is creating an authoritarian Republican paradise, where the rich rule unobstructed and the people beg, hat in hand, for his benevolence. According to Bloomberg:

Most of the more than 30 Lanai residents interviewed for this story say that because there are no real alternatives to Ellison’s control, his decisions carry the force of law, with a minimum of discussion and hardly any due process.

Lanai’s small businesses are sputtering, and even by US standards, the island’s housing shortage is extreme. There’s only one home for sale as of early June: a beachfront estate for $7.9 million. The median household income is $59,000, but it appears to be climbing as richer residents move in. Locals whose families have lived on the island for generations, often sharing homes with parents and grandparents, are leaving as Ellison’s construction workers and Four Seasons employees fill practically every available bed.

This seems like gentrification on steroids, with Lanai becoming the world’s largest gated community. To the extent normal people have a place on the island, it’s to serve as maids for millionaires and butlers for billionaires. Given Ellison’s vulture-like behavior, it’s no surprise that he’s fond of repeating a quote from Genghis Khan, “It is not sufficient that I succeed—all others must fail.”

Another Republican hobby, indifference to the environment, is evident on “Lord Ellison’s” island. Solomon Pili Kaho’ohalahala, represents the island’s humpback whale marine sanctuary. Bloomberg reports that Ellison has refused to speak to him about conservation. “I’ve been waiting now for 10 years to have a conversation,” says Kaho’ohalahala. Additionally, he claims that Ellison has done squat to deal with the mushrooming deer population that is damaging the local ecology and that coral reefs are being harmed as mud from the island slides into the Pacific Ocean.

Republicans also have a strong preference for private schools that favor the wealthy. On cue, Ellison has talked of creating schools with an $895 a month tuition. Obviously, the children of servants laboring at his Lanai Four Seasons hotels won’t be able to afford such an exorbitant price. Bloomberg reported that Ellison’s representatives met with concerned parents, but ‘things got more heated when attendees began asking whose kids, exactly, the new school would be for.’

If Republican leaders had their way, we’d all be serfs on their feudal farm. Albeit, they have already done enormous damage, with the top 1% of U.S. earners now holding more wealth than the middle class. It’s understandable that people are upset about gas prices and inflation. However, voting Republican is the opposite of what is needed for the economy to fully rebound. The GOP has no plan to help working families and would love nothing more than fully transforming all of America into Lanai.

Previous post:
Podcast: The Supreme Court’s Ruling to Sabotage the EPA was Reckless and Dangerous Next Post:
Podcast: Fantasy Island Turned Frightful by GOP Billionaire
about the author: Wayne Besen