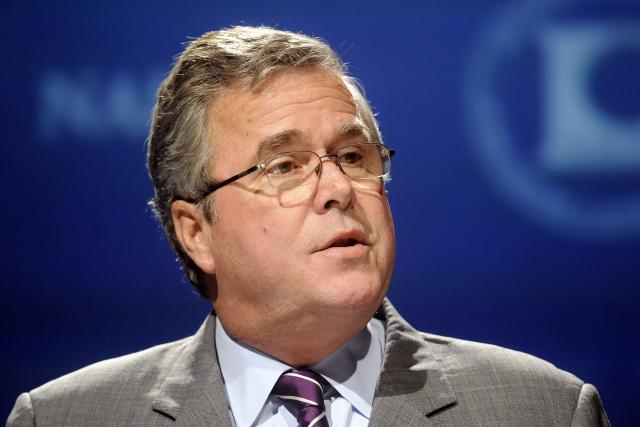 It appears that Jeb Bush is gearing up to run for the White House. The question is whether America is ready for another Bush? This question is especially true now that George W. Bush is back in the news, defending the CIA over allegations of torture.

I think his name is a positive in that he comes from a family with connections and 100% name recognition. So, he doesn’t have to take months spending gobs of money to introduce himself to the country.

But the Bush name is a double-edged sword. It is absolute poison to half of the country. It doesn’t help that the last Bush is dumb as rocks and will go down as one of the worst presidents of all time. Furthermore, at a time when Americans are frustrated and angry – do they want to return to a familiar name that is equated with the establishment? The status quo?

But, in fairness, you can also make the same argument against Hillary running. But the Clinton legacy is equated with a booming economy of historic proportions. While the Bush name – both father and son are deeply associated with recessions.

Voters mistakenly believe that Bush is moderate – and I suppose he is if you compare him to creeps like Ted Cruz and Michelle Bachmann. But, he’s actually quite conservative on social issues.

A Southern Baptist leader, Russell Moore, visited Jeb at his Miami-office earlier this year. According to the New York Times, he came away impressed. He said that Jeb “wasn’t embarrassed” about his staunch opposition to gay marriage and abortion from his time as Florida’s governor.

It seems that Bush has two problems with conservatives in the GOP primaries: His support for Common Core education standards – which 58% of Republican parents are against. And, his support for comprehensive immigration reform. I think he can overcome the former, but the latter is a poison pill that will be too much to swallow. I’ve seen some of the protests up and personal. Many of these Tea Bagger-types hate immigration with a special passion only rivaled by Religious Right hatred for gay people in the early 1990’s.

Immigration may be Jeb’s undoing.