On Saturday, January 10, I will discuss the TLC show “My Husband’s Not Gay.” I will interview Barbara Leavitt, an LDS woman who was married to a gay man , before the marriage collapsed (also see video below). I will also speak with Bonnie Kaye — an author who can help spouses who find themselves married to a gay partner. Here are audio clips from these interviews. “I’ve Got Issues airs on WCPT on Saturday’s from 4-6PM CT and can also be heard on Chicagosprogressivetalk.com. The show will also be available to download as a podcast on iTunes.:

This week, Florida became the 36th state to allow gay couples to marry. The world is rapidly moving forward. It’s incredible to be alive and watch an ancient prejudice diminish by the day.

Unfortunately, not everyone is not marching forward into the 21st Century. Even today, gay people who grow up in conservative faith traditions are under pressure to conform. If they come out of closet, they are frequently ostracized. If they are honest and open, they can go from insider to exile in a blink.

This can create a soul-crushing crisis. A person is forced to choose between their sexuality and spirituality; their freedom and their faith; their happiness and their holiness.

Of course, this is a false choice. There are many LGBT people of faith, while several mainstream religions support full equality. Furthermore, every medical and mental health organization in America states that homosexuality is not a mental illness.

But there is little solace for those tormented gay people who are told they must learn to fit in or be thrown out. Into this cauldron of guilt and shame – many gay people are browbeaten into marrying the opposite sex. The fact is, these relationships rarely work and are usually destined for failure. But many churches don’t care about the human toll; the suffering; the sadness that occurs when these arranged marriages collapse. They see the destruction of these families as collateral damage – necessary to maintain a façade.

Unfortunately, the cable network TLC has chosen to exploit the people going thorough this existential faith crisis. On Sunday, January 11, TLC will air a so-called reality show called, “My Husband’s Not Gay.”

TLC will follow a group of Mormon men who actually are gay – but have chosen to suppress their sexual orientation and marry women. The men that TLC is following are not ordinary Mormons. They are part of North Star, a so-called “ex-gay” activist organization based in Utah. This group uses junk science to portray LGBT people as inferior. They unethically employ guilt to humiliate people into following in their woefully misguided footsteps.

For TLC to be spotlighting such unstable marriages is reckless and irresponsible. This is not reality TV, but propaganda from Mormon extremists who want to persuade young gay and lesbian people to surrender their humanity and embrace marriages that are likely doomed to fail and cause great 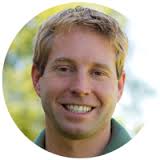 The goal of North Star is to use TLC to manipulate impressionable, terrified LGBT teenagers who live in conservative religious homes. The result of family rejection can be dangerous, if not deadly. A 2009 study by San Francisco State researcher Caitlin Ryan shows that LGBT teens that experienced negative feedback from their family when they came out were 8 times more likely to have attempted suicide, 6 times as vulnerable to severe depression, and 3 times more likely to use drugs.

And then there are the spouses who are dragged into these dramas. They are often lied to – and told that their spouse is attracted to them – when this is usually not the case. This leads to an unsatisfying marriage and psychological trauma. When the travesty ends, the jilted spouse has to pick up the pieces of his or her shattered life and start all over again from scratch.

In what universe is such dishonesty and deceit considered good morality or family values?

It is disgraceful that TLC is airing “My Husband’s Not Gay.” For decades, the Religious Right has promoted such “ex-gay” programs, and these hubristic experiments have repeatedly failed. Several of the most prominent spokespeople have recanted their views and expressed deep sorrow for the pain their work caused over the years.

Alan Chambers, who ran the now defunct Exodus International, admitted that 99.9% of those he encountered in the movement never changed their sexual orientation. John Paulk, who was once the poster boy for the movement, appearing on the cover of Newsweek in 1998 with his then wife, now is living as an openly gay man and apologizing to those who were hurt by his work. Recently, Yvette Cantu Schneider, who once held prominent roles on the religious right advocating for reparative therapy, recanted her past work and now speaks out as an advocate for LGBT equality. John Smid, one of the former stars of the “ex-gay” movement, recently married a man in Oklahoma, and has been working to repair the damage done by his previous work.

If TLC actually cared about reality TV – it would scrap the current series. In its place, they would produce a show about the spouses who had their lives ruined by marrying closeted gay men or women. It would depict how these people had their lives left in ruins. It would portray how these brave souls are moving forward to rebuild their lives from the wreckage. This would be Reality TV – that would reflect, well, reality. 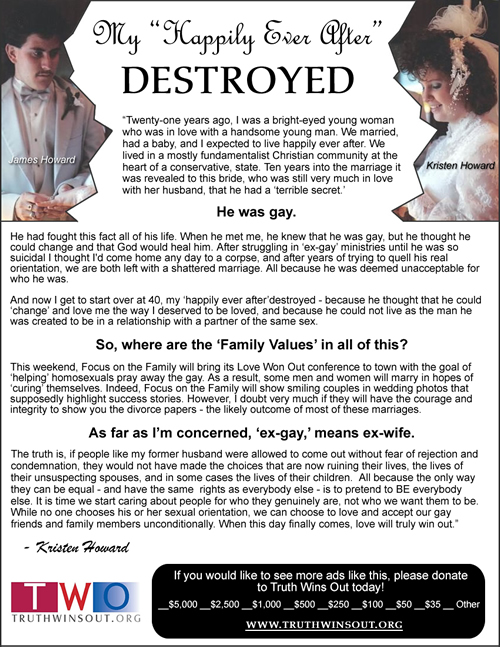