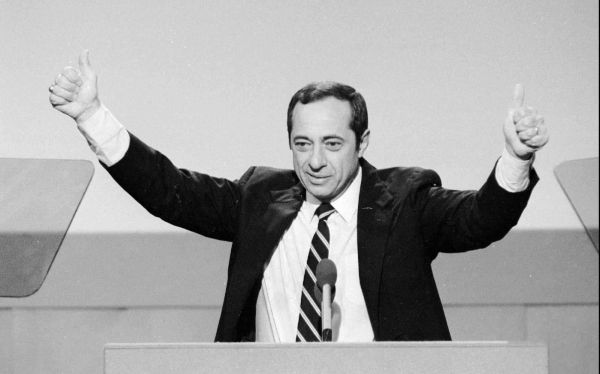 A New Show for a New Year, and you know I’ve Got Issues!

We start off the program with the debate stewing in Chicago about possible locations for the Obama Presidential Library and The Burnham Plan, which has been the design plan in place to protect the Chicago Lakefront from over-development for over 100 years.  Some people including the local “Friends of the Parks” believe a number of the University of Chicago’s suggested sites for the library could endanger Jackson or Washington Park.

“FOTP supports placing the Obama library near a park, but that putting it directly inside of one would be an inappropriate use of open space.” – Cassandra Francis, President of FOTP

We will take your calls on the issue, and we will discuss the life and legacy of former New York Governor Mario Cuomo.  Cuomo passed away this week at the age of 82.  He served 3 terms as Governor of New York and toyed with the idea of a Presidential run, but ultimately chose a different path. We take your calls on the Governor, and his impact on Democratic ideas.

Here is his 1984 DNC Convention Speech in San Francisco that burst Cuomo onto the national scene.

Asked once how he wanted to be remembered, Mario Cuomo replied: “One of the simple things I wanted to achieve is — I want to be governor. I want to be the hardest working there ever was. And I want, when it’s over — and I figured on four years at first — I want people to say, now, there was an honest person.”

He was that and so much more… Mario Cuomo, you will be missed!

Is this country ready for another Bush?  We get your opinion on the possibility of a Jeb Bush Presidency.  He seems to be the more intelligent of the Bush Brothers, but he is also finds himself at odds with the Republican Party base on issues like immigration and common core education.

Don’t forget to Listen to I’ve Got Issues w/ Wayne Besen Live, every Saturday from 4-6pm(CST) only on Chicago’s Progressive Talk!