Traditional conservatives, who just want to screw over working Americans on taxes and trade, as well as start a profitable war every now and again, are in a state of outright panic as Trump has fully taken over the Republican Party. For this Koch Brothers crowd, racism is primarily a cynical political device to occasionally trot out during campaigns. Think George H.W. Bush’s Willie Horton ad. They use racism and xenophobia to create fear and trick the rubes into voting for corporate Republicans, who once in office, pay lip service to the bigotry – while shilling for the banks. After all, they want cheap immigrant labor, not a wall.

Many of the rank and file Republicans in the Red States have finally caught on to this scheme and are demanding a reordering of the GOP coalition. The few remaining elite Republicans are horrified. They often live in urban centers, have little in common with this angry, bitter rural base. They don’t eat at the Waffle House and they can’t figure out what the hell chicken fried steak is? Is it chicken or steak? It has to come from a chicken or a cow, which one is it?

These Cadillac Conservatives love to champion the 2nd Amendment, but most of their hunting is done in the Chelsea Market for the greenest arugula and organic, cage free eggs. They no longer have anything culturally in common with the rabid, frothing at the mouth Base. They used to bond over the NFL, but apparently less so after Colin Kaepernick’s on-field protests against police brutality.

The elite Republicans are also confused over how to handle Trump’s latest race-baiting outbursts. To them, what Trump is doing is gauche. Cadillac Conservatives are used to couching their racism, but Trump has shown you can win by appealing to the couch potatoes watching FOX News and screaming racist and homophobic insults at the television.

So, to deal with these changes to the party faithful and try to control the rebellious base, a handful of snobby Republicans hosted a conference in DC. The goal was to embrace the term nationalism – and reframe it in a non-bigoted way. Which is like trying to reframe ice cream as health food because it has milk.

This is how The New York Times covered the conference: “Ever since Donald J. Trump laid waste to its ideologicalshibboleths with his victory at the polls, the conservative intellectual class has been scrambling to keep up with him.”

First, conservative intellectual class is an oxymoron. These are the people who brought us trickle down economics, said the Iraqis would greet us with flowers, offer thoughts and prayers after each gun massacre and don’t believe in climate catastrophe. What good idea has the so-called conservative intellectual class given the world in recent decades? Well, Mitt Romney did give us ObamaCare in Massachusetts – but he had to disavow that. But I digress.

So, back to this National Conservatism Conference, where the former Grand Poobah’s of the Republican Party decided that if you can’t beat The Base, fool them, and make it look like you are joining them. These fancy Republicans are now trying culturally appropriate Trump’s nationalism and claim it as their own.

According to the Times: 500 policy thinkers, theorists, journalists and students gathered in a ballroom at the Ritz-Carlton for the start of a three-day event dedicated to charting a new path for conservatism under the banner of nationalism. And not the kind associated with tiki torches and Nazi salutes, the conference was at pains to make clear.

In today’s GOP, that’s like saying we support restaurants without utensils or banks without ATM’s. With Trump’s election, the hideous horse of bigotry has not only has left the barn, he’s left Kentucky and galloped halfway to North Carolina. To paraphrase Natalie Merchant from the band 10,000 Maniacs Trump has correctly read the base and he’s giving them what they want. And, what they want is to take of the gloves, take off the mask and show their true heinous colors.

For example, did you see the sickening Internet ad forwarded on Twitter by the Republican Country Chairman’s Association of Illinois? It had unflattering pictures of the Democratic Congresswomen in “The Squad” with the headline “The Jihad Squad.” It was captioned, “Political Jihad is their game.” It ended with a spoonful of required conservative victimhood saying, “If you don’t agree with their socialist ideology you’re racist.” No, we are calling y 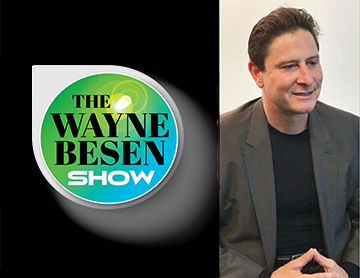 ou racist because you are creating racist ads like the one in question.

Scorched by the criticism, the Illinois GOP chairman apologized and said, the ad did not reflect the party’s values. Like hell it didn’t. We all witnessed Trump’s vile North Carolina rally. We all heard the vicious chants of “send her back.” So, don’t tell us that you don’t value racial incitement and religious bigotry. In today’s Republican Party, that seems to be all the base values. That is who they are and what they stand for.

So, this fancy Republican conference of pseudo intellectuals at The DC Ritz – no doubt a regular Tea Party hangout – branded their new effort “Conservative Nationalism.” But this is where it gets interesting. Many in the crowd were turning their backs on unfettered free market capitalism, they rejected globalism and military adventurism and basically every policy the Republican Party for decades has stood for.

So, as I said earlier, much of The Base has finally caught on that they are the ones being exploited by Fat Cat, tax-cut happy Republicans. They know that they saw virtually no personal benefit from the huge Trump tax-cuts for millionaires and billionaires. The last thing they want is a bunch of snooty pencil pushing, Ivory Tower Ritz Republicans from the Upper East Side wrapping musty old failed conservatism in a shiny new package called “National Conservatism.”

Ironically, what they increasingly support are progressive policies that help their families. They want healthcare and help with childcare. Many of these folks work in restaurants or Wal-Mart, so they support a higher minimum wage. They are humiliated because they can’t afford to send their children to college without going deep into debt. They want fiscal policies to improve their lives, not make the 1-percent even richer.

This new reality creates a conundrum for The Base. They can continue supporting the modern GOP – which gives them permission to openly and proudly express their racism hate under the banner of casting off political correctness – but with the cost of being taken advantage of economically by Country Club set.

Or, they can vote for Democrats and improve their economic station in life, but at the price of curbing ostentatious displays of bigotry in the public square. Up to now, the rabble has chosen hate over helping their families and has voted Republican

But the times are a changing. The Base feels empowered and they are beginning to wonder if they can’t have it all. Why not have a more economically equal society – but still be able enjoy the sport of immigrant bashing? Why not be anti-Koch Brothers, while being anti-Semitic at the same time? As long as we are free to be racist, do we really need a free market? This solves the dilemma, for example, of a white worker who supports his union, but also wants to build a wall at the Mexican border and insult his gay neighbors.

This is important. FOX News commentator Tucker Carlson stole the show at the conference with a speech he titled, “Big Business Hates Your Family.” According to Carlson:

“The main threat to your ability to live your life as you choose, does not come from the government, it comes from the private sector,” he declared. “I can’t believe I’m saying that!” But, he did say it and the crowd loved it.

Carlson recently praised some of Sen. Elizabeth Warren’s economic ideas. What he and Steve Bannon have figured out before the rest of the Republican Party, is that the road to future power may be decoupling free market capitalism from conservatism. What Republicans seem to want are conservative social policies combined with relatively progressive economic policies, which are administered by a strongman who is unaffected by the cumbersome rules of the U.S. Constitution.

The name for this is not National Conservatism. It’s a form of National Socialism. Let that sink in for a minute.

Of course, Republicans would never use the word socialist. They would veil their socialism in nationalistic terms. For instance, to justify a national healthcare plan, they would call it Patriot Care and sell it by saying, “a healthy nation is a wealthy nation.”  They might offer the Yankee Doodle Dandy Plan and make sure people signed up by the 4th of July.

But don’t think that Donald Trump in – God Forbid — a second term would have any allegiance to the Republican elite who, behind the scenes, have nothing but contempt for his ignorance and incompetence, not to mention his boorishness and bigotry. And, as a populist, in worst sense of the word, who is independently wealthy, Trump can make significant changes because he isn’t reliant on Koch Brother cash.

Obviously, the Republican Party is not there yet. As the conference shows, this fight is still playing out. But the outlines of a potentially emerging National Socialism are plain to see for anyone who is looking and paying attention to trends.